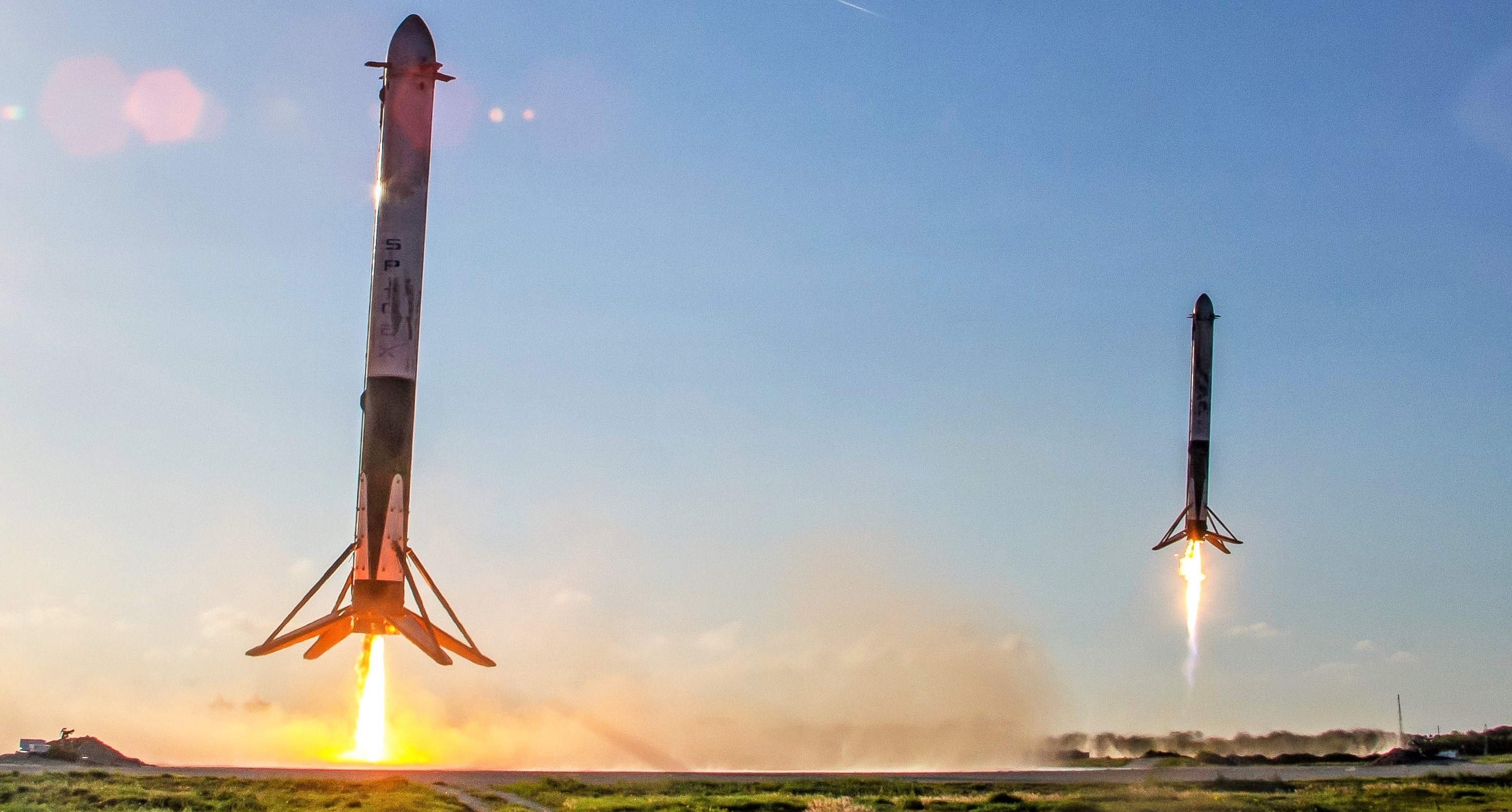 Falcon Heavy Block 5 side boosters B1052 and B1053 are set to duplicate this spectacular simultaneous landing as part of their second launch. (Credit: SpaceX)

SpaceX has made a name for itself for being one of the only private space companies today to deploy a fleet of rockets that are capable of being reused for multiple missions. Elon Musk has sworn by the economics of rocket reusability, and this is shown by SpaceX’s launch prices compared to competitors that use expendable rockets. Yet for Tory Bruno, the CEO of ULA, the economic sense behind reusable rockets like the Falcon 9 is still questionable.

Interestingly enough, the ULA is poised to use Blue Origin’s BE-4 engines for the first stage of its expendable Vulcan rocket. Like SpaceX, Blue Origin’s vision of spaceflight involves rockets that can be reused multiple times before they are retired. ULA, for its part, notes that it may decide to recover and reuse the Vulcan’s BE-4 engines down the road, using a system that disengages the units after launch and having them fall back through the atmosphere while being protected by an inflatable hypersonic shield.

A helicopter would then be positioned to catch the engine section midair while it makes its descent. ULA has come up with a noteworthy name for this system: the Sensible Modular Autonomous Return Technology, or SMART approach. In a statement to Aviation Week, ULA CEO Tory Bruno explained the strategy behind the company’s SMART strategy.

“It does not impact, in any significant way, the overall performance of the launch vehicle because you don’t have to save fuel to fly home with. You still get to burn up all your fuel, separate your engine, which is the most expensive piece, and recover it,” Bruno said.

Elaborating further, the ULA CEO mentioned that ultimately, he believes that the economics of reusable rockets is still up for question. Bruno argued that it is still difficult to ensure that using reusable rockets instead of expendable machines actually saves money.

“We have not really changed our assessment over the last couple of years because we have yet to see the other forms of reusability—flyback or propulsive return to Earth—demonstrate economic sustainability on a recurring basis. It’s pretty darn hard to make that actually save money… We’ve seen nothing yet that changes our analysis on that,” the ULA CEO said.

The ULA CEO’s points about the possible lack of savings on reusable rockets put him in stark contrast with other noteworthy leaders in the space industry. Apart from SpaceX CEO Elon Musk, fellow billionaire Jeff Bezos of Blue Origin is also intently focused on using reusable rockets. Even Rocket Lab CEO Peter Beck, whose company designs and launches small rockets, has embraced the idea of reusing previously-flown boosters.

In a statement in August 2019, for example, Beck noted that he actually had to “eat his hat” when it came to reusing his company’s rockets. “For a long time, I said we weren’t going to do reusability. This is one of those occasions where I have to eat my hat,” the Rocket Lab CEO said.

That being said, the fact that the ULA CEO is considering reusing the Vulcan’s BE-4 engines may be considered as a small win for reusable rockets. Perhaps in the near future, Bruno would see exactly why SpaceX has grown so much over the years, and why the company is practically launching its Starlink satellite internet system at a minimal cost.

“We view (rocket reuse) as sort of a journey. We’re going to start with the engines because we’re pretty sure we can save money with that and pass those savings on right away. As we learn more by doing, we’ll continue to assess other valuable parts of the rocket, and we may discover that we can do that there as well.