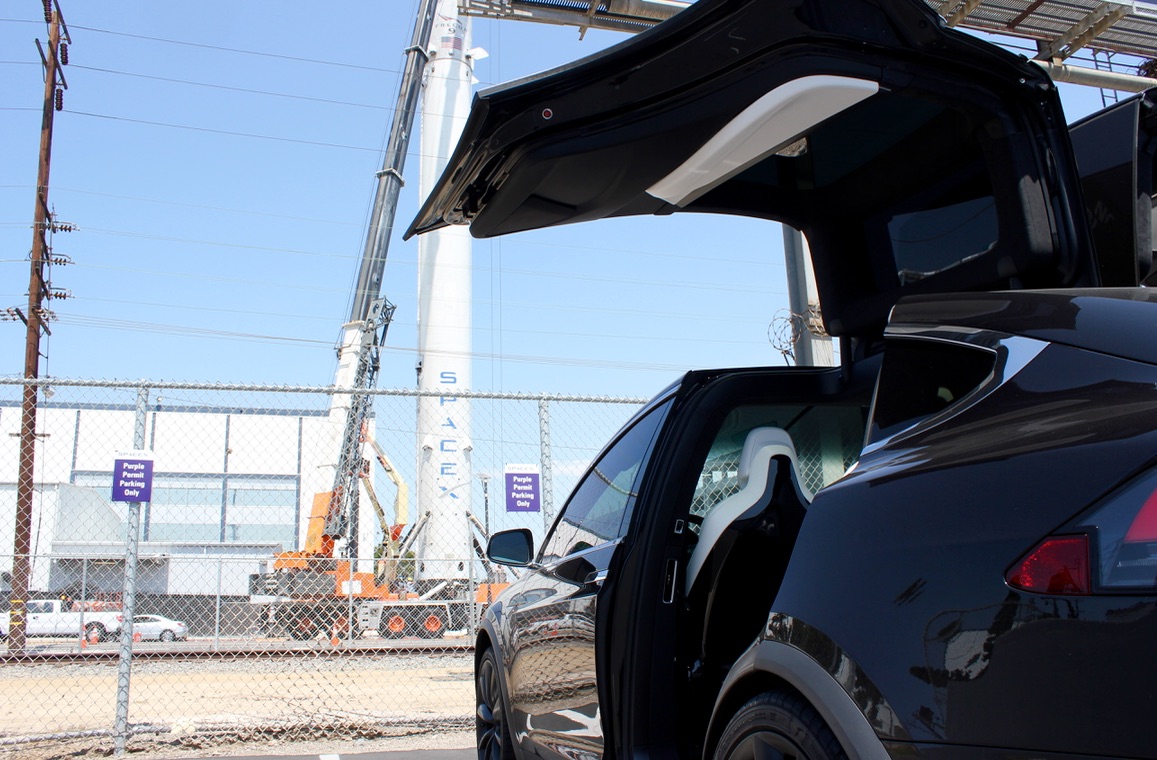 In a May interview with CNBC’s Morgan Brennan, SpaceX President and COO Gwynne Shotwell revealed that Falcon 9 rockets and Dragon spacecraft currently rely on Tesla-derived battery tech for their internal power needs during launch and on orbit.

This statement was strengthened by recent job postings at Tesla implying that hires would facilitate SpaceX where possible, as well as LinkedIn profiles to current materials technicians and engineers with both Elon Musk-led companies. 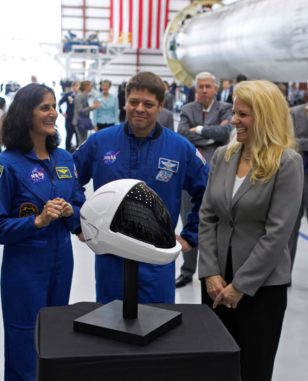 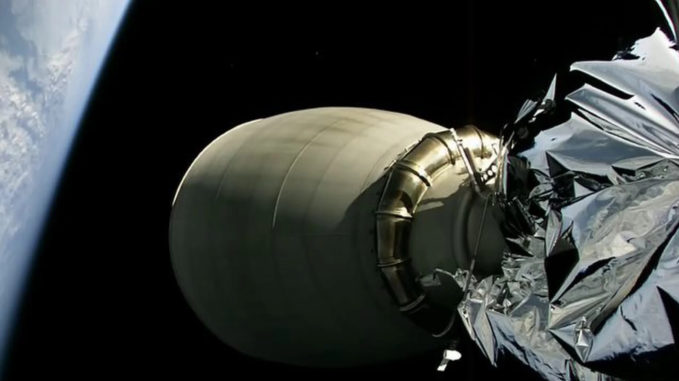 Falcon 9’s upper stage, seen after successfully lifting the Iridium NEXT-2 mission into orbit. The engine nozzle pictured is about 9 feet across. (SpaceX)

Shotwell’s claim that Tesla battery expertise is leveraged within the company’s Falcon 9 and Dragon vehicles confirms a much more direct level of interaction, hinting that hardware sharing routinely and systematically occurs between Tesla and SpaceX. In the past, CEO Elon Musk has noted that SpaceX’s special mix of aerospace materials expertise has at points been a major help in solving separate problems faced by Tesla’s engineers and technicians in their pursuit of electric vehicle manufacturing. More recently, Musk also indicated that The Boring Company already uses Model 3 electric motors and battery packs in their experimental tunneling efforts, and has hopes that Tesla expertise will enable even greater advances in tunnel-building.

In the opposite direction of tech transfer, it’s likely that Tesla battery engineers – if not the actual hardware used in the Model 3 and the company’s fleet of electric vehicles – have played major roles in the design, production, and operation of SpaceX’s orbital spacecraft, especially avionics and power supplies. While the first stage (S1) of Falcon 9 only operates on internal power for ten or fewer minutes, Falcon 9’s upper stage (S2) and SpaceX’s Cargo and Crew Dragon spacecraft must routinely operate in the harsh vacuum of space, spending half or more of that time in complete darkness. Although both Crew and Cargo Dragons sport solar arrays on their disposable trunk sections, Falcon 9 S2 has no such power source and must rely entirely on internal batteries to remain functional in orbit for more than a handful of minutes. Loss of power in the upper stage would also mean a loss of communications, telemetry, and the ability to safely start its Merlin Vacuum engine, all critical requirements for high Earth orbit and interplanetary missions.

As such, Tesla’s battery tech likely plays a fundamental and invaluable role in SpaceX R&D, not to mention the fact that using Tesla as a supplier allows the rocket company to avoid acquiring yet another subset of overly expensive “aerospace grade” components in the relentless drive to lower cost of access to orbit (and beyond). That SpaceX expertise also happens to help Tesla to continue its own rapid expansion of high-quality, accessible electric vehicles and battery storage is simply one more example of the benefits that can be derived from corporate cooperation in pursuit of goals beyond basic profitability.