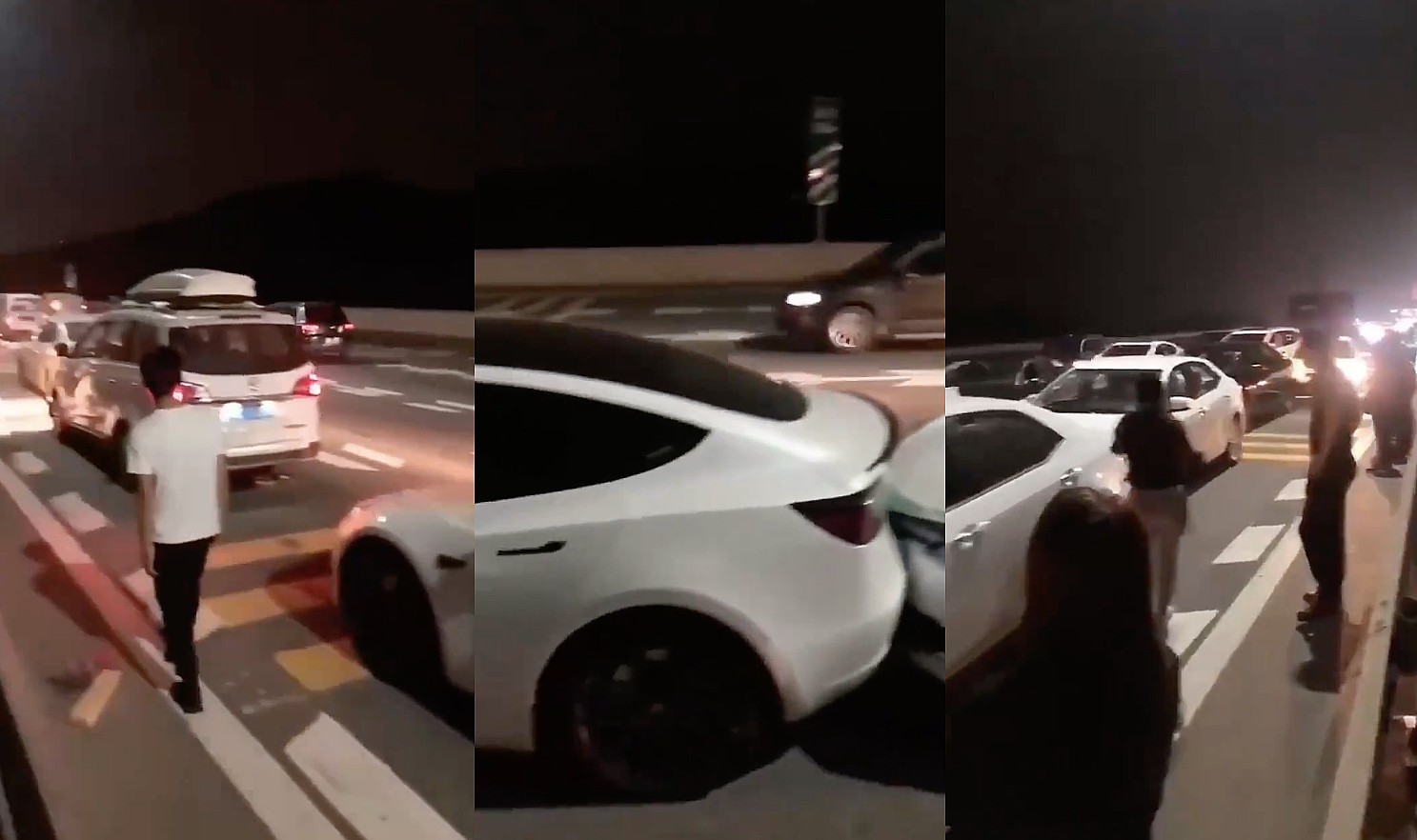 Over the past weeks, Tesla China found itself involved in a controversy surrounding its vehicles’ alleged brake failures. This came to a head at the Shanghai Auto Show, when a former Tesla owner protested in the EV maker’s booth by standing atop a Model 3 and loudly declaring that the company’s vehicles have faulty brakes.

Tesla China promptly went on damage control, issuing statements, forming special customer teams, and releasing data that debunked the protester’s claims. Yet despite this, the damage has somewhat been done, with some videos in China showing Tesla owners becoming the target of unwanted attention — and some prejudice to a certain degree — over their vehicles’ alleged faulty brakes.

Tesla is the synonym of brake failure in China. A parking lot guard doesn't allow any Tesla car to get in because he needs to protect all other cars in the lot. "If I let your Tesla in and your car loses control to damage other cars, I need to be responsible! " #tslaq #Tesla pic.twitter.com/68UNh24OJG

At times like these, there is nothing really better than showing rather than telling. And recently, this is precisely what has happened. Recent viral videos in China have shown multi-car collisions involving some Teslas, and just as fate would have it, the all-electric vehicles are actually proving themselves to have stellar brakes.

In this viral video from China showing multiple-car crash, MIC Model Y is the only vehicle that came to complete stop while every other car experienced “brake failure”. @elonmusk pic.twitter.com/jrgbkCrU0g

In one of these videos, a Made-in-China Model Y was the only car that came to a complete stop during a multi-car collision. Some of these videos clearly showed a Tesla stopping well behind the vehicle in front of it, despite multiple cars hitting it from behind. Granted, this may partly be due to the all-electric vehicles’ weight, but the videos were very telling nonetheless.

Chinese media are going to be so disappointed. pic.twitter.com/oLiqmawn3w

It does, for one, show in very real terms that Tesla’s brakes are nothing to scoff about and that the rumors surrounding its alleged brake failures were just that—rumors. Hopefully, these real-life incidents, together with Tesla China’s continued efforts to foster and grow its consumer base, would help the company extend its reach into the country.

China stands as a critical market for Tesla. It’s the world’s largest market for electric cars, and it is also a country with an aggressive plan to achieve sustainability. Considering that Tesla is only getting started with its expansion into China, it would be pertinent to make sure that inaccurate reports and rumors are immediately debunked.