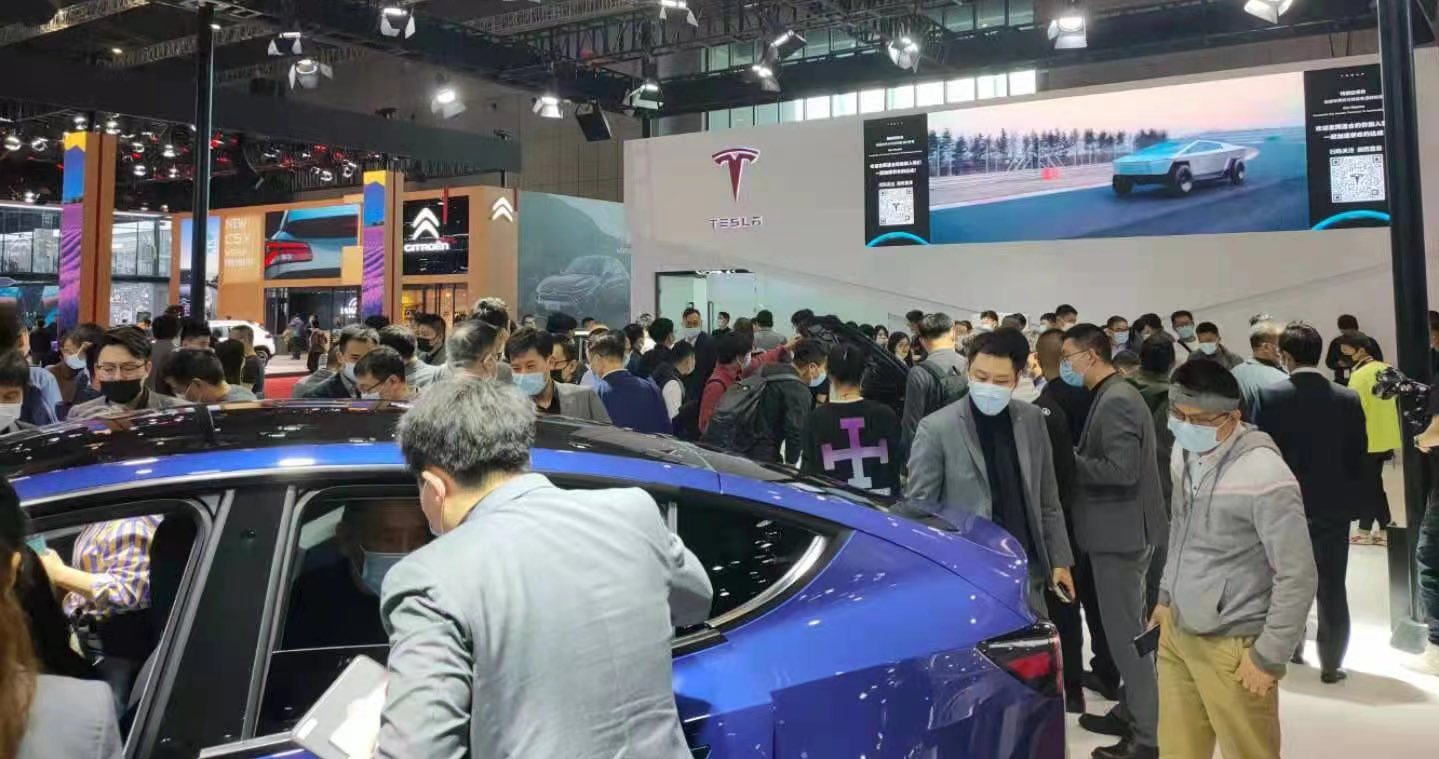 A day after a protest against Tesla in China that was covered by international media outlets, the EV maker’s booth at the Shanghai International Auto Show remained popular, with numerous visitors checking out the company’s all-electric vehicles. This could be seen in videos and images taken the day following the high-profile demonstration.

Based on pictures and clips of Tesla’s booth the day following the protest, the EV maker is still attracting large crowds of visitors. While a good part of this may very well be due to Tesla’s popularity in China and the Model 3’s rankings in the country’s EV sector, a part of the increased interest may have also been inspired by the news coverage that ensued following the protest.

On Monday, Tesla’s booth at the Shanghai International Auto Show became the scene of some drama after a Model 3 owner climbed on top of one of the display vehicles and protested against the company, claiming that her vehicle’s brakes were faulty. The Model 3 owner was joined by another protester, who remained with the crowd. The two women wore shirts declaring Tesla’s alleged brake failures.

The woman on top of the Model 3 was promptly removed by guards at the event, though not before the protest attracted a notable degree of attention. Unfortunately for the protester, she was arrested by the Shanghai police for “disrupting public order.” The protester would also be in police custody for five days.

The saga of the Tesla protester started in February, when the woman’s Model 3 crashed into another vehicle at a speed the EV maker later determined was about 118 km/h (73 mph). The owner claimed that the crash was due to brake failure, though police have determined that the cause of the incident had been reckless driving since the Model 3 did not keep a safe distance from the cars in front.

The Tesla owner later took actions against her local Tesla service center, refusing repair and insisting on a full refund instead, plus compensation for lost wages. The owner also declined Tesla’s offer to have the vehicle taken to a third-party agency for an examination. Picket-line protests against the company were later organized, culminating in this Monday’s protest at the Shanghai International Auto Show.

Tesla, for its part, has responded to the incident, later apologizing to the Model 3 owner and establishing a dedicated “Special Handling Team” for customer concerns.

“We apologize for failing to solve the problem of the car owner in time… Tesla respects and firmly obeys the decisions of relevant government departments, respects consumers, abides by laws and regulations, and resolutely actively cooperates with all investigations of relevant government departments. To this end, we have set up a special handling team, dedicated to special handling, and strive to meet the demands of car owners and strive to satisfy car owners while complying with laws and regulations,” the company wrote.