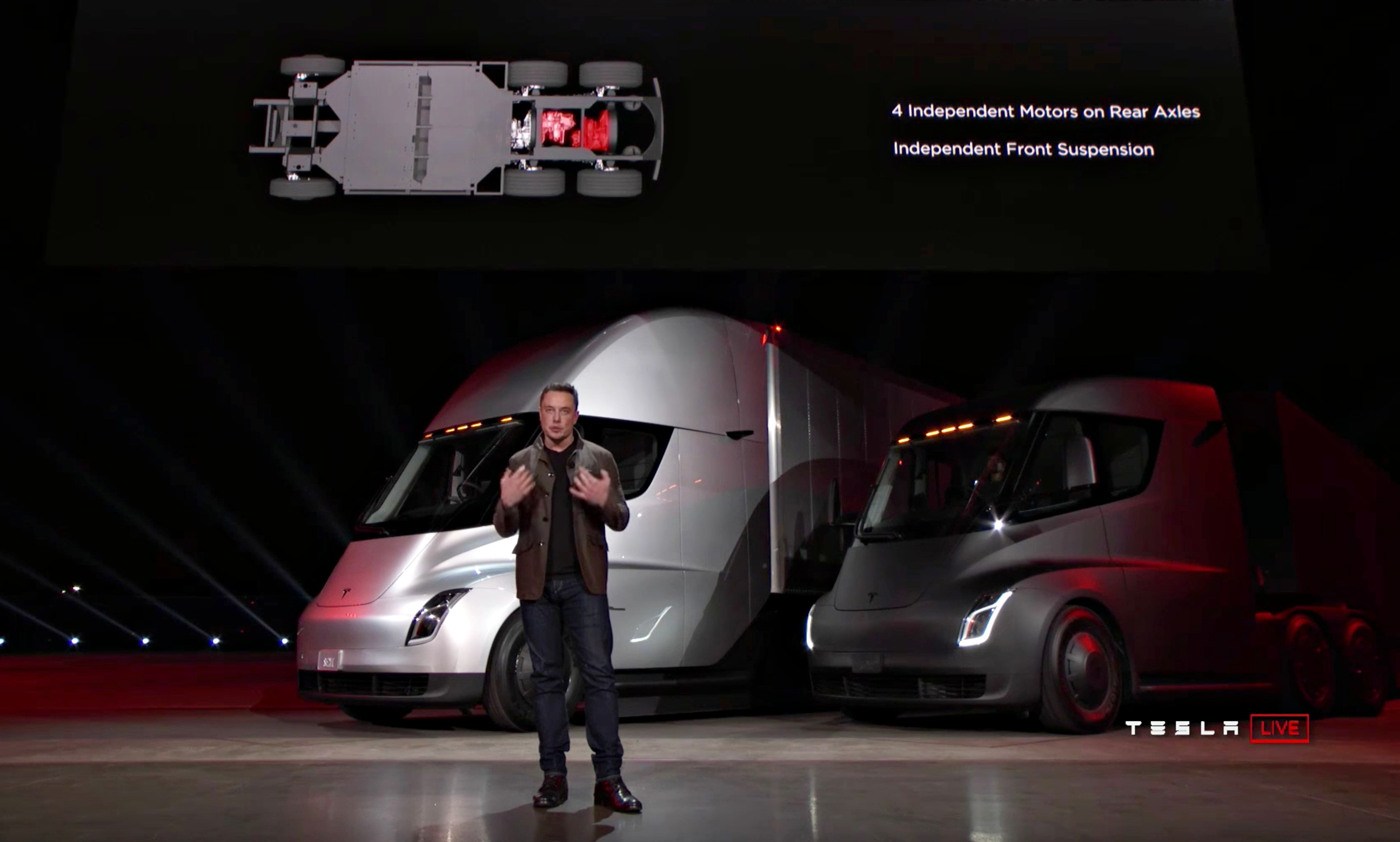 Shares of Tesla (NASDAQ: TSLA) opened on Wednesday at new highs, crossing $1000 per share as investors weighed in on rumors of the Tesla Semi’s initial production push.

An email from Elon Musk circulated early Wednesday morning, indicating that Tesla’s focus would be to get the Semi to “volume production.”

“It’s time to go all out and bring the Tesla Semi to volume production,” Musk said. “It’s been in limited production so far, which has allowed us to improve many aspects of the design.”

Musk indicated in the Q1 2020 Earnings Call Update Letter that the Semi would not begin deliveries until 2021. “Lastly, we are shifting our first Tesla Semi deliveries to 2021,” the letter explained.

In early January 2020, Tesla’s Truck Team contacted Semi pre-order holders indicating that a limited production push would take place in the second half of 2020.

The Semi was unveiled in November 2017 and Tesla has been assessing its performance since then. Recently, the commercial vehicle was subjected to cold-weather testing in Alaska.

Tesla’s Model 3 ramp in China, along with its developments of a million-mile capable battery, has also convinced Wedbush analyst Dan Ives to raise his price target for the electric automaker from $800 to $1,000. Ives maintained a neutral rating for the stock.

New developments in the company’s Chinese production facility, along with rumors of a soon-to-be-unveiled million-mile capable battery pack, are convincing Ives that Tesla stock will reach the $1,000 per share mark, StreetInsider reports.

“We believe with demand for Model 3’s ramping stronger than expectations in China heading into summer timeframe…that Tesla’s stock likely has room to run further,” Ives said in a note to investors.

“While the stock has been roaring higher, we believe the main fundamental catalyst continues to be the massive China market which is showing clear signs of a spike in demand for Musk & Co. heading into the rest of this year,” he added.

Ives also attributed battery developments that could be potentially “game-changing” for Tesla as another reason for his price target increase. Indicating that Tesla’s upcoming “Battery Day” would occur in late June, the company’s Chinese battery supply firm CATL, recently released details on its own million-mile battery assembly.

Tesla and CATL signed a two-year contract in early 2020 that pairs the two companies together in a partnership from June 2020 to July 2022. In the U.S., speculation continues to indicate that Tesla will unveil its own million-mile battery pack that will increase the life span of its electric vehicles by a considerable margin based on current warranty documents.