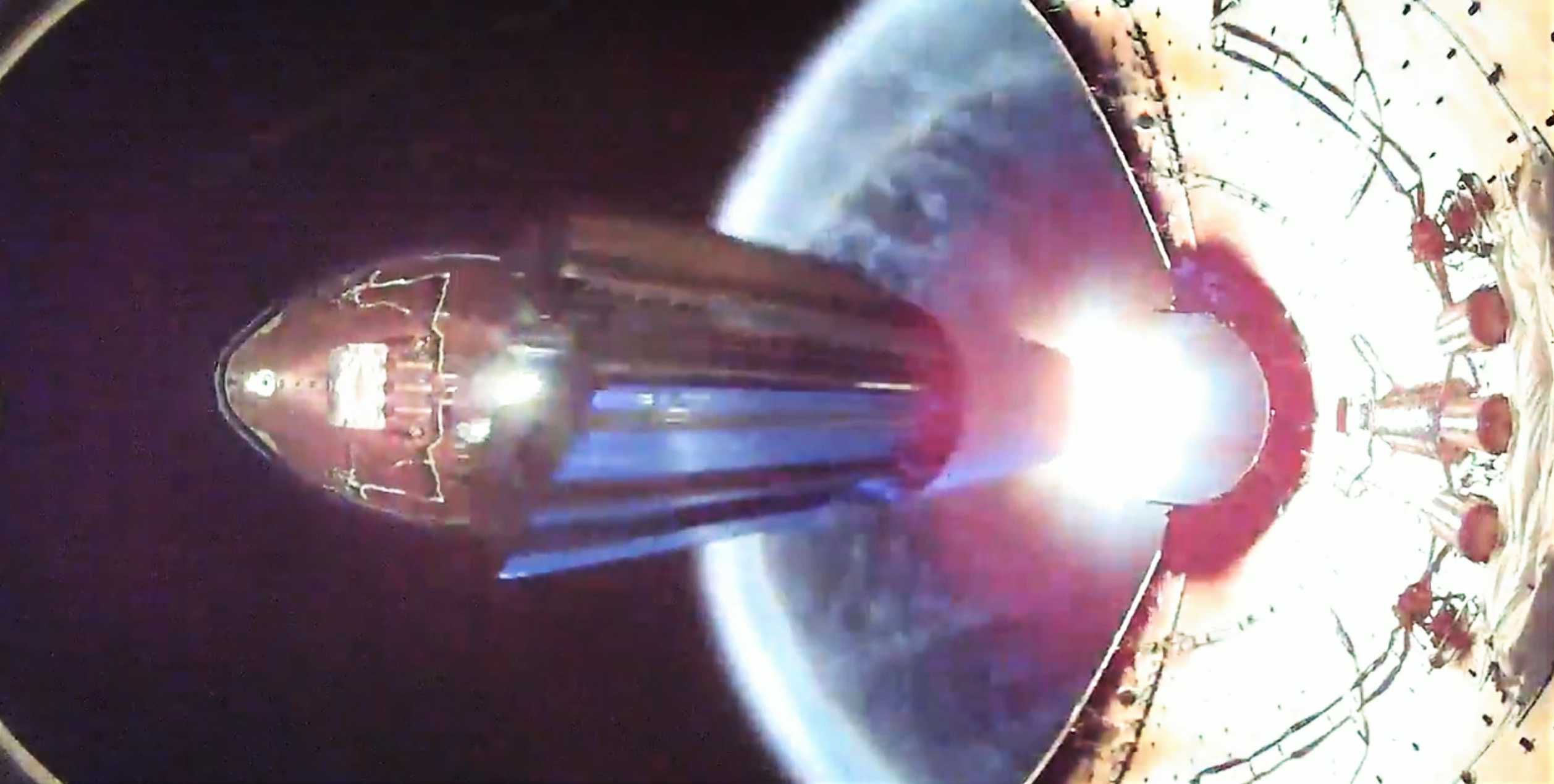 SpaceX has released spectacular footage of its latest batch of 60 Starlink satellites rocketing into orbit. (SpaceX)

SpaceX has shared a rare view of its latest batch of 60 Starlink internet satellites rocketing into space atop a Falcon 9 rocket, made possible by the partial recovery of the mission’s payload fairings last week.

Effectively a giant carbon-fiber composite nosecone designed to protect satellite payloads from atmospheric buffeting and heating during the first several minutes of launch, SpaceX has been working to perfect payload fairing recovery for several years. This is the fourth video from inside a deployed Falcon payload fairing since that work began, footage that is only possible when one or both of those fairing halves can be recovered more or less intact.

Thankfully, although SpaceX was unable to catch Starlink V1 L7’s Falcon fairing halves with giant nets installed on recovery ships GO Ms. Tree and Ms. Chief, both ships were still able to lift their respective halves out of the Atlantic Ocean and onto their decks. One half was unfortunately damaged on impact or during the struggle to get it out of the ocean but the other half appears to be fully intact, meaning that at least half of the new Starlink fairing may be able to fly again in the coming months.

Thanks to the black background of orbital night and the comparatively slow acceleration of Falcon 9’s upper stage past its deployed payload fairing halves, this latest video offers perhaps the best overview yet of the dynamic and unforgiving environment fairings are subjected to during launch. Notably, the superheated hypersonic exhaust of Falcon 9’s Merlin Vacuum (MVac) upper stage engine can be seen impacting both deployed fairing halves as soon as the rocket accelerates away, producing an ethereal glow indicative of the heating and buffeting fairings are subjected to.

Taken from Falcon Heavy’s third launch, another video published about a year ago also illustrates how extreme that environment is during atmospheric reentry. While their low mass and large surface areas mean that their return to Earth is quite gentle and requires little to no dedicated heat shielding, fairing halves still reach apogees of ~125+ km (80+ mi) and reenter the atmosphere traveling at least 2.5-3 km/s (1.5+ mi/s). As a result, fairing reentries still produce spectacular streaks of plasma as they compress the thickening atmosphere into superheated gas.

Another video taken from Falcon Heavy’s second launch a few months prior offered a different glimpse of fairing separation in daylight, highlighting Falcon 9’s second stage and massive Merlin Vacuum engine – often falling under the radar due to the public’s understandable focus on booster landings.

All of the above videos were made possible because SpaceX has – for the most part – perfected the art of gently landing fairing halves on the ocean surface with GPS-guided parafoils. Likely filmed with GoPros, SpaceX has to be able to recover the memory card inside the camera to publish uninterrupted views from inside fairings. While SpaceX still has a ways to go to close the loop and reliably catch those gliding fairing halves in the nets of its dedicated recovery ships, the company clearly has no intention of giving up any time soon.