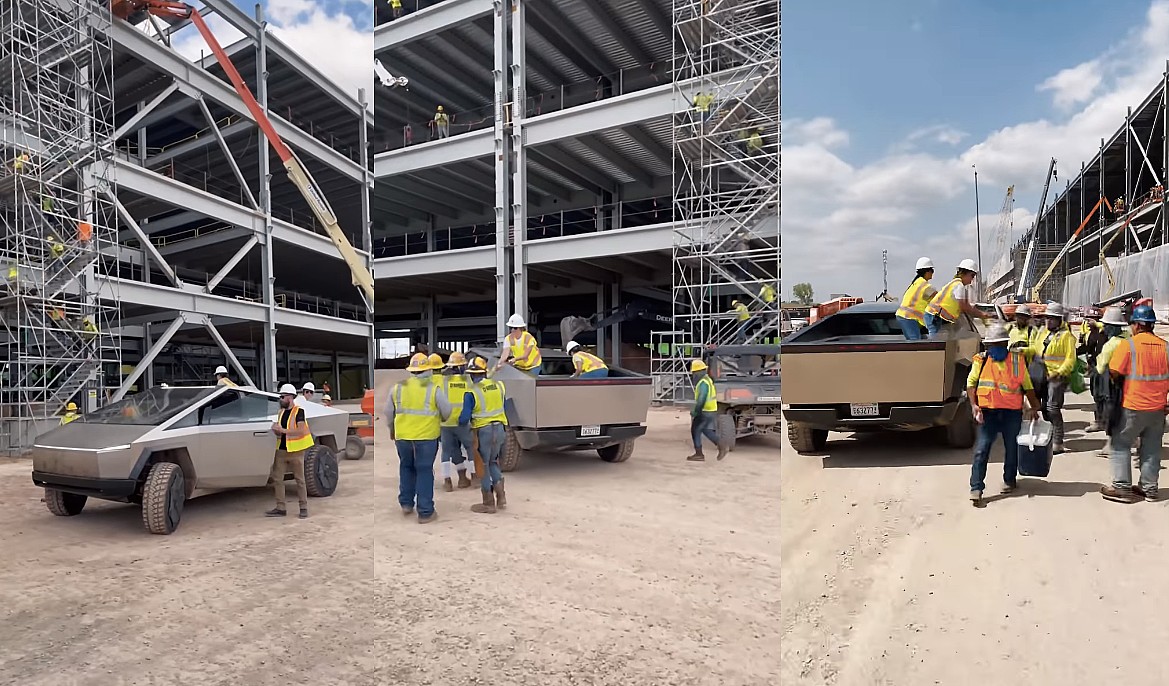 The Tesla Cybertruck may not be in production yet, but it is already being used around some of the company’s facilities. While updated alpha prototypes of the all-electric pickup truck are being developed and refined in California, the Cybertruck’s first alpha unit seems to have found its home in Giga Texas.

It’s not just on display either. As could be seen in a recent upload on Tesla’s official Instagram page, the original Cybertruck prototype had been used as a mobile refreshment unit for Giga Texas’ workers. The video was fun and brief, and it showed two Tesla employees passing around refreshments for workers around Giga Texas.

It’s quite interesting to see Tesla’s original Cybertruck prototype still being used by the company. The design of the all-electric pickup truck has evolved since its unveiling in November 2019, with the vehicle getting updates on its door handles and windshield, to name a couple.

Still, it’s difficult not to be impressed with Tesla’s original Cybertruck design. Its brutalist look, cold steel frame, and giant futuristic wheels give it the impression that it truly is a vehicle for the future. Compared to Tesla’s updated prototypes, which look more refined and closer to production, the original Cybertruck alpha unit feels more unapologetic and imposing.

The wait for the Cybertruck continues, though Tesla CEO Elon Musk has stated that the vehicle should enter production sometime next year. The vehicle would be produced in Gigafactory Texas, and it would likely be equipped with the company’s 4680 battery cells. Comments from Tesla’s Q1 2022 earnings call also hinted that the Cybertruck may adopt an 800-volt architecture.

Tesla executives remain optimistic about the Cybertruck despite its delays. During the Cyber Rodeo, Elon Musk noted that the Cybertruck could very well be Tesla’s magnum opus. Tesla Design Chief Franz von Holzhausen was on the same page, noting that the vehicle will definitely be well worth the wait.