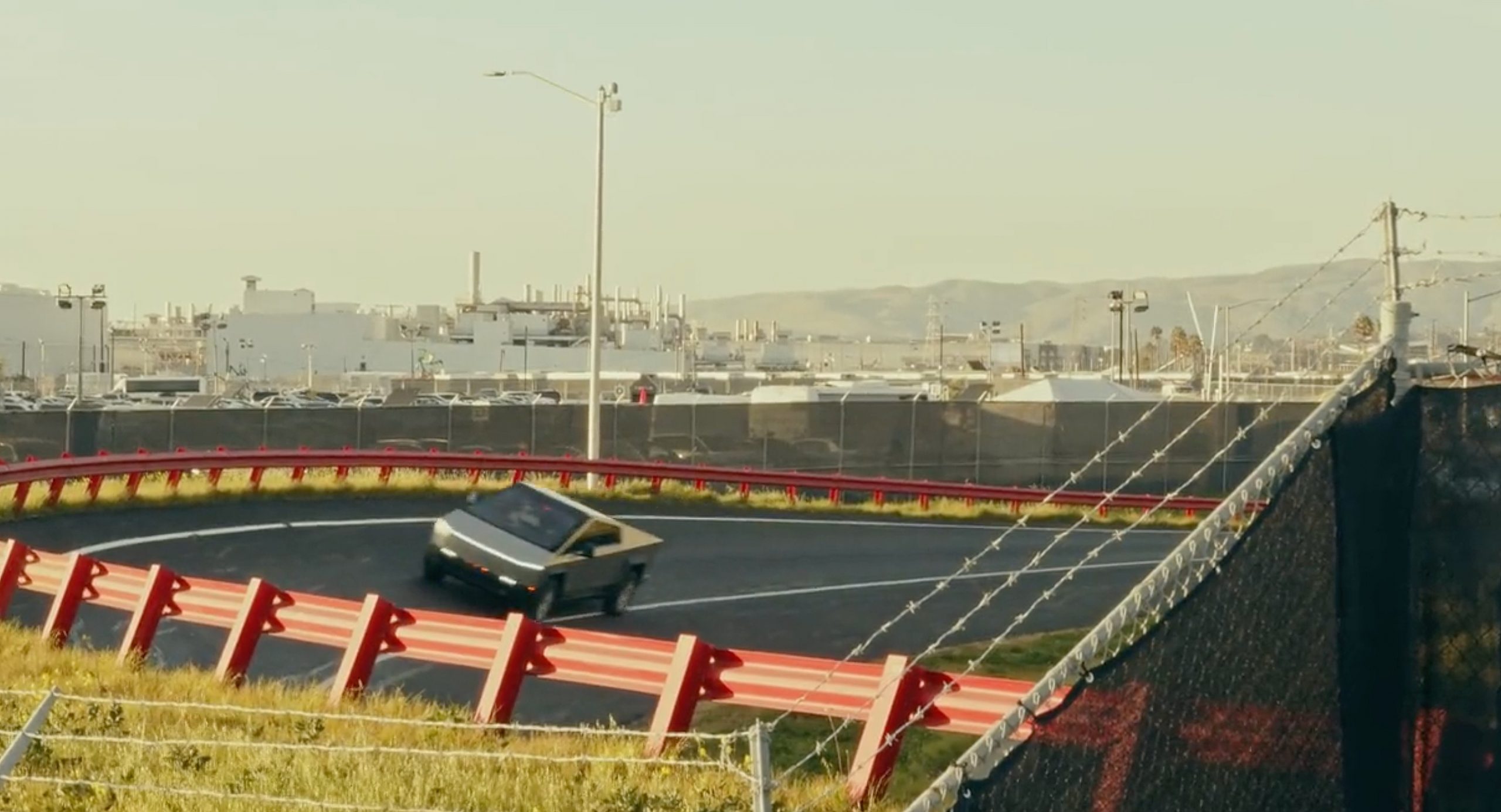 A Tesla Cybertruck was seen whizzing through the Fremont Factory’s test track. The Cybertruck appears to be one of Tesla’s updated alpha prototypes, as hinted at by its side mirrors and large windshield wiper. Several Tesla employees were also inside the vehicle as it was running on the track.

A Tesla Cybertruck prototype was also spotted at the Fremont Factory grounds during a drone flyover at the end of February. Similar to previous sightings, the vehicle was parked close to the facility’s test track, but this time around, the all-electric pickup truck was parked beside some Model S sedans. The difference in the sizes of the two vehicles is quite shocking.

The difference between the Cybertruck and Model S’ size is especially notable because the flagship all-electric sedan is not a small car by any means. The Model S is a large premium sedan with its length of 196 inches, making it longer than some popular midsize SUVs like the 2022 Jeep Grand Cherokee, which has a length of 193.5 inches.

The Cybertruck in the recent Fremont Factory sighting all but made the Model S look like a compact vehicle. This is not that surprising considering that the all-electric pickup truck’s prototype, which was unveiled in late 2019, had a length of 231.7 inches, similar to a Ford F-150. Ford F-150s with the same length typically feature a 5.5-foot bed, however, but Tesla was able to fit a 6.5-foot bed on the Cybertruck.

Also interesting in the recent Cybertruck sighting was the vehicle’s retractable tonneau cover, which was covering the bed during the recent sighting. Recent sightings of the Cybertruck around the Fremont Factory and Gigafactory Texas have featured the all-electric pickup truck sporting an open bed, so it was quite refreshing to see the vehicle’s retractable bed cover seemingly being tested.

Watch the recent Cybertruck sighting in the video below.