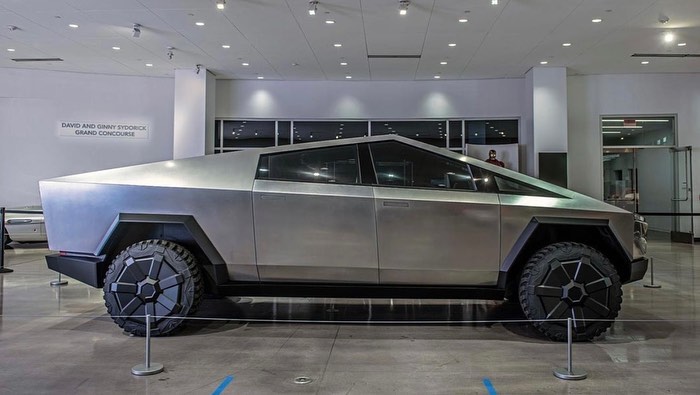 One way or another, the Tesla Cybertruck will be sold in Indonesia, pledges dealer

One way or another, the Tesla Cybertruck will be launched and sold in Indonesia. This was according to Rudy Salim, President Director of Prestige Motorcars, a premier car dealership that has long been selling Tesla’s electric cars in the Asian country.

In a recent statement to UseeTV, Salim noted that Prestige will continue its efforts to bring Tesla’s complete range of electric cars to the Indonesian market. The executive added that Tesla’s upcoming vehicles such as the next-generation Roadster and the hulking Cybertruck will definitely be present on Indonesian roads.

“Prestige Motorcars continues to be committed and serious in promoting the electric car industry. Starting from the electric Renault car variant that will be present on the streets of Indonesia to the latest series of electric Tesla cars, namely the Roadster and Cybertruck which will definitely be present in Indonesia,” Salim remarked.

Apart from his pledge to bring the all-electric pickup to Indonesia, the Prestige Cars executive remarked that he will do what he can to bring the Cybertruck to the country as soon as possible. He also expressed some optimism about the vehicle, stating that the Cybertruck is priced aggressively at around the same level as the Model 3, currently Tesla’s most affordable vehicle.

Prestige Motorcars already sells a number of Teslas for the local market. The company made local headlines in 2015 by importing the Model S sedan, though the vehicle was priced around double its cost in the United States. The same is true for the Model 3 Standard Range Plus, which is currently being sold in the country for Rp 1.5 billion (around $107,000).

Interestingly enough, Tesla and Indonesia seem to be in the process of exploring a potential supply chain relationship. Over the past months, multiple reports have emerged suggesting that Tesla may establish a presence in Indonesia, considering that the country hosts the world’s largest nickel reserves. Elon Musk has highlighted Tesla’s need for nickel in the past, with the CEO urging every nickel producer in the market to contact the electric car maker for a prolific and long-term deal.

One way or another, the Tesla Cybertruck will be sold in Indonesia, pledges dealer