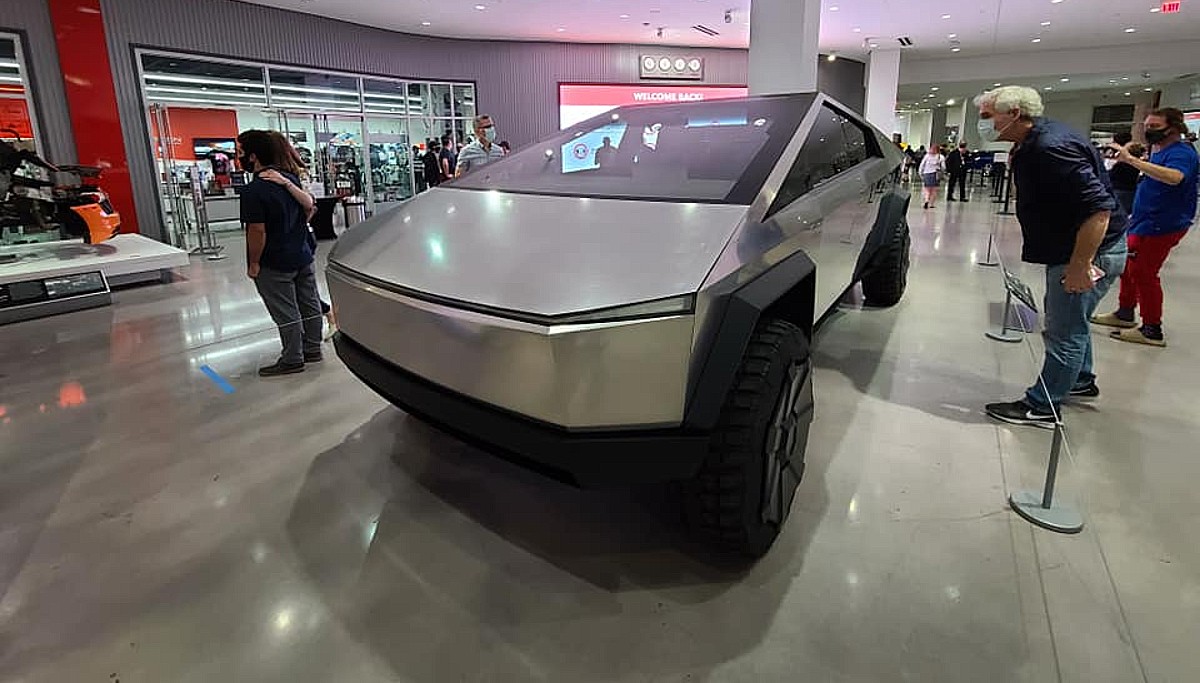 Tesla Cybertruck took center stage at the Petersen Automotive Museum on Saturday, dazzling fans in its first of six days as a display piece at the legendary gallery in Los Angeles.

Today’s debut at the Petersen Museum follows this week’s reveal that the Cybertruck would be arriving at the gallery after the museum added the all-electric pickup to its website.

The Petersen Auto Museum was opened in 1994 and is one of the most extensive museums for cars and motorcycles in the world. The Cybertruck’s appearance at the Museum shows worldwide recognition for Tesla’s newest pickup, and it joins the Model S prototype as the company’s only vehicles in the massive gallery.

Peterson welcomed the Cybertruck inside the museum last night. Video from @Chad_Hodge surfaced, showing the massive truck being unloaded from a hauler, which was then transported into the facility and set up as an exhibit.

Now, the truck is inside, and those who bought tickets for admission into the museum are getting the opportunity to stand just a few feet from the unique design from Tesla’s engineers. Many of those who came to the museum to see the Cybertruck are showing photos and videos of the machine, which sits stationary surrounded by ropes, dawning a license plate that says, “CYBRTRK.” 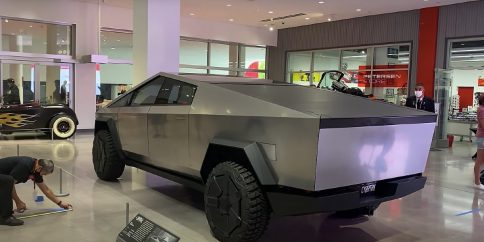 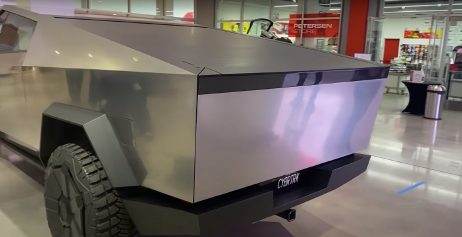 Closeups of the Cybertruck reveal the tugged and robust exterior of the all-electric pickup. The 30X series stainless steel exterior is dent-proof while the glass that is used for all of the windows will be bulletproof.

It was recently announced that the truck would only be available in its stainless steel color, but it can be wrapped in any color or pattern, Musk said. This means the appearances and looks of the Cybertruck will be endless, combining personality and creativity to each of the builds that the owner will design themselves.

The Cybertruck has been seen around Los Angeles by a few lucky spectators, but it has mainly been a rare sight for the public. Its appearance at the Petersen Museum is the first time the truck has been on display for the public to view at their leisure. Tesla’s Cybertruck unveiling event was on an invite-only basis, allowing a select few lucky viewers to watch CEO Elon Musk and Chief Designer Franz von Holzhausen explain the finer points of the pickup’s design.

The widely popular design of the Cybertruck was met with both support and criticism after its unveiling event. However, there is no denying that the pickup’s futuristic design has enticed many people to consider the vehicle as a catalyst for a new era in the automotive sector.

The truck’s Dual and Tri-Motor configurations will be built at the company’s next production facility in the United States in 2021. The new facility will be built in a location yet to be determined.