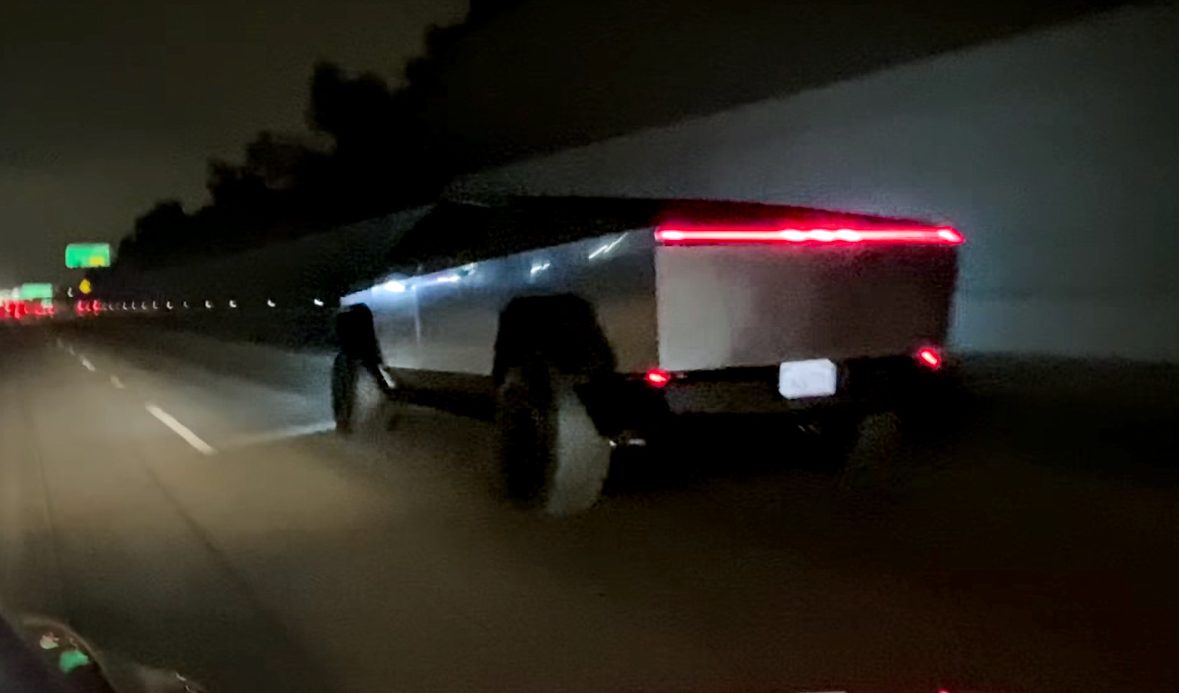 The unmistakable Tesla Cybertruck was caught on video late Saturday evening in Los Angeles, giving us our best real-world look at what the future might hold.

Driving down an uncharacteristically empty 405 freeway in Southern California, the stainless steel “Exoskeleton” of Tesla’s first all-electric pickup truck – rather, a utility vehicle with the performance of a Porsche – peers through the darkness.  The polar opposite of inconspicuous and distinct in its angular design, the Cybertruck prototype races past Roberto Cruz who didn’t pass up the opportunity to capture it all on video. A good 30-second-plus look of the dystopian battle machine in motion dwarves another recent sighting of the massive Cybertruck zipping down a public street near SpaceX.

Through the truck’s tinted windows, only one of the many hidden Cybertruck features is in clear sight: the camera-based digital rear-view “mirror”. Not much else can be identified, although tips received by Teslarati suggest Tesla CEO Elon Musk as the driver behind the wheel. Musk and friends were spotted earlier that same evening at the famed Nobu restaurant in Malibu, California with the Cybertruck, as captured by TMZ. 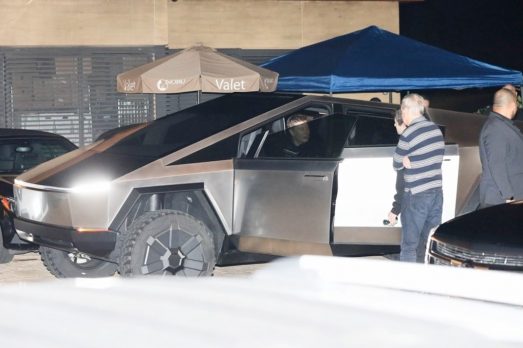 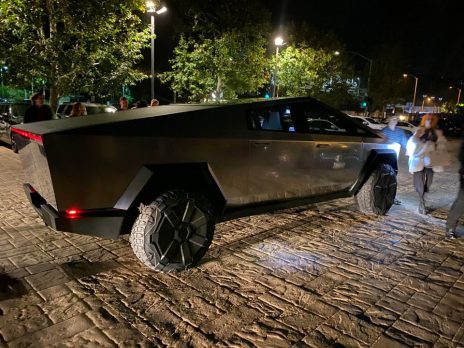 Less than a month since Tesla unveiled its vision for the future of pickup trucks, the Cybertruck has already captured the interest of the motoring world to the tune of over 250,000 pre-orders.

Tesla Cybertruck production is expected to begin in 2021, with a focus on the triple motor and dual motor variants being the first to be manufactured. There’s been no discussion on which factory Tesla will be initially manufacturing the vehicle from, yet state leaders including Alaska’s Governor have already begun courting the California-based electric carmaker with the idea of providing resources for local production of the polarizing utility truck.

Check out Roberto Cruz’s great capture of the Tesla Cybertruck in the wild below.