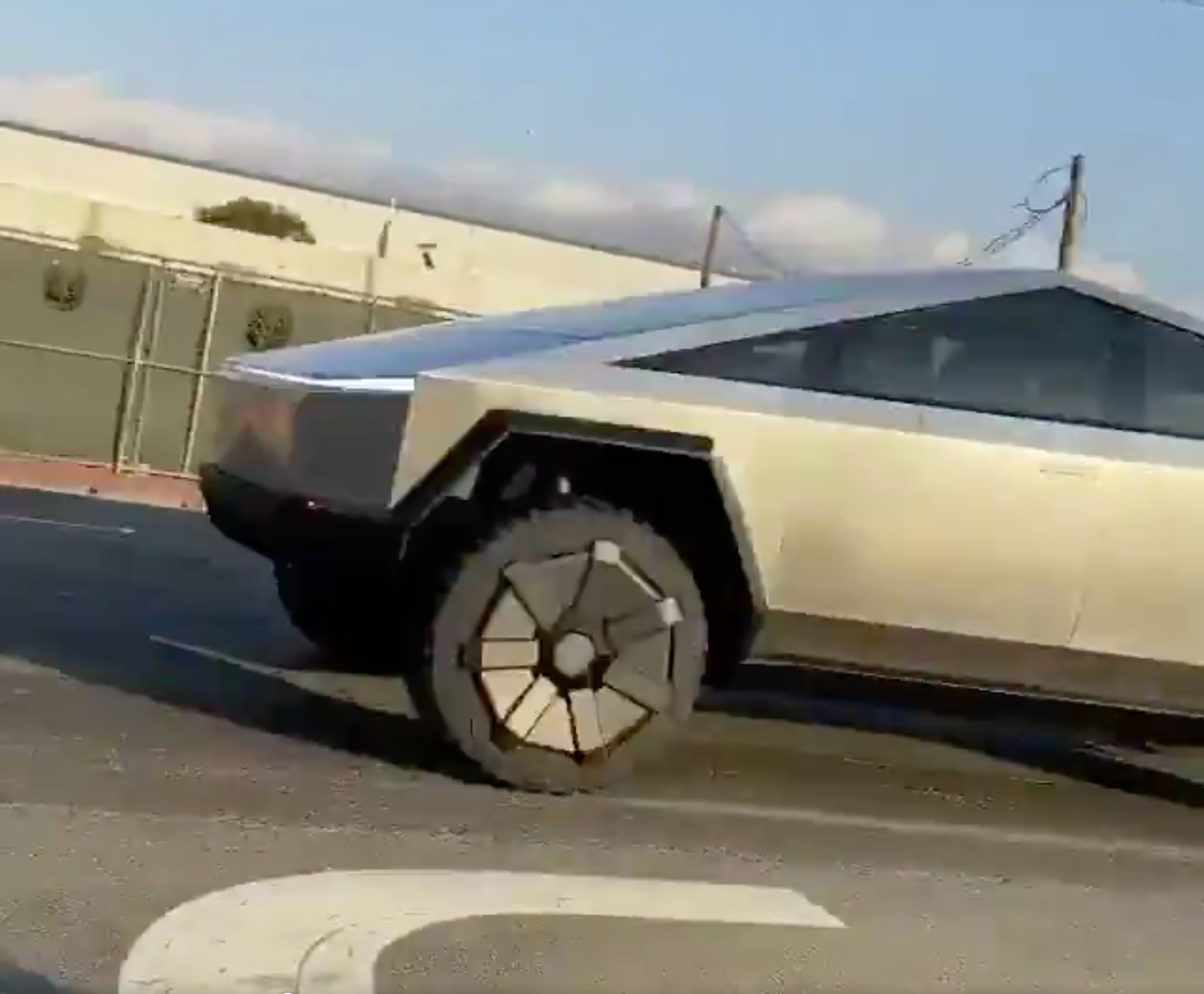 Just days following its high-profile unveiling, the Tesla Cybertruck has been spotted accelerating on a public street, followed closely by a blue Model X. Particularly interesting was the fact that the vehicle was captured on film in broad daylight, providing a brief yet notable glimpse at just how futuristic Tesla’s heavyweight pickup really is compared to other vehicles on the road.

The Tesla Cybertruck sighting was shared on Twitter by Apple enthusiast @AppleJones40, who referenced an Instagram post from CA-based @chicago_roy. Based on the video, the vehicle seemed to be passing through Crenshaw Blvd. right in front of the construction of The Millenium apartment near SpaceX headquarters in Hawthorne, CA. The sighting appeared to have happened in the afternoon as well, based on the shadows of the vehicles in the area.

The Tesla Cybertruck is the electric car maker’s boldest vehicle to date, with its extremely competitive price and its distinctly polarizing looks. Elon Musk noted prior to the vehicle’s unveiling that the Cybertruck would look like a pickup that’s straight out of Blade Runner. If the recent sighting is any indication, this really is the case. The Cybertruck was visible for only a few seconds in the recent clip, but its future-forward design compared to other cars in the area is undeniable.

Also noticeable from the Cybertruck’s sighting was the speed of the massive vehicle. The Cybertruck is a hulking electric car, more massive than a number of popular mainstream pickups. Despite this, the Cybertruck seems very light on its feet, accelerating on the street in complete, smooth silence.

Public sightings of Tesla’s unreleased vehicles could mean several things. At times, the electric car maker conducts these real-world runs as part of a photoshoot, similar to what it did for the Model 3, which was sighted at Marina Del Rey after its unveiling event. That being said, the Cybertruck’s recent sighting did not involve a camera crew chase car, which could suggest that it is simply undergoing some real-world tests. This has been Tesla’s strategy with its Semi prototype so far, with reports from the electric car community stating that the long-hauler is usually accompanied by engineers in a Model X or S.

The Tesla Cybertruck starts at $39,990 for its base version, which is equipped with a single motor at the rear and 250+ miles of range. Despite this relatively low price, the Cybertruck comes loaded with several cool standard features, such as a motorized tonneau cover and Standard Autopilot. The vehicle has so far been garnering a lot of interest, with Tesla recording 250,000 reservations for the vehicle to date.