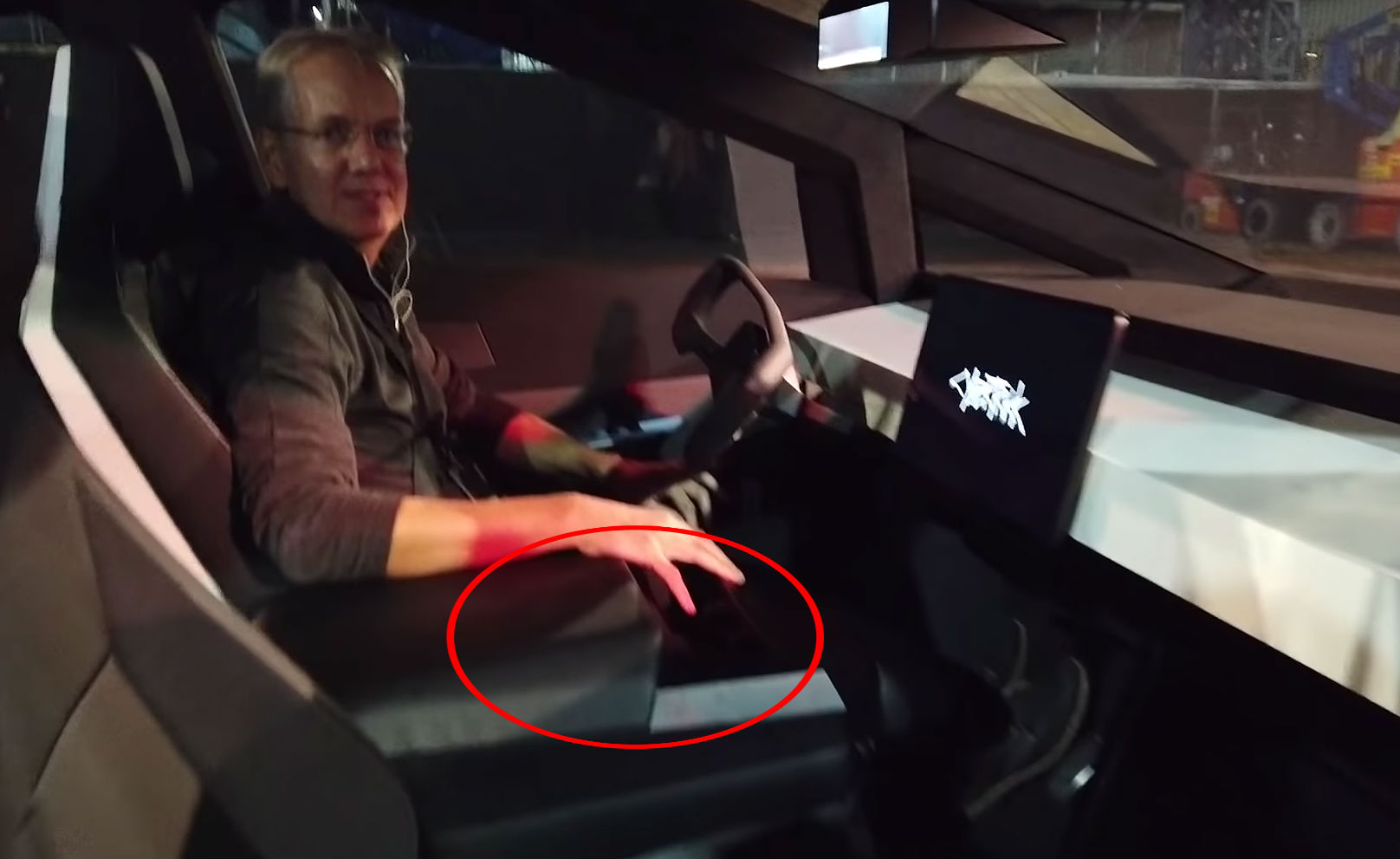 Top 10 Tesla Cybertruck hidden features you may have missed

The Tesla Cybertruck is loaded to the teeth with technology that the vehicle is practically a mystery box of hidden features. Couple this with the fact that the vehicle’s unveiling did not really go as planned, as well as CEO Elon Musk pretty much rushing through the truck’s presentation following the pickup’s Armor Glass demo, and many of the Cybertruck’s noatbly cool features remained unsaid.

Fortunately, some of these hidden features have been spotted by the Tesla community, thanks to photographs and videos of the vehicle taken during the unveiling event, as well as images that were released by the electric car maker in the Cybertruck’s press kit. With this in mind, following are the Tesla Cybertruck’s Top 10 hidden features that may have been missed during last week’s unveiling event. Let’s dig in.

The Tesla Cybertruck is equipped with three seats on the front, though the middle acts more like a smaller jump seat. As could be seen in test ride videos of the vehicle, this middle seat actually folds down to become a large center armrest. Interestingly, this center armrest doubles as a storage compartment. It also has three cup holders that are fitted right at the middle seat’s back headrest, along with a spare change holder (aka “junk cubby”) for random knick knacks.

Despite its unapologetically futuristic, brutalistic exterior, the interior of the Tesla Cybertruck is actually quite welcoming. Upon entering the vehicle, passengers are greeted by a cavernous interior and a massive glass roof that would surely be a treat for those who love camping in their vehicle. The rear seats are also fitted with an interior lighting strip on the sides, providing illumination for the truck’s passengers at the back. The lights are white too, giving an additional futuristic, Tron-like flair for the Cybertruck’s exterior.

Sun Visor is Flush Against the A-Pillar

Among the clever features of the Cybertruck is its sun visor, which flushes against the A-Pillar. This would be particularly useful considering that the pickup has a massive windshield that may very well dwarf the Model X’s already-expansive windshield in sheer size.

The Tesla Cybertruck has a large center armrest in the rear that looks to double as support for extra-long cargo. The all-electric pickup is already equipped with a 6.5-foot bed, which is pretty substantial, but for those who wish to haul even lengthier cargo, the center armrest can fold down and act as a pass-through for items that exceed 6.5 feet.

Scroll Wheels on the Steering Wheel

The Tesla Cybertruck is fitted with a steering yoke that looks very similar to the one used by the company in its next-generation Roadster prototype. This would likely be changed into a regular steering wheel when the vehicle enters production, but based on test rides of the pickup, it appears that the Cybertruck will utilize Model 3-esque steering wheel controls, complete with the sedan’s scroll wheels.

Similar to Tesla’s other prototypes like the next-generation Roadster or the Semi during its unveiling, the Cybertruck is not equipped with traditional side mirrors. Instead, the vehicle would likely use a pair of Autopilot cameras in its front fender. Considering existing regulations in regions such as the United States, there is a pretty good chance that the Cybertruck will be equipped with traditional side mirrors when it enters production.

The Cybertruck is fitted with L-track rails and T-slots that allow users to place anchor points anywhere in the vehicle’s expansive 6.5-foot bed. This is key to transporting items that may otherwise move about on the pickup’s bed during transport if they are not tied down. With these components in place, Tesla Cybertruck owners would be able carry even fragile items on the rear in a secure manner.

The Tesla Cybertruck utilizes a motorized tonneau bed cover that can be engaged and disengaged by a flush button on the vehicle’s rear. These buttons, which are notably large and easy to reach, are found on both sides of the vehicle.

The Tesla Cybertruck is full of storage areas, one of which is found on the bottom of the vehicle’s 6.5-foot bed itself. Based on images provided by Tesla, this space appears to be large enough to store medium-sized items such as toolboxes and sleeping bags, for those extended outdoor trips.

For those who wish to use the Cybertuck for work, the futuristic pickup truck is fitted with a hidden storage compartment in its sail pillar. Images of the space shown during a slide at the Cybertruck’s unveiling suggest that the storage areas in the vehicle’s sail may be enough to fit some tools or similarly-sized items.

Top 10 Tesla Cybertruck hidden features you may have missed