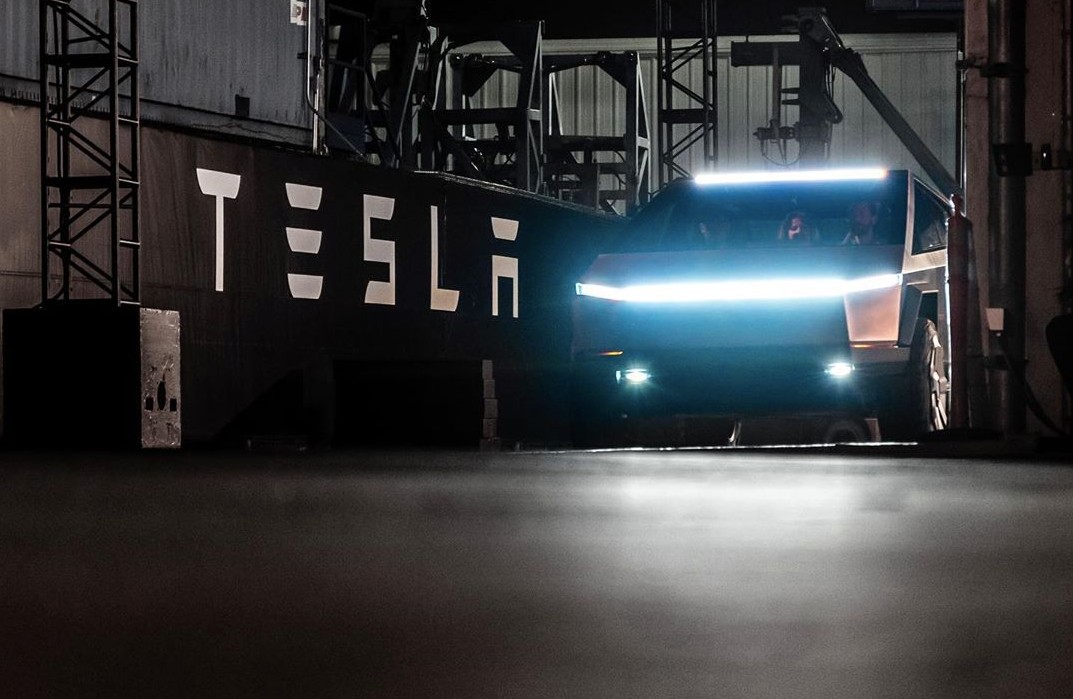 During the Tesla Cybertruck’s unveiling last November, CEO Elon Musk subtly commented that the all-electric pickup would be capable of charging at more than 250 kW. Musk did not disclose any other details about the Cybertruck’s possible “V4” Supercharging support, though the innovations that make it possible may very well be tailor-fit for the company’s next-generation of vehicles like the Plaid Model S and Plaid Model X.

The mention of the Cybertruck’s peak charge rate came at the latter part of the vehicle’s unveiling. Unfortunately, Elon Musk was already a bit shaken then due to the vehicle’s failed Armor Glass demonstration. Thus, the CEO’s mention of the key feature almost sounded like an afterthought, with Musk simply stating that the Cybertruck will “be capable of more than 250 kW.” He also mentioned that Tesla will “reveal the actual number later.”

In a way, an improved peak charge rate for the Cybertruck that goes beyond 250 kW is very well within character for the electric car maker. Tesla, after all, appears to be in the habit of introducing upgraded charging systems with every generation of its vehicles. The company’s first and second-generation 120 kW Superchargers were rolled out alongside the ramp of the Model S and Model X, and the 250 kW Supercharger V3 was introduced to support the ramp of the higher volume Model 3 and the Model Y.

With this in mind, there seems to be a pretty good chance that Tesla is preparing “V4” Superchargers for its next generation of vehicles. Tesla’s coming electric cars are expected to have the company’s best and possibly largest battery packs to date, after all, as represented by the Plaid Model S, Plaid Model X, Cybertruck, and perhaps even the Semi. Considering Tesla’s pace of innovation, it may not be surprising if the company’s peak charge rate for the Cybertruck, Plaid Model S, and Plaid Model X ends up being on par or higher than 350 kW.

This who have followed Elon Musk’s tweets over the past years would remember a post back in December 2016 when the CEO mentioned that a peak charge rate of 350 kW was more akin to a “children’s toy.” Musk’s statement may simply be a playful jab at the 350 kW peak charge rates of other charging networks, such as IONITY in Europe and Electrify America, but it does hint that the electric car maker is considering the introduction of a charging system that peaks beyond 350 kW. Since very few vehicles today like the Porsche Taycan are capable of supporting 350 kW charging, a “V4” Supercharger that goes beyond 350 kW would allow Tesla to leapfrog its competitors once more.

Such a strategy is actually well within character for the electric car maker, seeing as the company also has a tendency to give competitors a short-lived edge before leapfrogging them. This was the case with the Taycan’s track capability, which was designed to overcome and crush the capabilities of the Model S. Following the Taycan’s unofficial record run at the Nurburgring, Elon Musk announced that the flagship Tesla sedan was taking on the notorious track too, and sure enough, the Plaid Model S completely walked over the Taycan’s unofficial record.

That being said, and with Tesla’s tendency to innovate in mind, it appears safe to assume that the current V3 Superchargers still have a long way to go. The 250 kW chargers are still quite early in their rollout, and thus, Tesla is almost certain to upgrade them and increase their peak charge capabilities in the future. That was the strategy that the company adopted for its V2 Superchargers, which could now charge up to 150 kW. Regardless of whether the Cybertruck’s over 250 kW peak charge rate is due to a “V4” or an upgraded V3 Supercharger, however, there is very little doubt that the next generation of EV fast chargers will be dominated by Tesla once more.