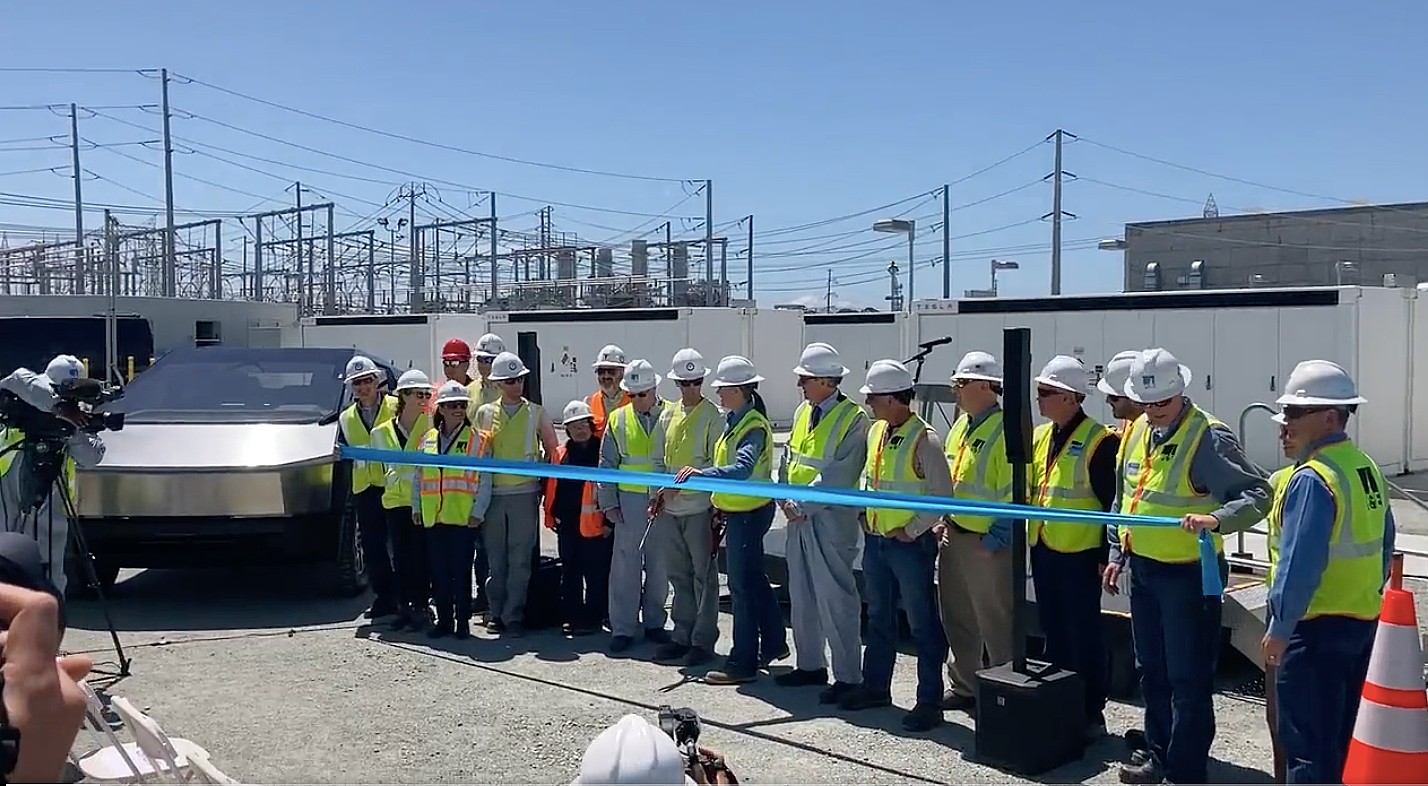 A commissioning ceremony was recently held at the Tesla Megapack farm at Moss Landing, CA, better known as the Elkhorn Battery Energy Storage Facility. The event featured a special guest from the electric vehicle maker in the form of the company’s upcoming all-electric pickup truck, the Cybertruck.

Images and videos of the updated Cybertruck alpha prototype were shared online on Monday. As always, the Cybertruck prototype looked otherworldly due to its CGI-like design. Keen-eyed observers also noted that the vehicle featured a much shorter windshield wiper this time around, though the reasons behind this change remained to be seen.

The fact that the Cybertruck was brought over to the Moss Landing Megapack site initially inspired some speculations among the online EV community, though it soon became apparent that the vehicle was in the location for official purposes. This became evident in a tweet from Pacific Gas & Electric (PG&E), which featured the Cybertruck being photographed beside the Megapacks and a number of employees.

Tesla’s Megapack farm in Moss Landing is one of four battery projects that were proposed by PG&E for the area. It is the only one that is owned and operated by PG&E itself. The 182.5 MW / 730 MWh system, which is comprised of 256 Megapacks, would be capable of powering an estimated 136,500 homes for several hours during periods of high demand. It is also upgradeable, with Tesla’s contract with PG&E suggesting that the installation could be expanded to 1.1 GWh in the future.

Interestingly enough, the Tesla Megapack installation at Moss Landing is not the largest battery in the area. That honor goes to Vistra Energy Storage Facility’s installation, which features a 300 MW / 1,200 MWh Phase 1 and a 100 MW / 400 MWh Phase 2 system made up of thousands of TR1300 battery racks supplied by LG Energy Solution. Unlike the Megapacks that are built on a 4.5-acre plot of land, Vistra’s battery was built into a gas-fired power plant.