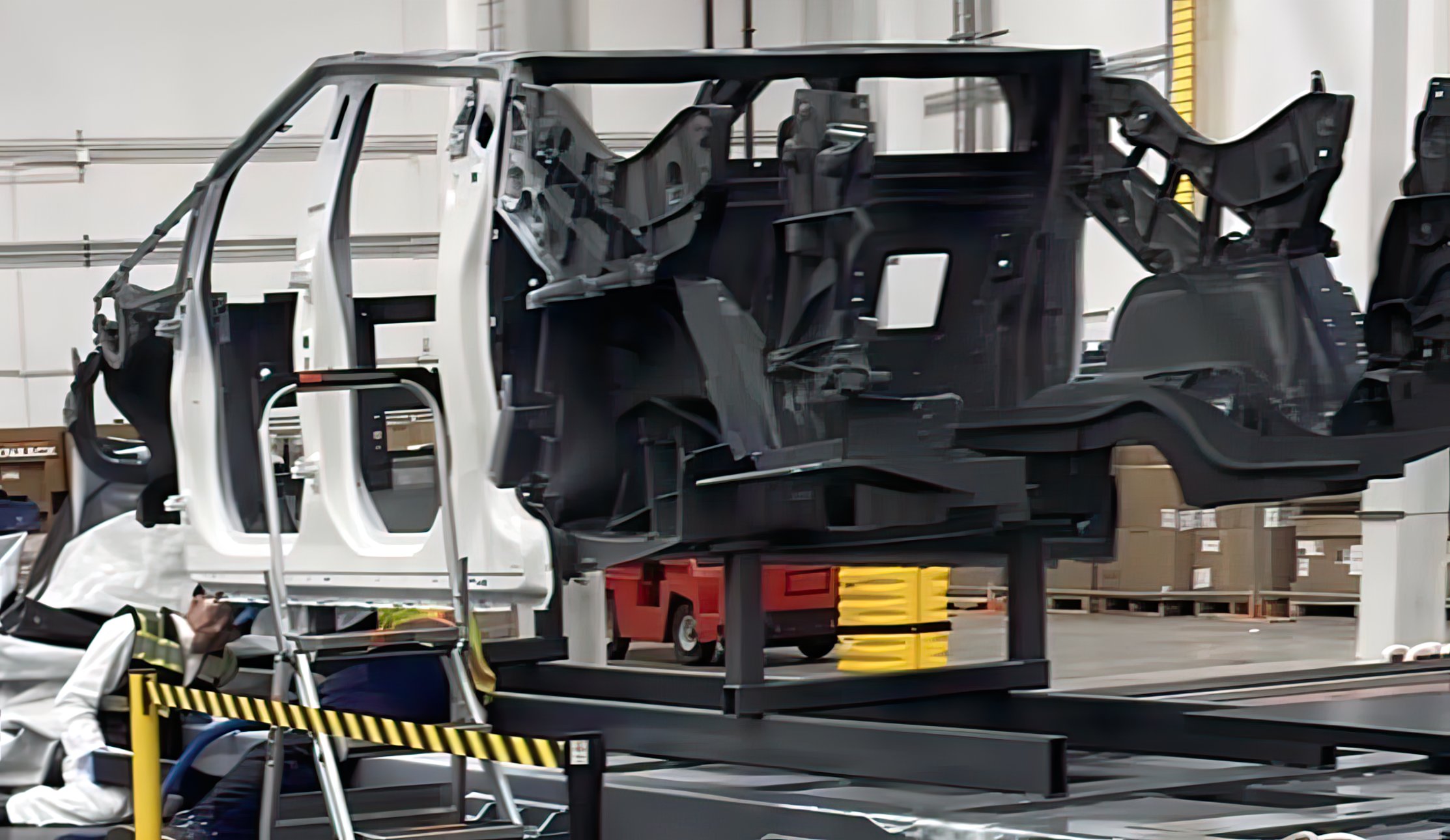 The electric vehicle community was recently graced by an image showing a first glimpse at the Tesla Cybertruck rear megacast. The image was reportedly leaked from Gigafactory Texas.

The image itself surprised many, partly because of just how large the apparent Cybertruck rear megacast was. The Cybetruck’s rear megacast is expected to be massive, with CEO Elon Musk noting that the component would require the use of a machine that is far larger than the already gigantic Giga Presses used for the Model Y’s front and rear underbody.

Automotive veteran and teardown titan Sandy Munro, who has extensive experience analyzing Tesla’s electric vehicles, recently shared his first thoughts about the leaked image of the Cybertruck’s rear megacast. Initially, President of Munro & Associates Cory Steuben posted a short clip of Munro reacting to the image, and in a later video, the teardown titan shared some of his closer observations about the image.

In his first impressions, Munro was immediately struck by the size of the Cybertruck’s rear megacast. Munro summed up his first impressions in his comment about the image. “That’s actually more revolutionary than what I thought,” Munro noted, adding that he would like to see if the component was actually just one casting.

Munro shared his findings in a follow-up video posted on YouTube. Upon closer inspection, Munro noted that the component in the leaked image does not seem to be a single casting, at least not yet. Instead, the component that was photographed in the leak was a prototype comprised of about five components that were welded together.

“This is a prototype. It means that they’re trying it out to make sure that from a fit standpoint, it’ll all work. I’m gonna tell you right now, there are (five) components that you’re looking at. They’re welded together. these components are probably made — these castings, what look like they are castings — but they’re made in a different way,” Munro.

“It’s called Lost-foam (casting). So what I can do is I can make a foam pattern, something like that, pam it up in sand, and then I pour molten aluminum into that cast or into that mold, and that mold will sublimate the styrofoam. It’ll just vanish. It turns into a gas, and then it’ll fill up the core that’s inside that mold, and it’ll give me this casting. It’s great idea for a prototype part,” Munro observed.

Despite skepticism from some who believe the Cybertruck is just vaporware that will never be released, updates from Giga Texas and the increasing number of images of the all-electric pickup truck in Tesla’s facilities suggest that the vehicle is indeed nearing production. This was practically confirmed by Tesla in the Q3 2022 earnings call when the company stated that Giga Texas is on track to begin early Cybertruck production in the middle of 2023.

Check out Munro’s insights on the Cybertruck leak from Giga Texas in the video below.