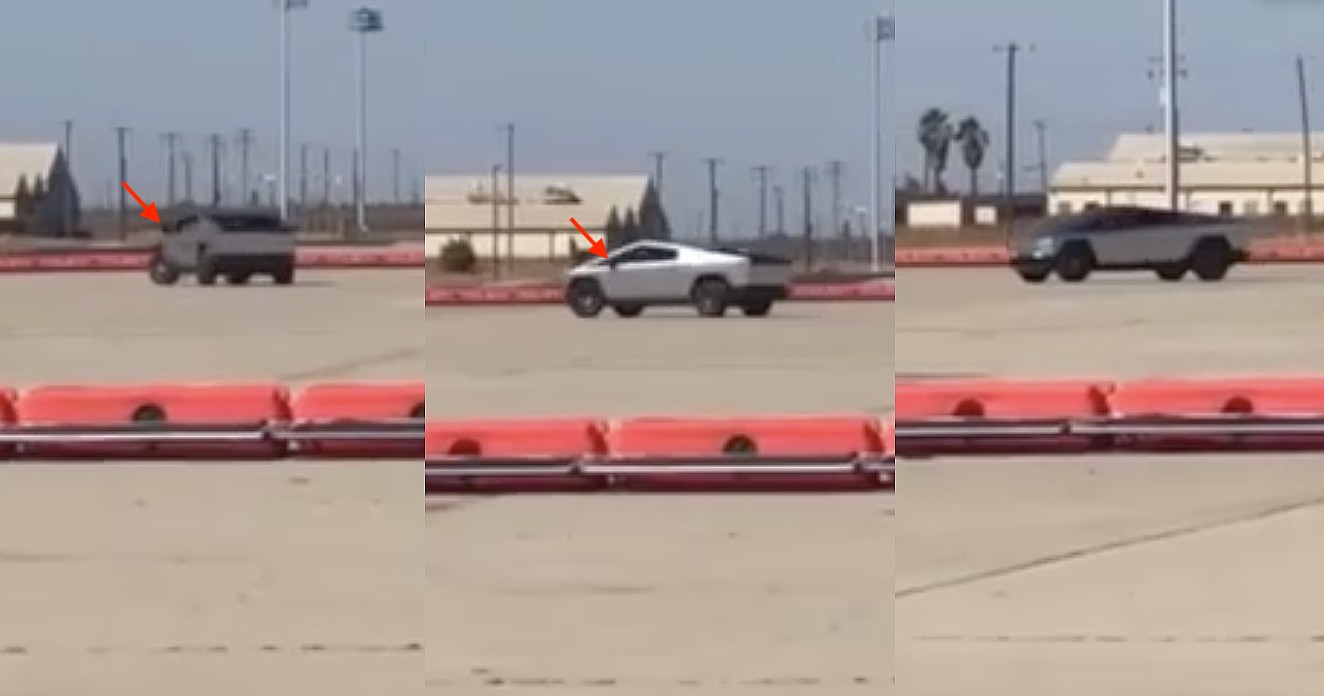 A short video recently shared online has hinted that Tesla is now testing an updated prototype of its futuristic Cybertruck. This time around, the hulking steel machine was evidently sporting a pair of side mirrors, and it also seems to be utilizing rear-wheel steering, a feature that had been previously teased by Elon Musk.

The recent clip of the Cybertruck with its new side mirrors was shared to Drive Tesla Canada by electric vehicle enthusiast Jesse Sandoval. According to the EV advocate, the video of the updated Cybertruck in action was taken at the Castle Airport, which is located at Atwater, California. Details of the all-electric pickup truck could not be determined in the video since the clip was recorded from a considerable distance, but the presence of side mirrors on the Cybertruck prototype seemed undeniable.

The Tesla Cybertruck has made substantial waves in the auto sector, and a lot of it is due to its unconventional design and overall brutalist look. The vehicle’s prototype, which had been spotted several times since its unveiling in late 2019, features an all-camera setup, with no side or rearview mirrors. Inasmuch as the absence of side mirrors makes the Cybertruck sleek and futuristic, however, an all-camera side mirror setup is still not allowed in some areas across the globe.

Tesla CEO Elon Musk has announced a number of updates that are coming to the Cybertruck. Apart from its rear-wheel steering features, Musk has also mentioned that the all-electric pickup truck would not have any door handles. This would be a departure from the pop-up handles used in the initial Cybertruck prototype, which resembled heavy-duty versions of the Model S’ door handles.

Musk also mentioned during the recently held AI Day that the Cybertruck would be the first Tesla that would be equipped with the company’s upcoming Hardware 4.0 computer, which should make the all-electric pickup truck as future-proof as possible. Tesla expects to produce the Cybertruck next year in Gigafactory Texas, with volume production hitting its stride sometime around 2023.