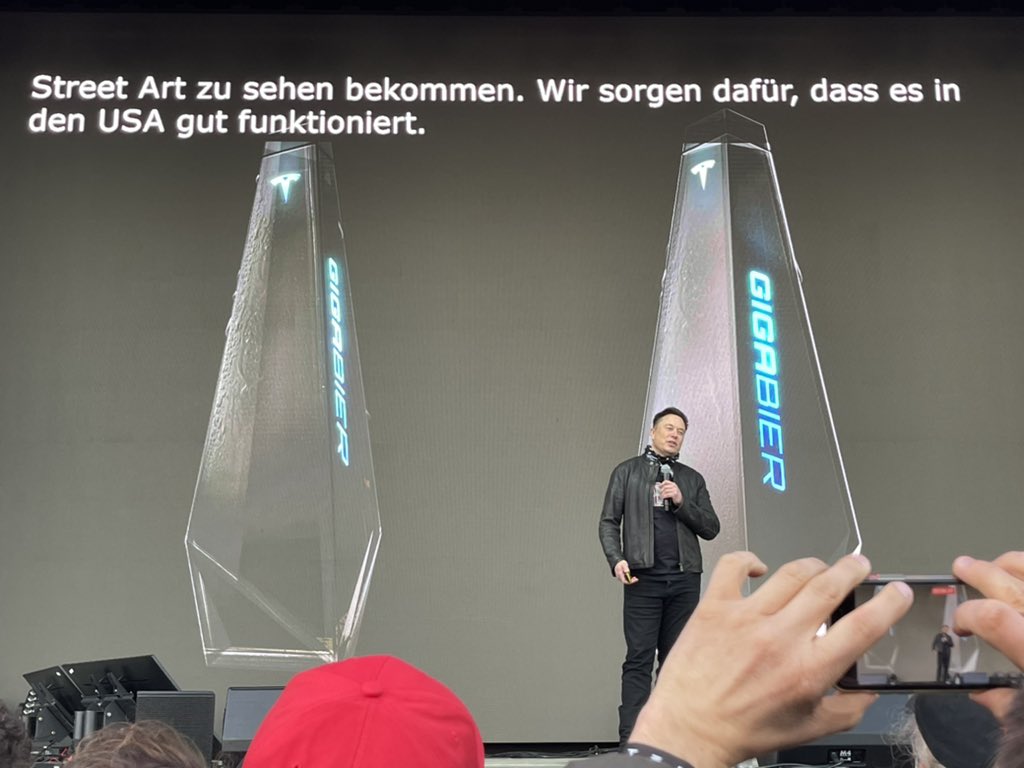 Tesla has trademarked the rights to use the phrases “Giga Beer” and “Giga Beer,” according to the United States Patent and Trademark Office.

During the “Giga Fest” event held on October 9th at Gigafactory Berlin, Tesla CEO Elon Musk stated that the company will develop a beer, amongst other things, that it will sell under the Tesla brand in the coming years. The Giga Bier appears to come in a Cybertruck-inspired bottle, featuring the sharp edges and futuristic look of the all-electric pickup that Tesla plans to begin producing next year.

“We’re going to build a train station that’s right on the property. And then we’re going to have graffiti murals all throughout the factory, on the outside and everything. So I think that’s going to be pretty cool. We’ve got some of them already. And we’re even going to have a beer,” Musk said at the event.

According to the USPTO website, Tesla has submitted the trademarks for both “Giga Beer” and “Giga Bier,” hinting toward a possible international expansion outside of Germany and into the United States. Both patents fall under the primary U.S. classes of Soft Drinks and Carbonated Waters, Foods and Ingredients of Foods, and Malt Beverages and Liquors. The patents do not relate to the design of the bottle but instead to the rights to use the names “Giga Beer” and “Giga Bier.”

If Tesla actually decides to crack open a cold one and develop its own beer, it will be its second venture into the alcohol business. Many are familiar with Tesla’s long story with its Tequila, which initially started as “Teslaquila” and then ventured into the much simpler “Tesla Tequila.” Tesla has sold two batches of its añejo tequila, both sold out in a matter of minutes. Bottles sell online for thousands of dollars, and international customers who could not have the liquor shipped directly to them were instead given a decanter as an alternative.

As of now, the two trademarks have both been registered in the United States, so there is no evidence that Tesla has reserved the right to use these names in other markets. However, Tesla can reserve the rights to these names if it decides to register an additional trademark application in Germany.