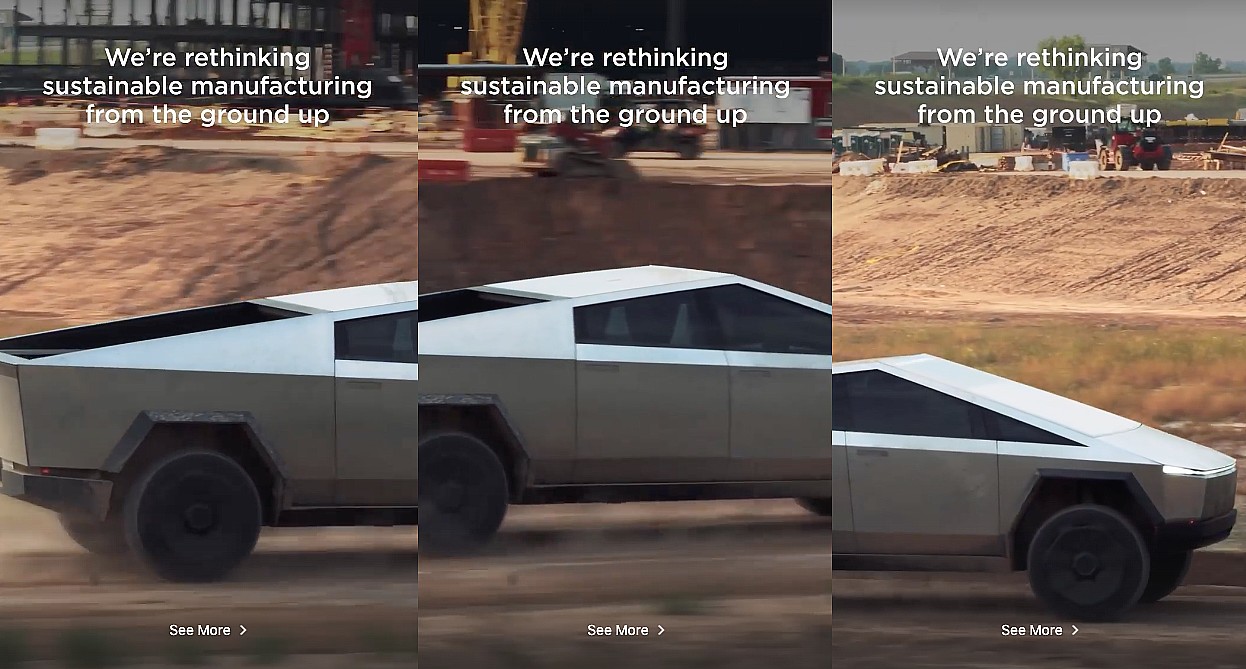 Tesla’s Elon Musk is quite fond of stating that the Cybertruck looks like a CGI render that’s come to life. This was definitely the case in a recently-shared clip of the vehicle as it was driving through Gigafactory Texas, which was shared on Tesla’s Instagram page following the release of the company’s 2020 Impact Report.

The new video of the Tesla Cybertruck at Giga Texas was very brief, but it showed the all-electric pickup truck passing through an unpaved section of the expansive complex. The vehicle seemed to be at home in the dirt as it moved quickly and smoothly despite the rough surroundings.

It would not be an exaggeration to state that the Cybertruck is one of the most unique vehicles in the world. It’s created to be a competitor to traditional pickup trucks, and it certainly has the features of one. But a lot of its characteristics, from its exoskeleton to its origami-style design, are extremely unorthodox. This makes the Cybertruck very polarizing — so much so that CEO Elon Musk has noted that Tesla has contingencies in place if the vehicle were to flop in the market.

Considering that unofficial trackers of Cybertruck reservations hint at over 1 million orders for the truck, however, a scenario where the Cybertruck would flop seems quite unlikely. This may very well be partly due to its robust set of features and its reasonable price, which starts below $40,000 for the base RWD variant.

The Cybertruck’s design echoes popular vehicles that have remained in CGI form. One of these is the M12 Warthog from the Halo franchise, which also features sharp angles and a distinctly futuristic look. Musk admitted as much on Twitter back in 2019, noting that the Cybertruck was inspired by games like Halo. Musk even called the vehicle an “IRL” version of the Warthog.

The Tesla Cybertruck is expected to begin its customer deliveries in 2022, as per the company’s official page for the vehicle. According to Tesla VP for Vehicle Engineering Lars Moravy during the Q2 2021 earnings call, however, the all-electric pickup is still on track to enter its beta phases by the end of the year. The progress of Giga Texas has been very impressive as well, with leaked images of the facility’s interior showing that a Model Y production line is already in its trial phases.