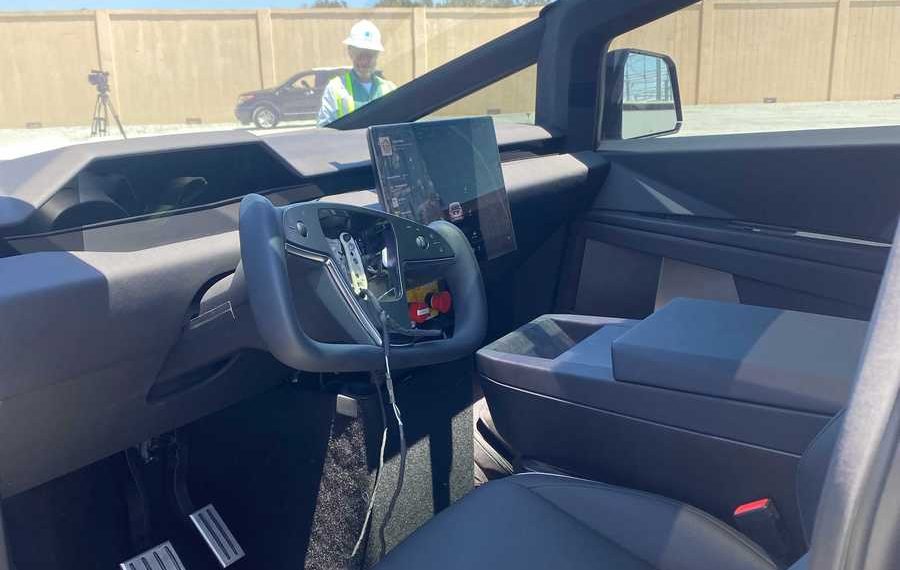 The Tesla Cybertruck recently made an appearance at the Moss Landing Megapack site in California. The uniquely-designed vehicle attracted a lot of attention online, with images and videos of the all-electric truck being shared on platforms such as Twitter.

Fortunately, images taken of the updated alpha Cybertruck prototype also provided what could very well be a first look of sorts for the vehicle’s interior. The original Cybertruck’s interior was extremely futuristic, from its marble-esque dash to its lack of an instrument cluster.

The updated prototype, at least based on images shared by KSBW Action News 8, featured several key differences compared to the Cybertruck’s original prototype that made its debut in late 2019. While the new prototype’s fit and finish is unsurprisingly rough, several key features are already evident.

These include a completely revamped dashboard. While the original Cybertruck prototype was equipped with a marble-like dash that seemed inspired by the Model 3 and the Model Y, the new prototype featured a dashboard with an instrument cluster that seemed to be more in line with the new Model S and Model X instead.

Also quite noticeable are the updated Cybertruck prototype’s pedals, which are as angular as the vehicle’s body lines. Seats that do not seem to have lumbar support could also be seen in the recently sighted vehicle, though this is something that might be changed as the all-electric pickup truck enters production.

What this means remains to be seen, of course, though electric vehicle enthusiasts have suggested that some of the production Cybertruck’s features may be quite similar to Tesla’s flagship vehicles like the Model X. Elon Musk demonstrated one such feature during the Cyber Rodeo event, when he showed off how the Cybertruck’s doors could open automatically for its passengers.