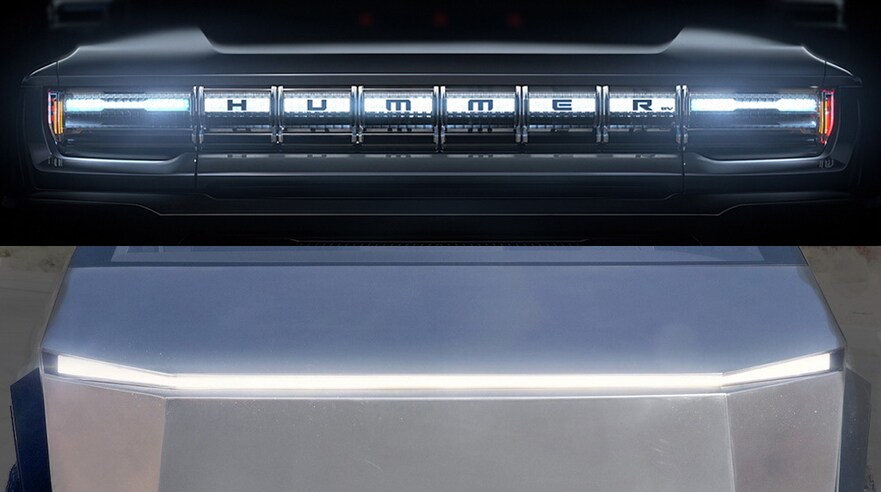 The Tesla Cybertruck will meet several competitors when it enters the market. There’s the Rivian R1T pickup truck, a luxury vehicle designed for the outdoors. There’s the Ford F-150 Electric, the EV version of America’s most popular pickup truck. But perhaps the Cybertruck’s biggest rival, both in terms of literal size and specs, is GM’s Hummer EV, a vehicle that represents the antithesis of Tesla’s exoskeleton-clad monster.

The GMC Hummer EV and the Tesla Cybertruck come from very different backgrounds. The Cybertruck is what happens when Tesla is unrestrained, and it is unashamedly different in its design and features. The Hummer EV, on the other hand, is a redemption of sorts for GM, as the emergence of the massive, gas-guzzling original Hummer marked one of the nails in the coffin of the veteran automaker’s controversial EV1 electric car.

The Hummer EV has garnered a lot of attention, and it is set for a reveal this May 20. However, the coronavirus pandemic may put a damper on the upcoming vehicle’s official unveiling. With social distancing rules pretty much negating the possibility of a launch event for the truck, sources familiar with the matter have told motoring publication CarBuzz that the Hummer EV’s unveiling will be rescheduled. This is not surprising at all considering the circumstances that have arisen from the pandemic, but it is unfortunate, nonetheless.

This potential delay could cost the Hummer EV a lot of momentum. The vehicle is already entering the all-electric pickup market pretty late, with companies like Rivian and Tesla already poised to release their trucks in the next year or so. Furthermore, the Hummer EV is riding a wave of momentum that resulted from GM’s clever teasers in recent months. Any delays in the vehicle’s unveiling might then result in waning interest from the EV community.

This is bitter pill to swallow for GM, especially since leaked production plans from the automaker have revealed that much of its commitments to electrification are not very serious at all. As indicated by production plans accessed by Reuters, both GM and Ford still intend to adopt a strategy that is heavily skewed towards the internal combustion engine for the next few years. This is despite CEO Mary Barra arguing that GM is dead serious about electrification.

But perhaps the biggest blow to the Hummer EV yet is coming from GM’s standing among car buyers. Earlier this year, GM, together with Toyota and Fiat Chrysler, decided to side with US President Donald Trump in his efforts to revoke California’s higher emissions standards. This promptly resulted in losses for GM, with CA banning the use of the company’s vehicles for its fleet. But it doesn’t end there.

According to the findings of a poll conducted by Matt George Associates for the Union of Concerned Scientists (UCS), GM’s decision to stand against California’s emissions standards has adversely affected its standing among car buyers. Out of the 1,000 owners surveyed, 51% who initially stated that they would “definitely purchase” another GM vehicle in the future decided to change their minds after learning of the company’s anti-emissions standards stance. GM’s favorability among buyers also saw a steep drop from 93% to just 44%.

These sentiments from the car buying public are the last thing that the Hummer EV needs to be a success. Using the Hummer, a vehicle that is traditionally perceived as the very representation of excess, as an entry into the electric truck market, is a bold move for GM. But successful bold moves usually involve a lot of delicate pieces lining up perfectly enough. Unfortunately for GM, the delays in the Hummer EV’s launch, coupled with negative sentiments against the company, may very well derail the all-electric truck even before its arrival.