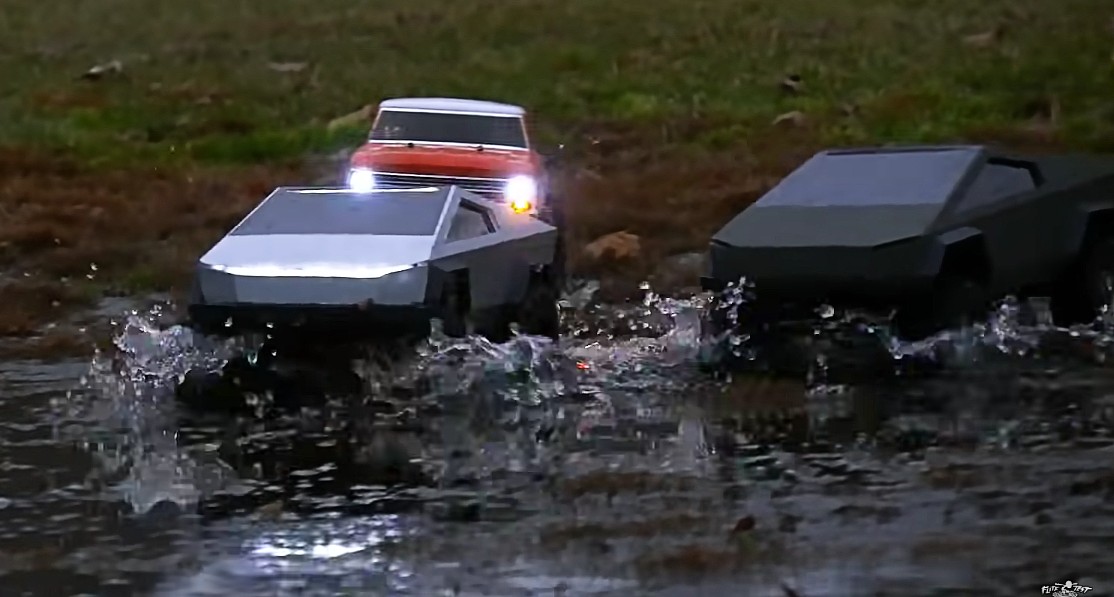 Rough and tough vehicles are expected to survive in the most unforgiving terrains. Being an off-road-capable all-electric pickup, the Cybertruck is designed to be as robust as possible. This means that the vehicle must be able to drive over water just as well as it would drive over gravel paths. Elon Musk’s recent tweets suggest that this will be the case. What’s more, the Cybertruck will even be able to float for some time when it encounters deep water.

The Cybertruck’s capability to wade through water is an invaluable feature that will likely be a key selling point for the upcoming vehicle. As indicated in the tweet that Musk recently responded to on Twitter, some pickup truck owners love fishing, and sometimes, that requires driving over some streams. It is then necessary for the Cybertruck to wade through water without damaging any of its internals. If the Cybertruck can wade through deep waters and even float for a bit, it would outclass the usual trucks that are used by fishing enthusiasts, such as the RAM and the F-Series.

Elon Musk’s comments about the Cybertruck being able to float for a while seems to be a reference to an incident back in 2016 that involved a Model S sedan encountering deep floodwaters in a tunnel. During the incident, the driver of the all-electric car was able to leave the area by using the Model S as a boat of sorts. Musk later noted on a tweet that while Tesla does not recommend using its vehicles like boats, its electric cars can survive in water for short periods, thanks to sensitive components like their powertrains being watertight.

Musk’s comment definitely seems accurate, as indicated by videos of Model S and Model X wading through deep floodwaters without any issues at all. It’s also pertinent to note that the Model S and Model X are not designed for off-road water wading activities, instead being city cruisers that are most at home on paved roads. Considering Musk’s comments, one cannot help but be a bit excited to see just how well the Cybertruck — a vehicle that’s actually designed for harsh conditions — does when it encounters water.

The Tesla Cybertruck is a vehicle that excites Elon Musk. He admits as much, recently noting that he cannot wait until Tesla starts building the truck. Musk may not be waiting much longer though, especially since several cities across the United States have already extended generous offers to Tesla for the all-electric pickup’s production facilities. The Tesla CEO has also mentioned some refinements to the Cybertruck’s design, such as a 3% reduction in physical size that would allow the vehicle to fit in a standard American garage.