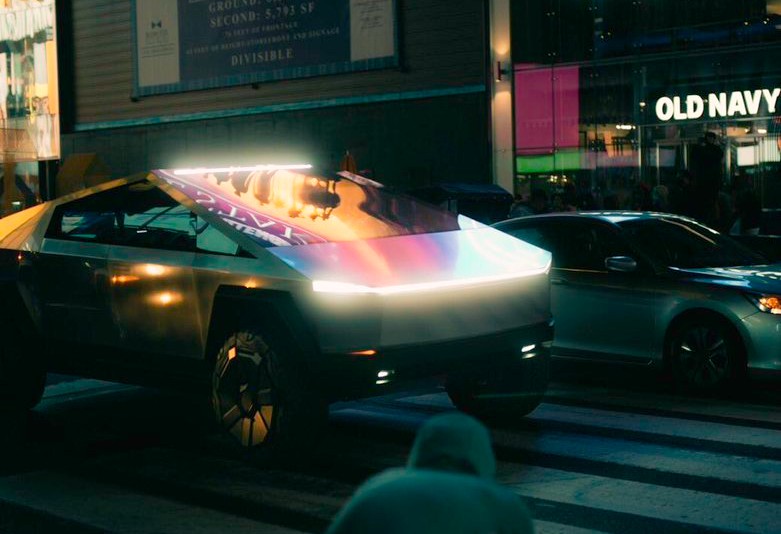 Everyone knows that the Tesla Cybertruck is an eye-catching vehicle. Even before it was unveiled, Elon Musk has noted that the Cybertruck was designed to resemble a futuristic armored personnel carrier from a cyberpunk movie set. The Cybertruck definitely proved the Tesla CEOs’ words these past couple of days, especially as it was photographed driving around the bright streets of New York City at night.

The excitement surrounding the Cybertruck has been palpable in New York City since Friday as the vehicle headed to Tesla’s showroom in the Meatpacking District of Manhattan, New York, where it was displayed. But while it attracted crowds of onlookers in the Tesla showroom, the vehicle stunned even more on the city’s actual roads. 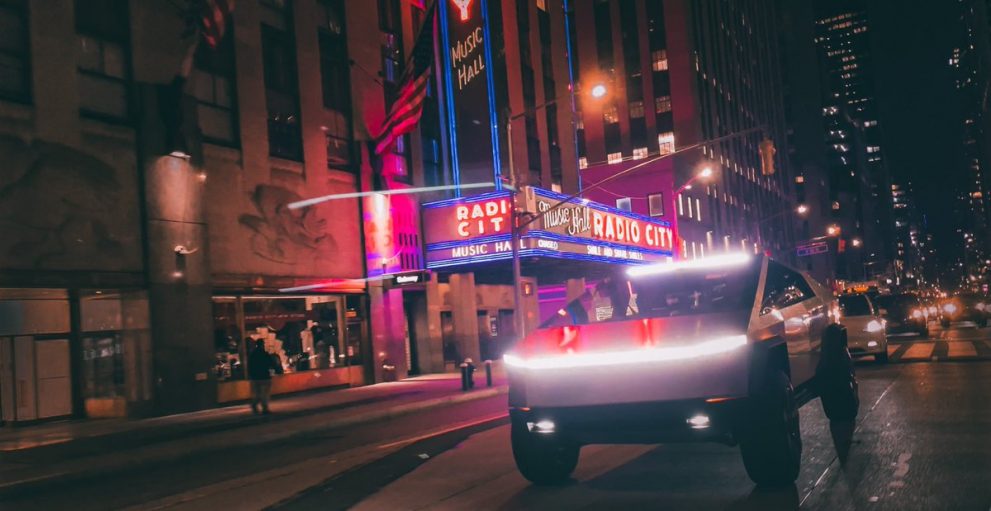 Images of the Cybertruck traveling in New York’s dark, neon-lighted streets did not only make the vehicle look futuristic; it made the city look like a setting for a cyberpunk tale as well. The Cybertruck’s unpainted steel body and flat panels meant that it reflected a good amount of light and color, making some of the vehicle’s pictures look almost as if it was rendered as a concept image for a video game. 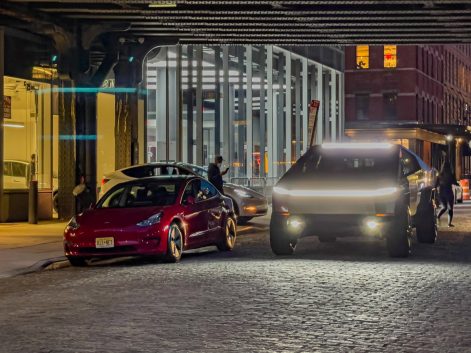 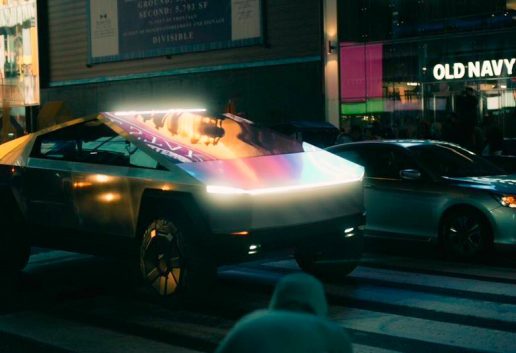 Apart from its extremely cyberpunk look, the Cybertruck’s recent trip to New York also highlighted just how large the vehicle really is. Videos of the all-electric pickup truck navigating the streets of the city revealed that the Cybertruck takes up almost a whole lane line when it’s traveling in inner-city streets. This is reasonably expected considering the vehicle’s size, of course, but it was still pretty interesting nonetheless.

If there is anything really emphasized by the Cybertruck’s recent NYC visit, however, it is the fact that the idea of what constitutes a “tough” vehicle is about to change soon. For the longest time, large, polluting trucks were considered partly as the kings of the road, with their large frames, high ground clearance, and their daunting presence. The Cybertruck is all that, plus more, as it is every bit as tough (if not tougher) as its competitors, but it also has the distinction of actually looking like a vehicle from the future. 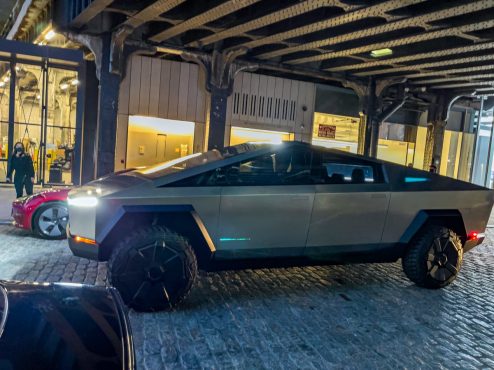 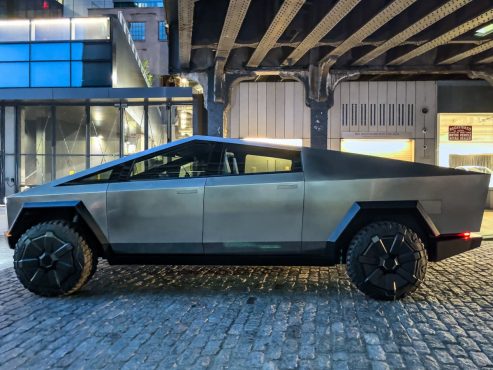 Those who have ordered the Cybertruck may not have to wait very long. While Tesla’s Gigafactory Texas is starting with the production of the Model Y, Elon Musk has noted that there is still a chance that the first batches of the Cybertruck may start deliveries later this year. But even if the company cannot accomplish this target, it seems like a very safe bet to infer that the following year would witness the true production ramp of the unashamedly futuristic all-electric pickup truck.

Guys, the #Cybertruck is at #SNL. #Tesla pic.twitter.com/Z0kj094w0c

And when it does, it may change the pickup truck segment forever.