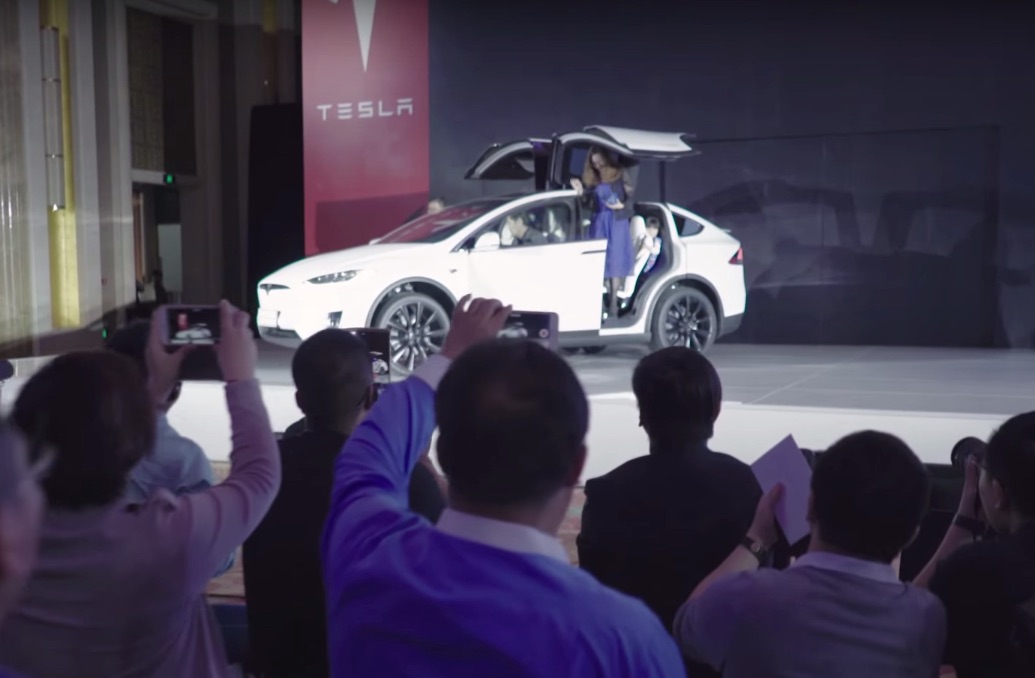 Tesla invited 400 guests to celebrate the official arrival of the Model X in China making it the first country in Asia to receive the electric SUV. The welcoming event took place at the Diaoyutai State Guesthouse, a historic hotel and garden retreat on the western suburbs of Beijing commonly used for hosting foreign heads of states and government leaders. However, this time it would be home to the grand arrival of Tesla’s flashy SUV.

According to Tesla’s VP of Asia Pacific Robin Ren speaking to the China Daily, Tesla is ahead of schedule by over six months and anticipates first deliveries to customers at the end of this month. Ren says, “Stimulated by the impressive number of orders of Model 3, we are now making a new capacity plan,”.

Tesla first announced back in February of this year that it would begin taking orders for the flashy Model X, just ahead of the country’s national Chinese new year holiday. Deliveries were not anticipated until the first quarter of 2017 though early sightings of the Model X seen at the Beijing air cargo terminal led some to believe that more of the electric crossover might be headed into the country, albeit the one spotted was presumably Tesla’s display car for the Beijing Auto China show.

China has become Tesla’s second largest market after the US, and has seen more than a 300 percent growth rate over the past year.

Here’s a video posted by Tesla highlighting the grand welcoming event of the Model X in Beijing.