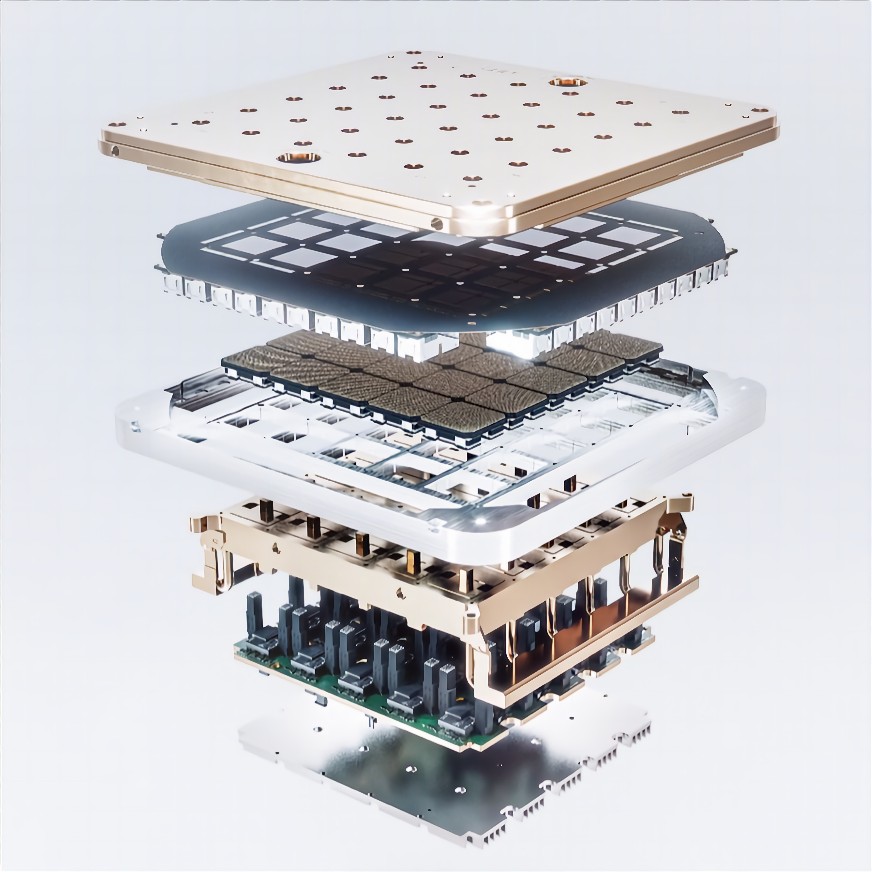 Ahead of Tesla’s AI Day scheduled for August 19th, legendary mechanical engineer Dennis Hong has teased a picture of what could be Tesla’s Dojo Chip. While Dojo is a Supercomputer that Tesla Head of Autonomy Andrej Karpathy released photographs of recently, Dojo uses an in-house chip, according to Elon Musk, along with a computer architecture optimized for Neural Net Training.

Hong, who has been a professor at the University of California, Los Angeles Samueli School of Engineering for several years, has an interest in robotic platforms, autonomous vehicles, and machine design. Interestingly, in 2011, Hong presented a TED Talk about the possibilities of making a car for blind people. During the presentation, Hong told attendees about the DARPA Urban Challenge, where he and his team of engineers developed a fully autonomous car that would automatically reach its destination without intervention. In 2007, when the Urban Challenge was completed, Hong and Co. placed third in the competition, taking home a cool $500,000 prize to continue developing self-driving techniques, among other things.

Hong dished out some added anticipation to Tesla’s AI Day event by sending out a picture of what is likely the in-house chip that Musk talked about in September 2020. “Dojo uses our own chips,” Musk said. Unlike most automakers, Tesla aims to develop most of its software and hardware in-house, especially when it comes to its autonomy projects. While Hong was unwilling to confirm or deny what his professional relationship with Tesla is, his expertise could likely have contributed to the development of Dojo and the autonomous driving project that the company has worked on for years.

Tesla has been developing its own chips since 2016, led by Jim Keller. Ultimately, Tesla wanted to design chips in-house so it knew all of the components and could likely sell the chip to other manufacturers later on. In 2019 at Autonomy Day, it unveiled Hardware 3.0, a chip that Elon Musk said was “objectively the best chip in the world.” Earlier this year, it was rumored that Tesla was working with Samsung to develop a new 5nm semiconductor chip that would assist with autonomous driving software.

Dojo is undoubtedly being developed in-house, but that does not mean Tesla will not attempt to gain the expertise and experience of some of the world’s most intelligent and accomplished engineers. With at least 14 years of experience in the field of self-driving cars, Hong may be the perfect candidate to help Tesla perfect and unveil the future of autonomous driving later this month. At AI Day, it is unknown what will be talked about or released as of right now, but there is obvious speculation that details regarding Tesla’s long-awaited Dojo could be released.

After announcing Dojo last year, Musk and Co. have remained relatively quiet regarding its development, but the company has continuously released updates to its Full Self-Driving Beta suite. Musk says updates will come “every 2 weeks on Friday” at midnight Pacific Standard Time.

Despite Tesla’s development and incremental improvements with nearly every software update, it is nowhere near completed. Instead, the strategy was to transition Tesla’s entire FSD strategy from what Musk called ~2.5D to 4D. Essentially, Musk wanted to transition the FSD Neural Network to a video format. Adding timestamps for more accuracy, the complexity of Dojo is likely something that will not only improve the accuracy of Tesla’s vehicles when FSD and Autopilot are operational, but it also will increase performance at a more drastic rate due to the increased rate of data capture. The massive amount of data that Dojo will comprehend requires one of the world’s strongest and most robust computer systems.

While Tesla hinted toward the release of Dojo late last year, it will not be ready until late 2021 at the earliest. It is unknown if Tesla will unveil Dojo at the event or give a simple progress update.