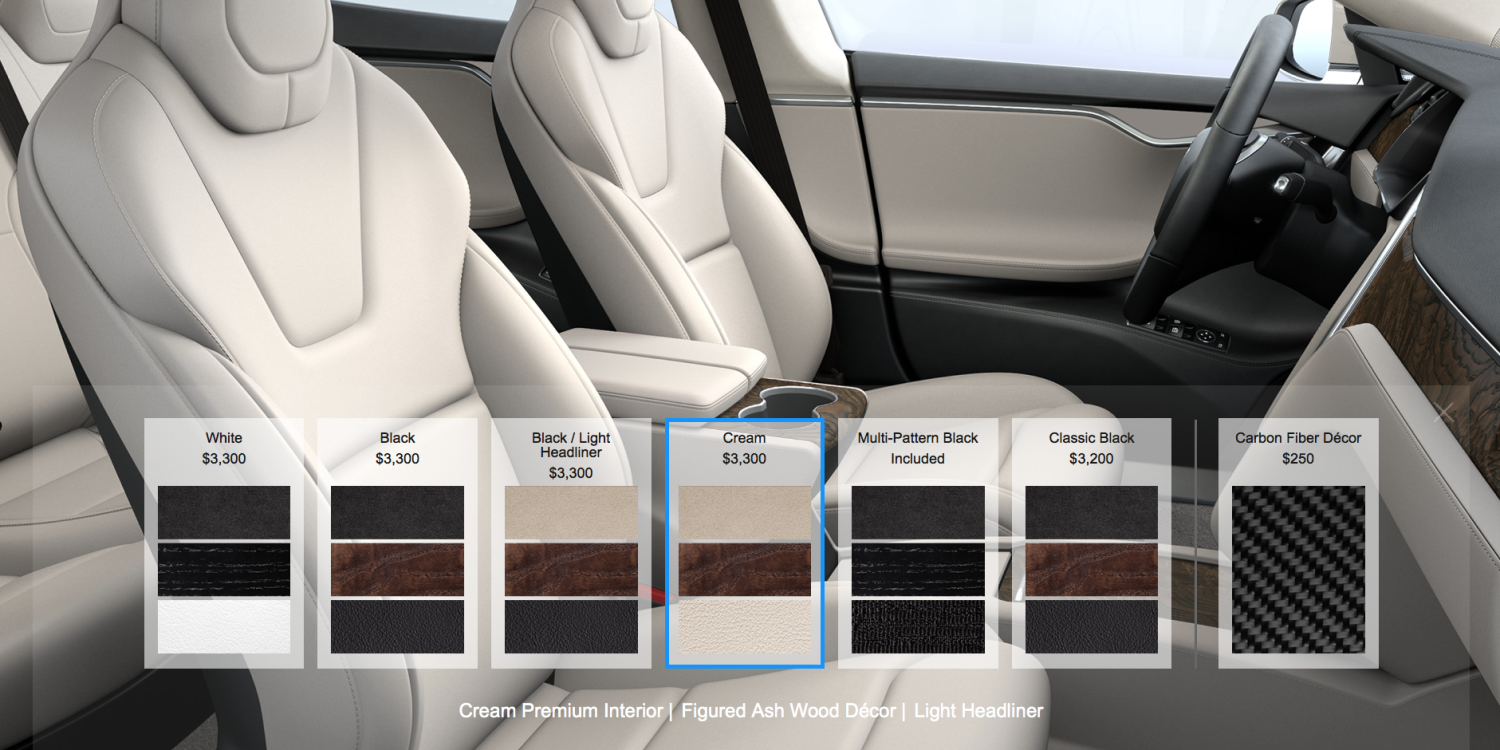 Amid all the excitement over the Tesla Model 3 Delivery Event tonight, there was another big piece of news: All of Tesla’s premium interior options will be completely leather-free.

While the company hasn’t released an official statement, a Tesla spokesperson confirmed the news to USA Today, saying that Tesla now only sells its premium seating option, a non-animal seating material designed specifically for the company.

Teslas still come with leather steering wheels, but there are leather-free options available.

“Cars still come with leather-wrapped steering wheels, but cruelty-free vegan options have been offered upon request in the past,” PETA said in a blog post.

Animal agriculture — including the leather industry — is responsible for 51 percent of all greenhouse-gas emissions. Turning animal skins into leather also requires 130 different chemicals, including toxins like cyanide, and to cap it off, leather production uses 15,000 gallons of water per ton of hides.

Tesla has always offered the vegan option of standard cloth seating, but PETA, which is a Tesla shareholder, has long pressured the automaker to drop leather seats entirely by 2019.

Although Tesla stockholders voted against the proposition, the following year Tesla rolled out its first synthetic leather premium seating option in “Ultra White” for the Model X, a victory for vegan Tesla lovers.

“PETA will continue to urge all companies to follow Tesla’s lead in choosing sustainability and kindness over cruelty,” Brainard said.

We’ll keep our eyes and ears open at tonight’s delivery event to see if Musk mentions a leather-free future for Tesla.