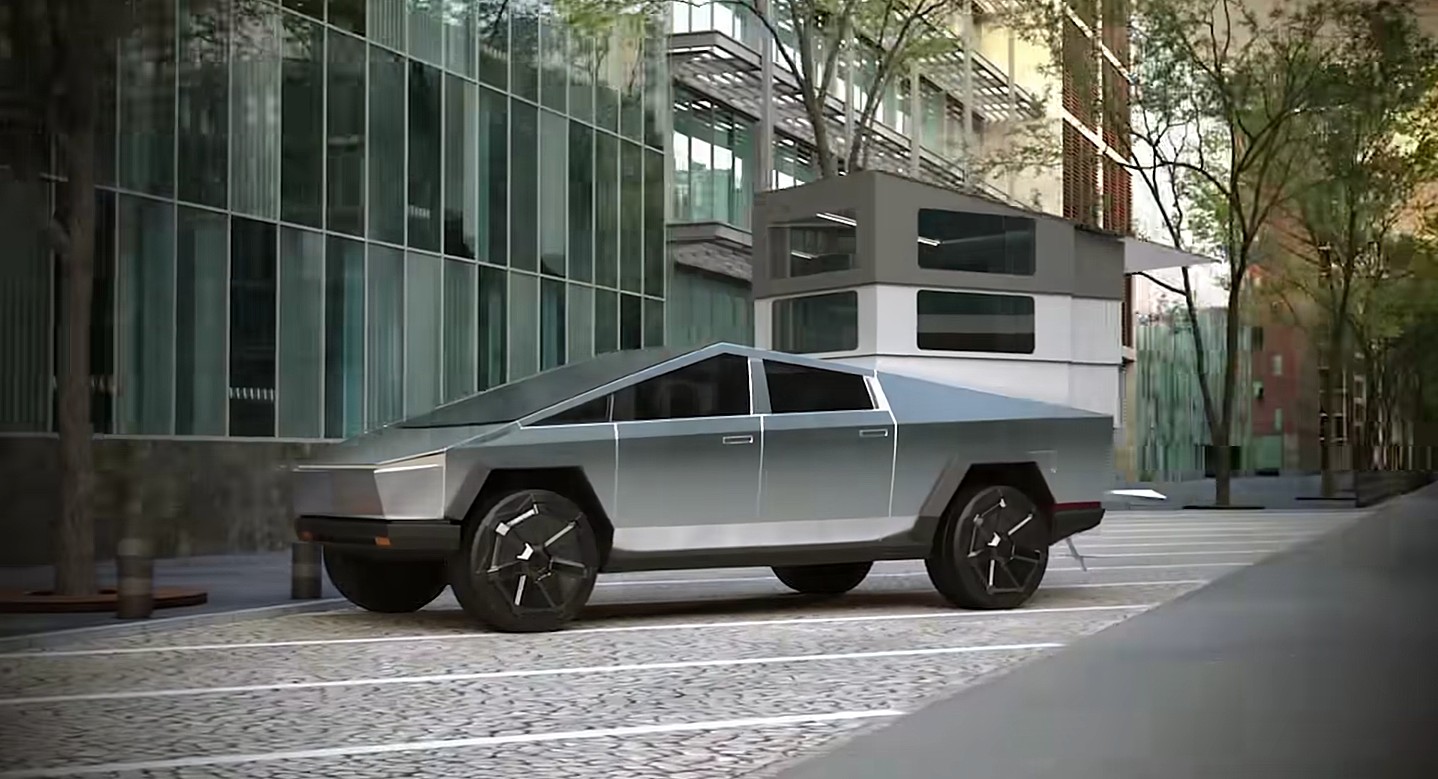 Tesla is, by all definitions, a perfect example of how moonshot ideas could eventually turn into something tangible and disruptive. Elon Musk is thus prone to entertaining ideas that some might consider downright insane, such as the next-generation Tesla Roadster’s cold gas thrusters. It was then no surprise when the CEO also acknowledged the efforts of the team behind the Cyberlandr, a transforming, compact camper specifically designed for the Cybertruck.

While interacting with his followers on Twitter, Elon Musk responded to a post from the Tesla Owners of Silicon Valley group, which highlighted the idea that numerous accessories and add-ons will be created for the Cybertruck. The Tesla Owners’ group shared a concept of the transforming Cyberlandr camper, which Elon Musk described as “Cool.”

This nod of acknowledgment from the Tesla CEO may very well be the best word of encouragement for the Cyberlandr team, who are currently looking for a facility in Texas where they could manufacture the compact, transforming camper. If Elon Musk considers the idea of the product as something cool, after all, then the Cyberlandr is, for the Tesla CEO at least, potentially feasible.

The Cyberlandr team, in a previous conversation with Teslarati, admitted that the idea of a transforming, compact camper is a very difficult project. As such, Stream It, the team behind the creation of the product, is doing what it can to make the ambitious camper into a feasible, profitable, add-on for the Cybertruck. The Cyberlandr team is moving very cautiously forward, turning to Tesla teardown expert Munro and Associates for help in building its Texas-based production facility.

Ideally, the Cyberlandr team would prefer to set up shop close to Gigafactory Texas, so they could install the camper to Cybertrucks that are fresh out of the factory. The team seems to be doing what they can to best prepare for the launch of the Cyberlandr’s production, however, with its engineering and design teams reportedly completing a “boot camp” of sorts with Munro and Associates’ design team. This enables the Cyberlandr team to be fully familiar with every part, piece, and process that would be needed to make the transforming Cybertruck camper into reality.