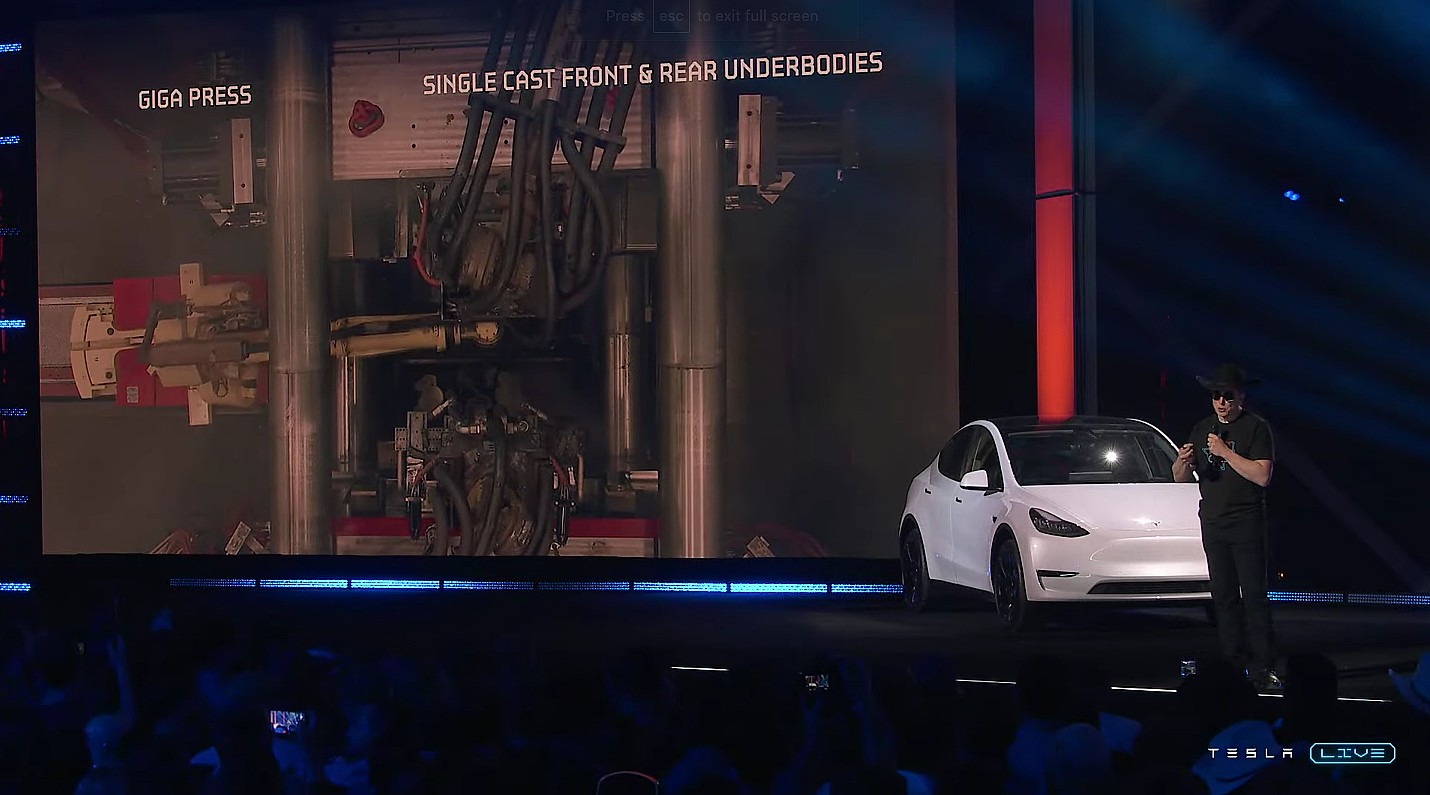 Tesla CEO Elon Musk discussed a variety of topics during his short address at the Cyber Rodeo in Gigafactory Texas. Among the topics he covered was the efficiency of Tesla’s electric vehicle factories, as well as the machines that make the company’s innovations possible. Of particular note are the Giga Presses, which produce the Model Y’s rear and front megacasts.

Tesla has all but pioneered the use of megacasts for its vehicles, and while their utilization was met with skepticism in the beginning, carmakers such as Volvo and Volkswagen have recently announced their intentions to adopt similar technologies for their future electric vehicle programs. Based on Musk’s recent talk, Tesla’s Giga Presses almost did not come to light since casting machine manufacturers had reservations about creating the house-sized contraptions.

According to Musk, Tesla found six major casting machine manufacturers, and five promptly rejected the company’s idea. Even the sixth, which is now known to be Italy-based IDRA Group and its parent company, LK Technology, just gave Tesla a “maybe.” For Musk, however, a “maybe” was as good as a yes, and thus painstaking work commenced to create the industry’s largest casting machines. Fortunately, this paid off, and Tesla’s megacasts have largely been a success.

“It’s a revolution in car manufacturing to basically make you car out of three major parts: a cast rear, a structural pack, and a cast front. So what you’re looking at are the biggest casting machines ever made. It’s kind of a crazy thing to make a car this way. It’s never been done before.

“When we were trying to figure this out, there were six major casting manufacturers in the world. We called six. Five said’ no,’ one said ‘maybe.’ I was like ‘that sounds like a yes.’ So with a lot of effort and great ideas from the team, we’ve made the world’s biggest casting machine work very efficiently to create and radically simplify the manufacturing of the car,” Musk said.

Tesla’s role in the development of the Giga Press was confirmed by Liu Siong Song, founder of LK Technology, which acquired IDRA in 2008. Being IDRA’s parent company, LK knew the intimate details about Tesla’s Giga Press concepts. And according to Liu, Tesla actually worked side by side with LK and IDRA for over a year to make the Giga Press. Liu even referenced revisions that Tesla would make on their concept, which resulted in LK and IDRA rolling out revisions on their end as well.

“Every once in a while, they would ask us whether it was possible to do this or that. With each revision they made, we needed to make changes in our machine, too,” Liu said.