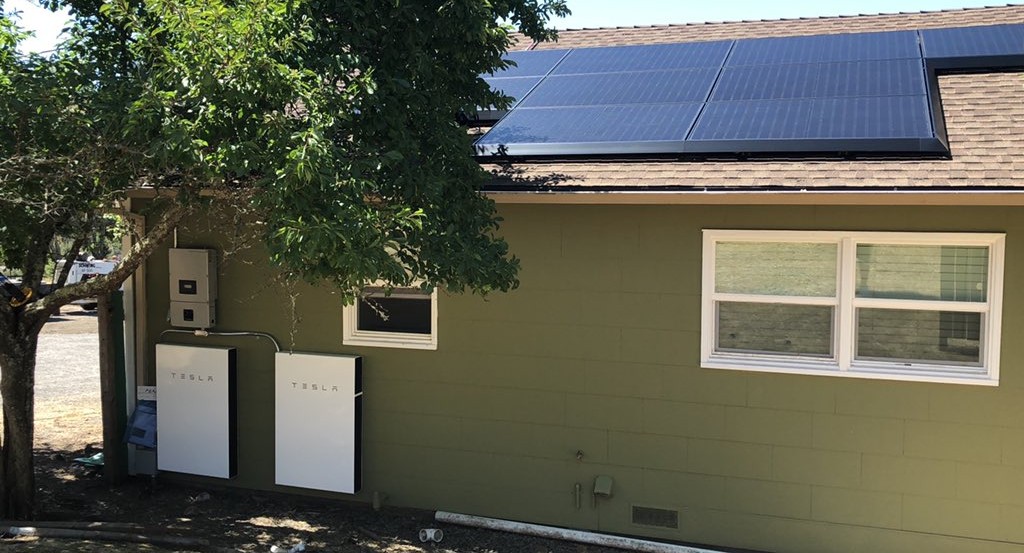 It appears that Tesla Energy’s highly-anticipated ramp is picking up some speed. With Model 3 production humming at levels that allow the company to begin distributing the all-electric sedans to international markets, the company seems to be intent in gaining back some momentum in the United States’ residential solar market, a segment that was, at one point, dominated by SolarCity.

Tesla Model 3 owner Nick Wood and his family had been looking to add solar panels and a home battery system to their house in Santa Rosa, CA. The home had been affected by the 2017 wildfires, and PGE had advised residents in the area that there will be power interruptions during windy, dry conditions. With the family being all-in on electric vehicles — a Tesla Model 3 and two Chevy Bolts under a lease — the Woods needed a way to achieve power independence from the grid.

The family filed applications for two projects: one for their main house with about 40 kW of solar panels and five Powerwall units, and another for a second house with 8.2 kW of solar and two Powerwalls. Both applications were filed around June 10. Following a site visit and once the loan terms and other financials of the project were approved, Tesla informed the family that the first Powerwall and solar panels were set to be installed on July 2. That was just over three weeks since the system was ordered.

@Tesla @elonmusk @ElectrekCo @Teslarati @ValueAnalyst1 Tesla solar easy as ordering a car 3 weeks from order to install, less than cost of power per month. Looks like 2 power walls and 26 panels will be installed in 1 day. Longer to get county/PGE sign off

The Tesla installers arrived at around 9 a.m. on the day of the installation. The team worked simultaneously, with some working on trenches for the system’s power connections, others setting up the Powerwalls, and the rest installing the solar panels. Much to the Woods’ appreciation, the entire project was fully completed before the end of the day. The team even set up two electric car chargers at no extra cost. The Tesla team also gave the Woods their email addresses so that they could forward any pertinent information about the site to the installers of the main house’s upcoming 40 kW solar panels and five Powerwalls.

In a message to Teslarati, Nick Wood mentioned that the installers had been finishing around one Tesla Energy project per day. The installers also stated that they have been particularly busy as of late, with an appointment with a residential solar and/or Powerwall customer being scheduled daily. Quite notably, Wood stated that his family now has to wait around 1-5 weeks for the county inspection so that they can activate the system. That’s potentially longer than the time it took for the solar panels and Powerwalls to be ordered and installed. 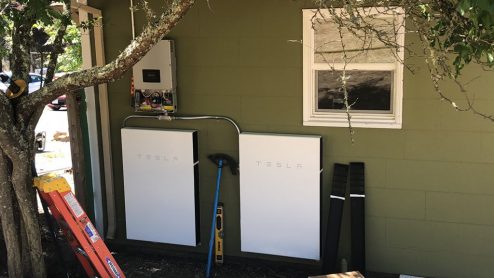 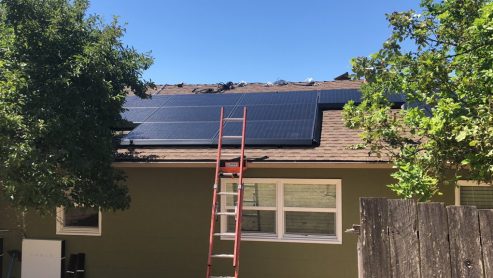 Granted, part of the reason behind the quick turnaround time of the Woods’ residential solar installation could be their location. Being in California, the family lives in a state that is heavily saturated by Tesla. Nevertheless, the efficiency exhibited by the installers, as well as the team’s mention of busy weeks filled with project after project, hints at a ramp in the company’s Energy initiatives.

This bodes well for Tesla’s residential solar business, which has seen a decline since the company acquired SolarCity in 2016. Since SolarCity’s peak of commanding 32.6% of the US market in 2014, Tesla’s presence in the country’s residential solar segment as shrunk, hitting only 6.3% during Q1 2019. Nevertheless, hints of a potential ramp started emerging last year, when Tesla started dramatically reducing its customer acquisition costs by spending only $0.40 per watt to acquire customers. This is far lower than competitors such as Vivint, which has customer acquisition costs of $0.94 per watt, and Sunrun, whose costs run at $0.90 per watt.

Tesla Energy is pretty much a sleeping giant for now. The business has so far been away from the spotlight, especially amidst the production ramp of the Model 3, but it has a lot of potential. Legendary investor Ron Baron, for one, has estimated that Tesla Energy on its own could be worth $500 billion. Elon Musk and the company’s executives, for their part, have noted that a ramp in Tesla Energy’s activities is underway, with the CEO stating during the unveiling of the Model Y that 2019 will be the “Year of the Solar Roof and Powerwall.”