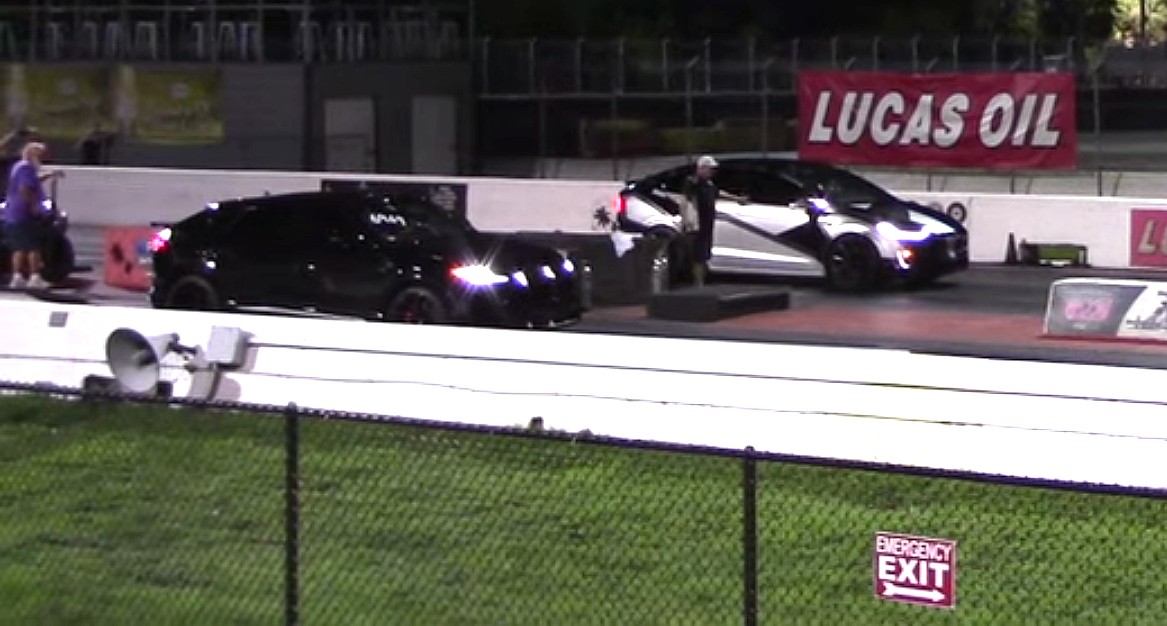 A Tesla Model X Dual Motor Performance (formerly dubbed as the P100D) recently went head-to-head in a quarter-mile drag race against one of the most formidable gas-powered SUVs in the market: the loud, growling Lamborghini Urus. During the quick race, the “Raven” Model X proved once more that it takes far more than an aggressive exterior and a loud engine to beat an all-electric vehicle that is designed from the ground up to be incredibly quick in a straight line.

Even before Tesla rolled out the “Raven” update for the Model X, the vehicle was already quite a monster in the drag strip, particularly in the quarter mile. Yet, despite its reign as the quarter-mile king among SUVs, there were still instances when the Model X was bested by the Lamborghini Urus, a monster of a crossover with supercar DNA flowing through every bit of its being.

Even among the car industry’s supercar elite, Lamborghini still holds a reputation for being quite radical, and the Italian automaker certainly did not disappoint with the Urus. The beast of an SUV is equipped with a 4.0-liter Twin-Turbo engine that produces 641 bhp, which allows the vehicle to launch from a dead stop to 60 mph in 3.4 seconds.

Previous races between the two SUVs have been intense, and for good reason. While the Model X’s 2.9-second 0-60 mph time beats the Urus’ 3.4 seconds, the Lamborghini can hit its stride incredibly quickly. Some races, such as those conducted by Carwow, ended with the Model X P100D winning in the quarter mile. Others, such as those undertaken by YouTube’s DragTimes, featured the gas-powered SUV besting its all-electric opponent.

Unfortunately for the Urus, its opponent this time around was no ordinary Model X. This time, Brooks of DragTimes gathered a couple of Model X Dual Motor Performance units, both of which are equipped with Tesla’s “Raven” updates, which include a wholly new and highly-efficient drivetrain design, along with a new adaptive suspension. These updates allow the Model X to reach 325 miles on a single charge, and in the case of the vehicle’s Performance variant, a bit more push.

So how did the race between these two insanely quick SUVs turn out? It seems like with the “Raven” updates, the Model X might actually be a bit too much for the Lamborghini Urus to handle. During a bout which featured a nicely-wrapped Model X and the Urus, the all-electric SUV soundly humbled its internal combustion counterpart. Off the line, the Model X shot off, and it continued pulling from there.

By the end of the race, the Model X Performance completed the quarter mile in 11.24 seconds at 119.86 mph, while the Lamborghini Urus finished the race in 12.22 seconds at 115.31 mph. Even during another race featuring another Raven Model X that did not have its Launch Mode enabled and the Lamborghini, it appeared that the all-electric SUV actually started gaining on the Urus during the middle of a run; something that rarely happened in the past.