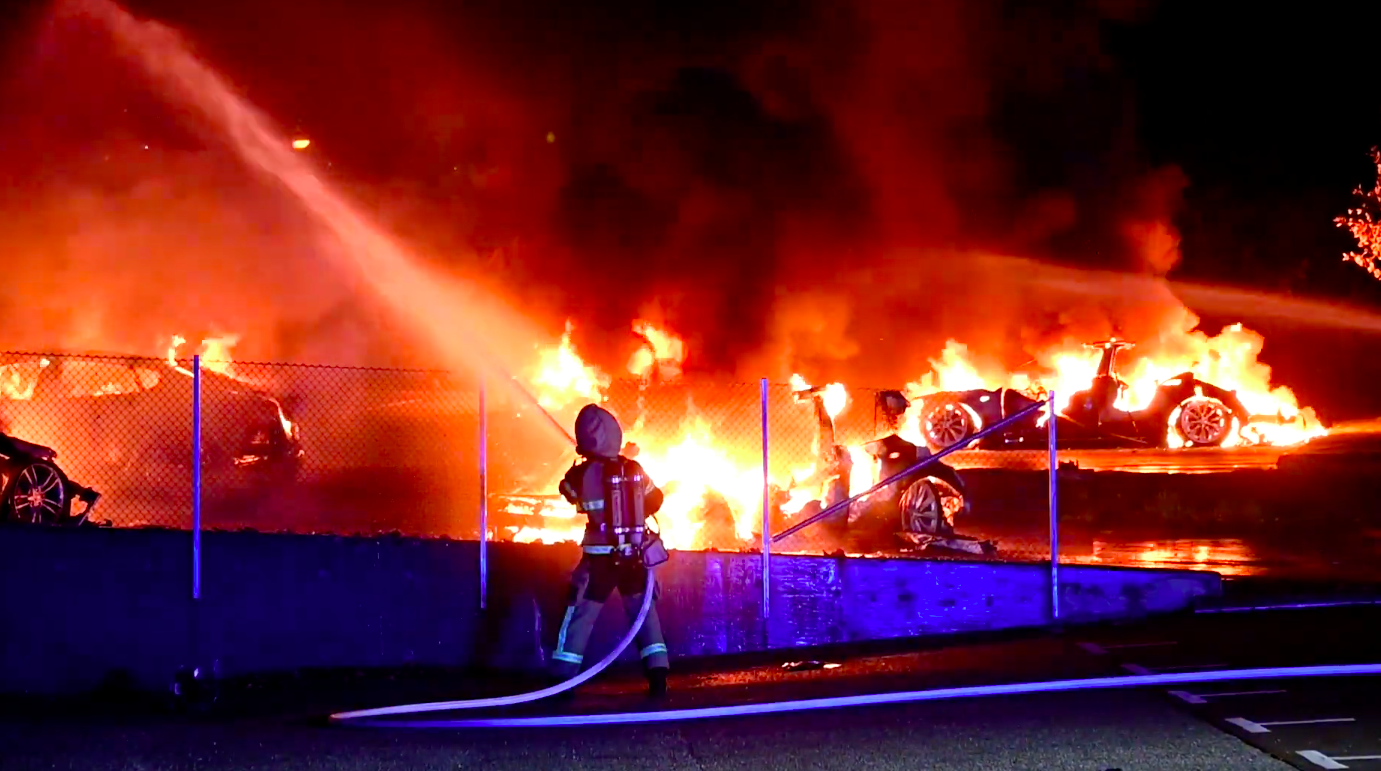 Several Teslas suspected of being deliberately set on fire in Sweden

Several Teslas parked at the premises of the electric car maker’s Malmö, Sweden location appear to have been set on fire. Authorities who responded to the incident have remarked that the incident appears to have been the result of arson. An investigation is currently underway.

The fire was initially reported last night local time, and when authorities arrived at the Tesla location, they found multiple electric vehicles that were ablaze. Interestingly enough, the cars that were burning were parked in several different places.

Magnus Köhlin, a rescue leader with the Rescue Service South, noted in a statement to SVT.se that the area where the burning vehicles were found covered about 300-400 square meters (3,200 to 4,300 square feet).

Staff from three local fire and rescue operations participated in extinguishing the blaze. Initially, it appeared that Tesla’s Malmö location itself was at risk of being caught in the fires. Fortunately, firefighters were able to control the fires before there was any legitimate risk to the Tesla sales and service center.

“We have concentrated on the cars that were closest to the building to reduce the risk of spreading to the premises. When we managed to put out the fire, we were able to put out the other car fires,” the rescue official noted in a statement to local media.

While the vehicle fires were being contained, officials promptly sent out a message to the public urging them to take extra precautions. The fire personnel also noted that they were especially cautious during their operations, so that they would not inhale any dangerous fumes from the vehicles.

So far, the cause of the fires remains unclear. However, Köhlin remarked that the fires appear to have been deliberately started. “I have a hard time seeing that there are any natural causes, but the police investigation must state that,” he said.

Police, for their part, have been at the scene of the fires, and a crime scene investigation has been started. “A report has been made of serious damage by fire,” duty officer Conny Strömberg said.

Despite the fairly large number of Teslas that were set on fire, no injuries have been reported relating to the incident.

A video of the incident in Tesla’s Malmö location could be viewed below.

Several Teslas suspected of being deliberately set on fire in Sweden