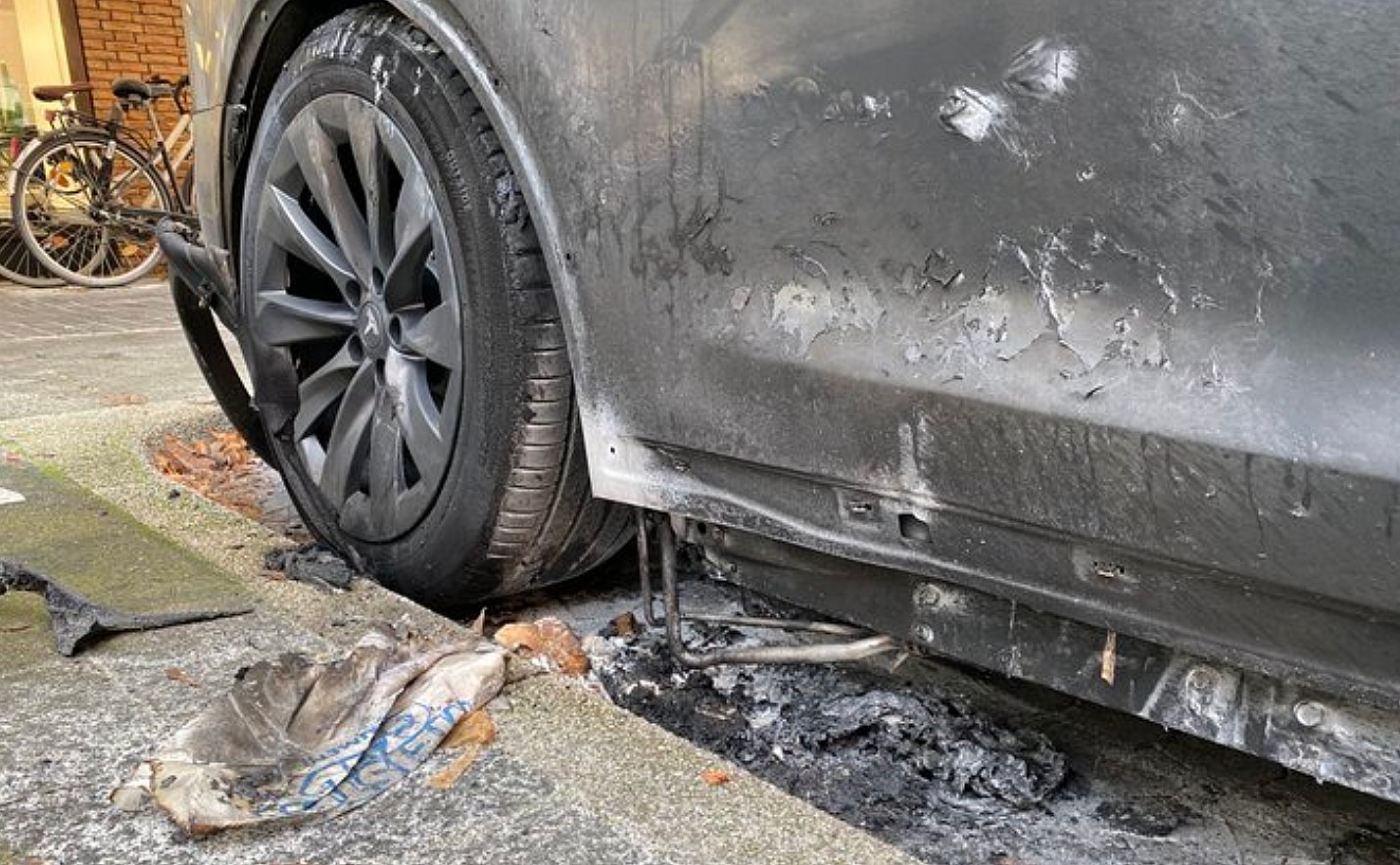 When Tesla owner Den Dal plugged his family’s 2018 Model X Long Range at a public charger during a recent business trip to Düsseldorf, Germany, he had no idea that it would be the start of a grueling ordeal. Twenty-four hours after plugging in his Tesla, Dal was left with a burned Model X, an FSD purchase that seemed to be up in the air, and a plausible arson incident that seemingly targeted the all-electric SUV.

Den Dal had rented an apartment for his business trip to Düsseldorf which was close to a row of public chargers that his Model X could be plugged in. Unfortunately, all of the public charger’s stalls were being blocked by fossil fuel cars on that day. This resulted in the Tesla owner plugging his Model X at another public charger, which was farther away, about 600 meters from the rented apartment.

The rates of the station were notably higher than Tesla’s charges for its Supercharger Network, but the location at least had a free stall for the all-electric SUV. Dal plugged in his vehicle and went back to his rented apartment, expecting to find his Model X charged and ready to go the next morning.

What he saw was not what he expected at all. To the Tesla owner’s shock, he found his Model X torched, and the burns on the vehicle suggested that it had been deliberately set on fire. A note from the police was placed on the windshield of the all-electric SUV, notifying the Tesla owner that he should head over to the station as soon as possible.

Unfortunately for the Tesla owner, his vehicle did not have a USB drive that was linked to its Sentry Mode feature. Thus, while Sentry Mode was active during the incident, no videos were retrieved from the Model X. The police also stated that there were no local cameras around the public charging station. No other Teslas were in the area either, which may have helped if they were running Sentry Mode as well.

Based on the specifics of the incident, it does appear that the Model X was singled out and deliberately burned. In the street where the vehicle was charging, there were more than 60 cars, some of which were premium vehicles and most of which were from German automakers, yet none were touched. Dal later found out that before his Model X was set on fire, another bike parked in the same area had been torched as well. Local firefighters who responded to the scene also saw where the flames started.

Quite amazingly, the Model X remained drivable despite being burned, which suggested that the vehicle’s batteries and powertrain were still intact after the incident. Describing the vehicle’s status in a message to Teslarati, Dal noted that the interior smelled particularly bad since chemicals of the cooling system seemed to have entered the cabin, as per observations from a Tesla Service Center. Tesla has not provided an update to the Model X owner yet, though there is a pretty good chance that the vehicle may be a total loss.

Dal is a supporter of Tesla and the company’s mission of transitioning the world to sustainable energy, and he purchased Enhanced Autopilot and the Full Self-Driving suite for his Model X despite knowing that the systems’ full features will be rolled out at a later time. That being said, Dal has notable concerns about his FSD purchase after his Model X was set aflame.

The Tesla owner had purchased FSD at a time when Tesla had a discount for the suite, and as such, the system was not insured with the vehicle. From this standpoint, it appears that while the Model X may be insured, its Full Self-Driving system was not. Dal is thus concerned that his FSD purchase will not be carried over if he does purchase another Tesla, which is unfortunate considering that he has not really been able to use much of what Autopilot and Full Self-Driving have to offer yet.

Dal resides in Europe, a region where regulations have forced Tesla to essentially cripple some key features of its Autopilot and Full Self-Driving suite. This results in key FSD capabilities such as Navigate on Autopilot with automatic lane changes and Smart Summon being practically impossible to roll out unless revisions are implemented in the region’s regulations. Tesla is doing what it can to address these regulations, but in the meantime, owners such as Dal, who have purchased FSD with their vehicle, are in a limbo of sorts.

Adding insult to injury, the Tesla owner has unfortunately been subjected to some online attacks from the electric car maker’s critics since posting about his experience online. Some have accused Dal of simply trying to attract attention, while others were insisting that the Model X’s batteries combusted on their own. The former point simply lacks basic empathy, while the latter seems farfetched considering that the Model X remained drivable even after it was torched.

For now, Dal is simply hoping that Tesla could provide a resolution for his vehicle and his FSD purchase. The Tesla owner noted that he would like to acquire another Model X if his SUV is totaled, though he looks forward to hearing about an update from the electric car maker soon.