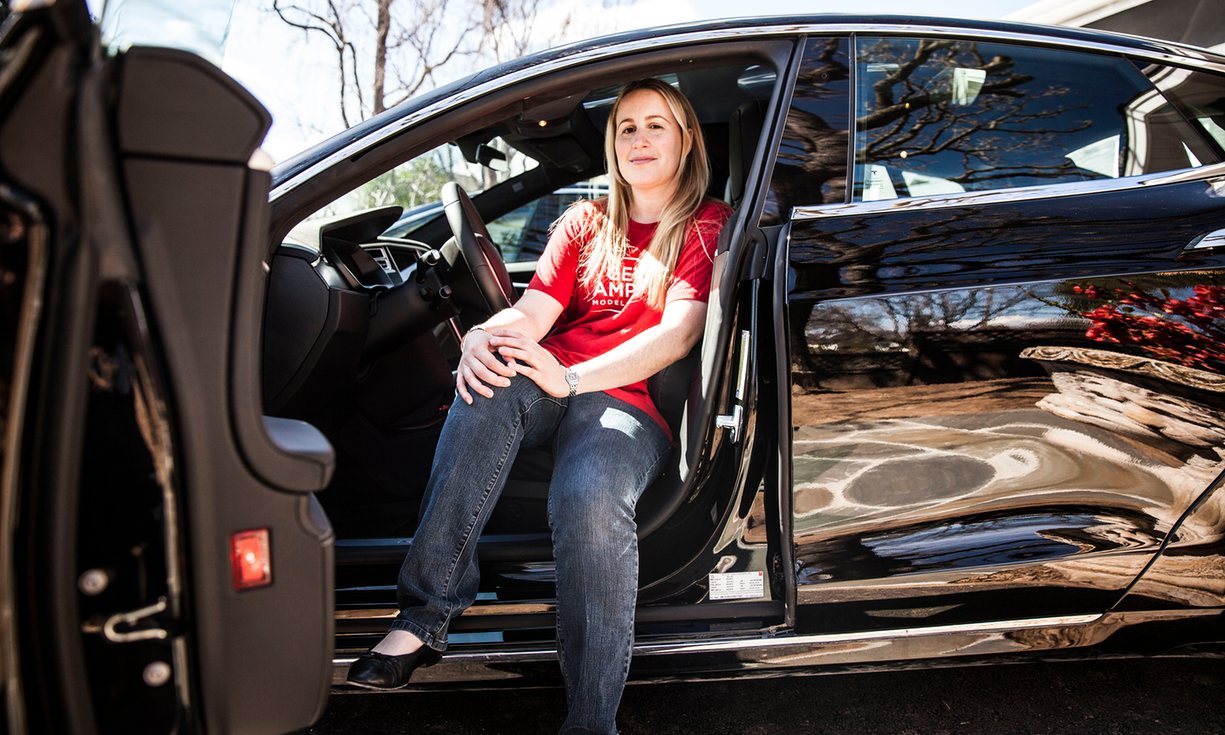 AJ Vandermeyden sits in her Tesla outside her family’s home in San Carlos, California. Photograph: Ramin Talaie for the Guardian

Tesla has fired the female engineer who sued the company for “pervasive harassment.” The Silicon Valley company says AJ Vandermeyden’s termination is justified because her claims were unsubstantiated, however, Vandermeyden’s attorneys allege that her being pink slipped is retaliation for her lawsuit.

Vandermeyden had been with Tesla since April of 2013, and alleged that during her time there she was subjected to behavior including “inappropriate language, whistling, and cat calls” at the hands of the mostly male staff. She further claims that she was paid less than her male colleagues despite performing work “equal in skill, effort, and responsibility.” Vandermeyden also says that her attempts to raise concerns about the quality testing of cars and office behavior toward women were ignored by male superiors.

“Despite repeatedly receiving special treatment at the expense of others, Ms. Vandermeyden nonetheless chose to pursue a miscarriage of justice by suing Tesla and falsely attacking our company in the press,” a spokesperson said. “After we carefully considered the facts on multiple occasions and were absolutely convinced that Ms. Vandermeyden’s claims were illegitimate, we had no choice but to end her employment at Tesla.”

Vandermeyden’s lawyer told The Guardian that their client’s termination “proves our case. It’s clear retaliation.” She added “Somebody is trying to instill in employees that when they speak out about matters they are legally allowed to speak out about, they too will be fired.”

Gabrielle Toledano, Tesla’s new global head of Human Resources, personally informed Vandermeyden of her termination. Vandermeyden was fired because she was “behaving in what the evidence indicates is a fundamentally false and misleading manner, not as a result of retaliation for the lawsuit,” the spokesperson said. “It is impossible to trust anyone after they have behaved in such a manner and therefore continued employment is also impossible.”

The story first got national attention when Vandermeyden went public with her lawsuit in February of this year, although the lawsuit was filed in September 2016.

At the time, Tesla said “She sought and was advanced into at least one other new role, evidence of the fact that Tesla is committed to rewarding hard work and talent, regardless of background.”

“Until somebody stands up, nothing is going to change,” she said in an interview with The Guardian about the discrimination lawsuit she filed last year. “I’m an advocate of Tesla. I really do believe they are doing great things. That said, I can’t turn a blind eye if there’s something fundamentally wrong going on.”