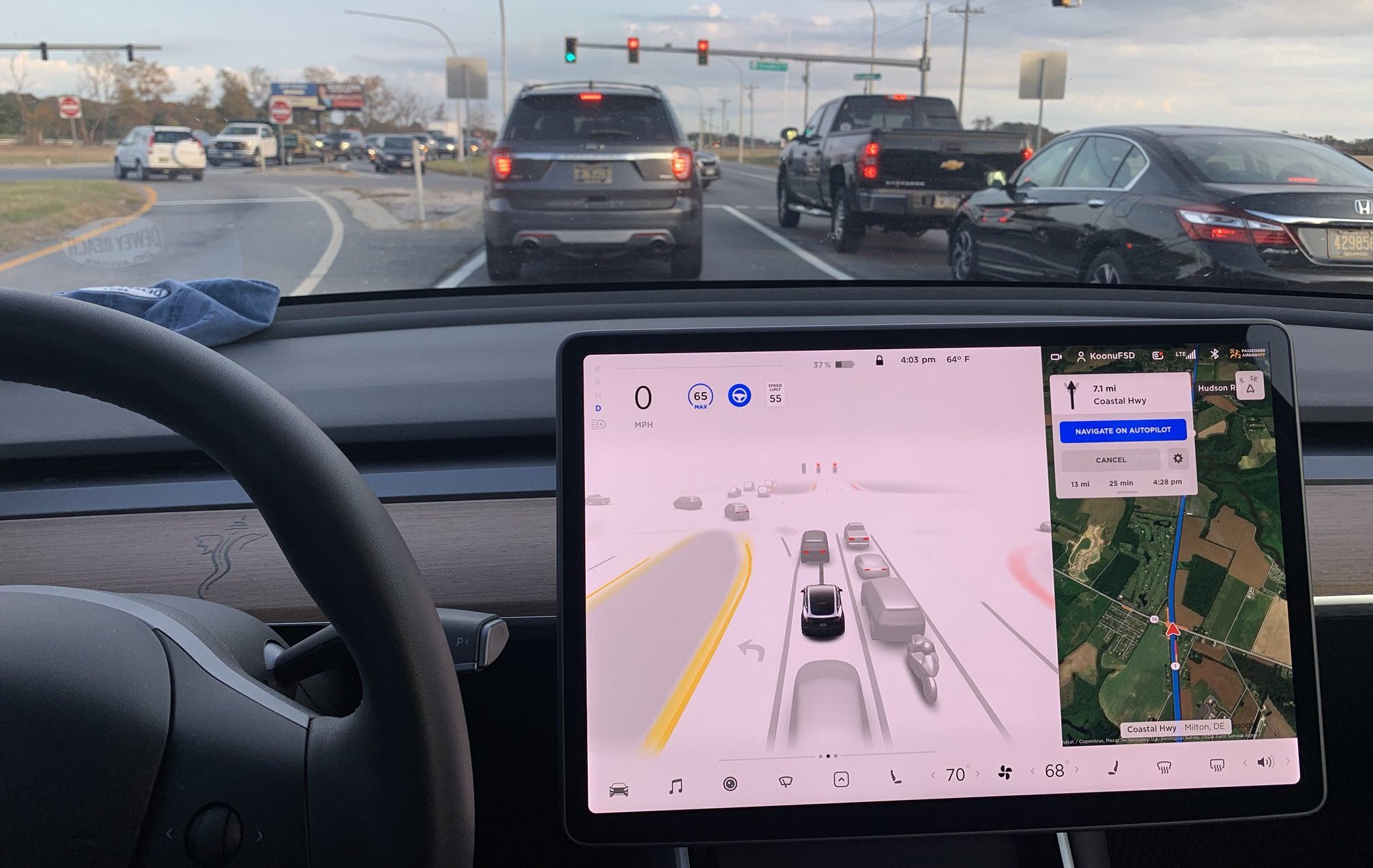 Amidst the departure of former Tesla Director of AI Andrej Karpathy on Wednesday, Elon Musk provided an update on one of the company’s most important projects — Full Self-Driving. According to Musk, the highly-anticipated FSD Beta v10.13 should enter internal beta on Thursday.

With Karpathy’s departure, a good number of Tesla supporters expressed their concerns that projects such as Autopilot and FSD Beta may be adversely affected. Musk, however, assured Tesla owners on Twitter, noting that the progress in the development of Tesla’s AI projects is ongoing.

Provided that FSD Beta 10.13’s internal beta is successful, an external beta of the advanced driver-assist system should be released next week, according to the CEO. Musk noted that this upcoming version should be able to handle “Chuck’s complex left turn,” an apparent reference to FSD Beta tester Chuck Cook’s challenging unprotected left turn that the Full Self-Driving Beta is yet to fully conquer.

Musk also provided some insight on the release of FSD Beta v11. According to Musk, the importance of FSD Beta v11 has been reduced by the recent v10.x releases. This means that the recent FSD Beta v10.12 and upcoming v10.13 updates are “already mostly at v11.” That being said, Musk noted that FSD Beta v11 should hopefully release at the end of August.

The excitement surrounding FSD Beta v11 is notable, partly because it is believed to be the version that would incorporate a “single stack.” With a single stack, FSD’s inner city streets driving and highway Autopilot would work on the same codebase. This is a notable update from FSD Beta’s current iteration, so the delays in its release are understandable.

While Elon Musk has been pretty conservative about FSD Beta as of late, the CEO has shared some optimistic and indirect statements about the system as of late. When asked recently if The Boring Company’s Tesla Loop fleet in Las Vegas will be using FSD soon, Musk noted that this would happen “maybe later this year.”

Considering that the Loop system is used by the public in Las Vegas, Musk would likely only issue such a statement (and only roll out FSD to the fleet) if he is extremely confident in the system’s capabilities — even if navigating the tunnels seems like a simple task.