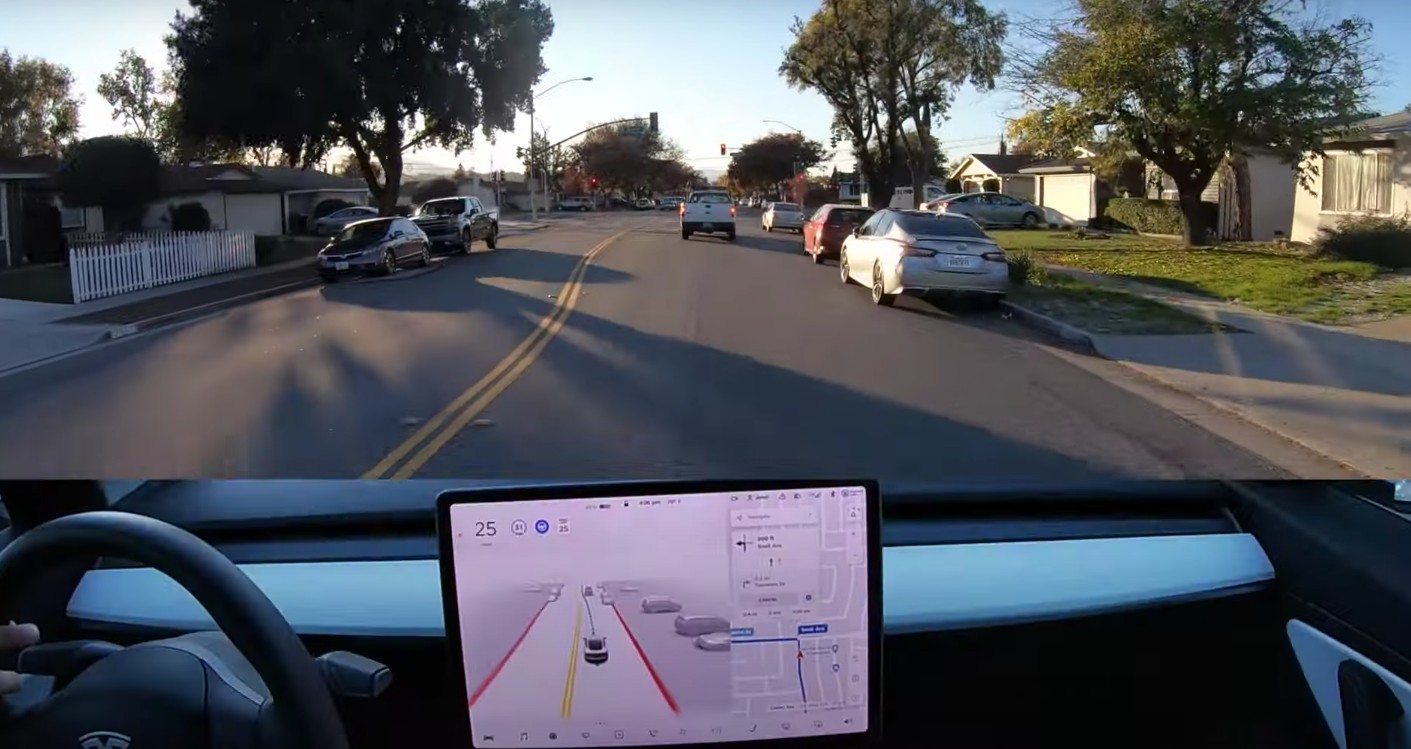 Tesla FSD Beta 10.5 is now rolling out to a broader number of electric vehicle owners, and the first videos of the advanced driver-assist system in action are now being shared online. Based on the first impressions of longtime FSD Beta users, it appears that V10.5 is a substantial leap forward, especially compared to V10.4, which was considered by many to be a step back for Tesla.

Tesla Model 3 owner and veteran FSD Beta tester AI Addict on YouTube, for example, observed several interesting new behaviors from V10.5 during a quick drive, some of which made the all-electric vehicle behave more human-like than before. These include the system’s performance on unmarked residential roads, which some viewers have described as near-perfect.

The system is still not seamless, of course, with the FSD Beta tester sending several reports to Tesla during the short drive, but the vehicle performed quite smoothly overall. The leap from FSD Beta 10.4 to V10.5 could be seen quite notably in the Model 3 owner’s previous videos. As could be seen in a video of FSD Beta 10.4 shared by the Model 3 owner, that particular iteration of the driver-assist system was not the best that Tesla has released, with the system hesitating during unprotected left turns, among others.

The improvements in FSD Beta 10.5 were leaked in the update’s Release Notes over the weekend, and it quickly got a lot of Tesla enthusiasts quite excited. While reports from Tesla update tracker Teslascope hinted that the first batch of FSD Beta 10.5 recipients were company employees, the improvements mentioned in the leaked Release Notes were substantial. These include improved VRU and cone and sign detection, as well as the ability to change lanes away from a merging vehicle instead of slowing down. Tesla mentioned that FSD Beta 10.5 should see fewer “false slowdowns” as well.

Considering the reception from veteran FSD Beta testers, it appears that V10.5 is a solid release and a definitive step in the right direction for Tesla. This bodes well for the company’s autonomous driving program, which is being built up with every update of the FSD Beta software. And while there are releases that are less than stellar such as V10.4, the quick improvements that are rolled out in subsequent updates like FSD Beta 10.5 suggest that Tesla is working extremely hard to develop and evolve its advanced driver-assist technology into something truly remarkable.

Watch a first drive of Tesla FSD Beta 10.5 in the video below.