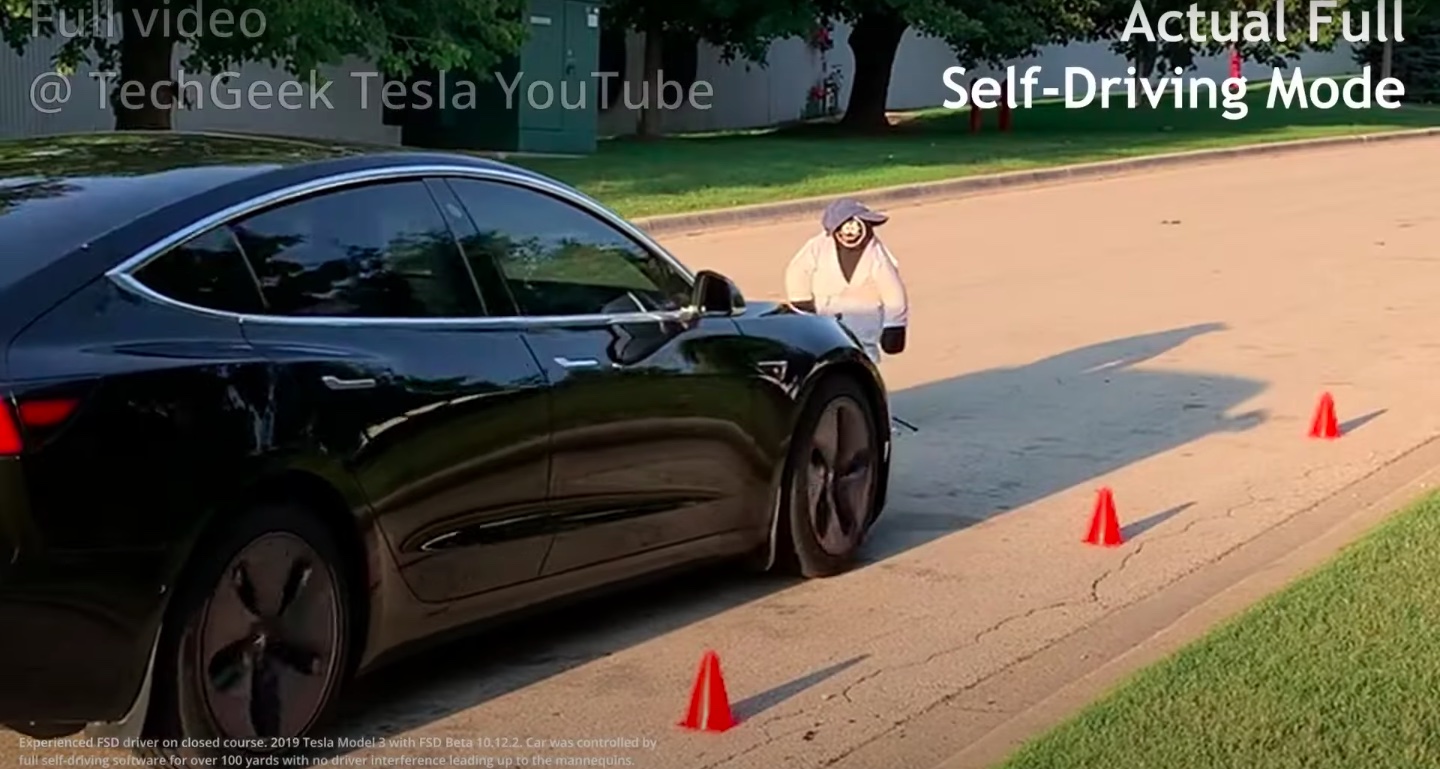 A Tesla Model 3 owner and FSD Beta tester has filmed a parody (of sorts) of Dan O’Dowd and The Dawn Project’s debunked anti-FSD ad, which claims that the advanced driver-assist system will indiscriminately “mow down children.” Ironically enough, the parody of O’Dowd’s ad actually ended up being accurate.

Tesla owner Jon Herrity has been part of the FSD Beta program since October 2021. Having used the advanced driver-assist system extensively, Herrity is completely familiar with the capabilities of Tesla’s FSD Beta. In a post on Twitter, the Model 3 owner noted that he tested for three days under a variety of conditions using three separate mannequins, and each time, FSD Beta proved The Dawn Project’s claims wrong.

While quite humorous, the parody of O’Dowd’s anti-FSD campaign does highlight several things about FSD Beta. For one, it is extremely sensitive to humans to the point where it makes vehicles almost overly-cautious. It also shows that the advanced driver assist system will do everything in its power to avoid obstacles on the road.

Elon Musk has responded to the parody ad, noting that FSD v.10.69.1 would be even better. So far, however, v10.69.1 has received polarizing reactions from FSD Beta testers. Longtime user Dirty Tesla, for one, shared videos of FSD Beta navigating out of a parking lot smoothly, while fellow veteran FSD Beta tester Kim Paquette posted clips of her car handling a pretty complex unprotected left turn very well.

Some testers, however, responded to v10.69.1 by stating that it is a step back from FSD Beta 10.69. Among these is @WholeMarsBlog, who noted that v10.69.1 still has some kinks that definitely need to be ironed out before it’s released to the program’s 100,000 users. Tesla has been extremely careful with FSD Beta’s rollout so far, so v10.69.2 should be quite refined.

FSD Beta is expanding rapidly, and it is also attracting quite a lot of scrutiny. Fortunately, Tesla seems to be responding to some of these, with Dan O’Dowd noting earlier this month that he had received a cease-and-desist letter from Tesla demanding that he take down his anti-FSD campaign due to its inaccuracy and defamatory nature. O’Dowd refused, pledging instead to put even more money into his anti-Tesla efforts.