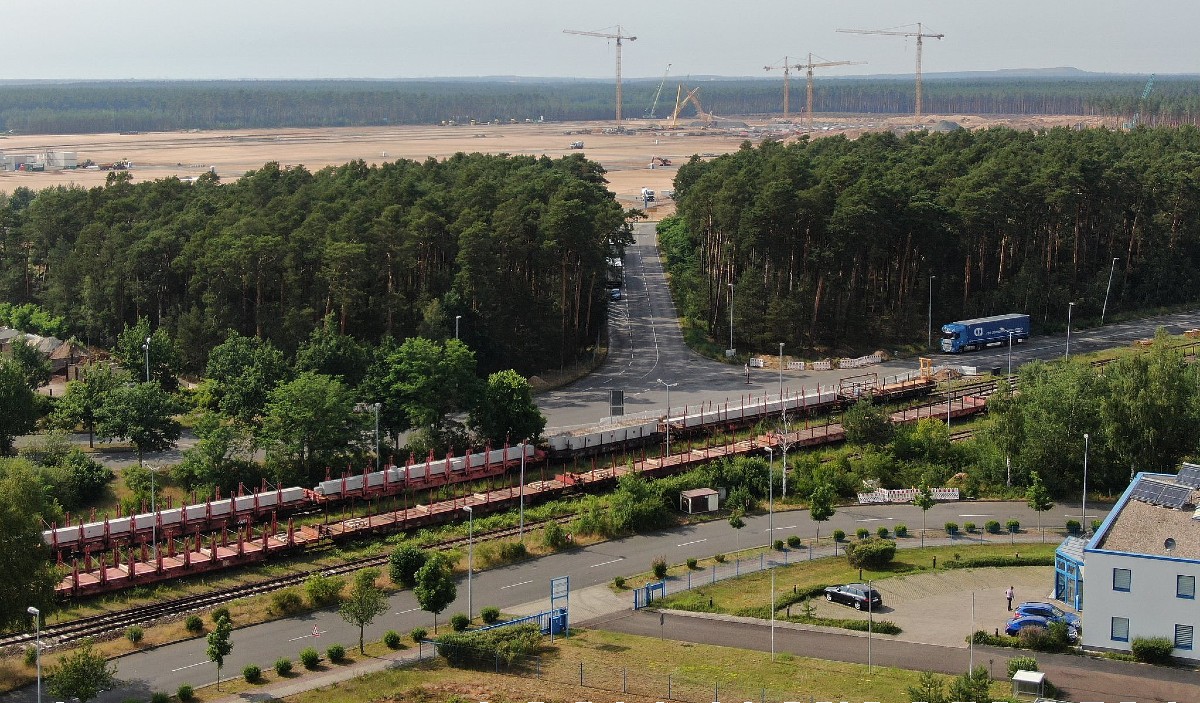 Tesla Giga Berlin’s building structure is about to begin construction

Tesla has been ramping the project since January, but recently the building foundations and preparations to begin the construction of the facility itself have started to take shape.

Photos from Tobias Lindh show a series of construction-grade pillars and beams being transported into the Giga Berlin property by a series of cargo trains that Tesla has been using since mid-May.

The appearance of the beams and pillars, along with past developments of construction crews initiating and completing foundational work, indicate the construction of the facility is imminent.

Pillars and Beams for the Building structure arrived today at #GigaBerlin.

The first train is already unloaded and a second train arrived. pic.twitter.com/BVAdieaurI

Tesla is working to remain on schedule with the Giga Berlin project and plans to begin producing the Model Y crossover at the facility by next July. On June 22, a fourth crane that will be used to lift and move heavy materials efficiently appeared on the site. These cranes will handle the load of incoming beams and pillars during the construction process.

The company’s contracted construction crews are also performing a series of foundational digs to begin setting the ground where the main facility will stand. Tesla received preliminary approval to begin performing foundational work in late May. A series of new foundational holes were spotted in the footprint of what will eventually be the main building of the facility.

Tesla has encountered its fair share of roadblocks and delays in the process of developing and building its Giga Berlin facility. Early on in the project, the company experienced pushback from local citizens over environmental concerns. Still, Tesla’s mission to drive sustainable energy and transportation into the European sector in a concentrated manner has led to the project being widely accepted.

On June 25, Brandenburg Economic Minister Jörg Steinbach visited the site. The German government official who has expressed an enormous amount of support for the electric automaker arrived with a fleet of Tesla vehicles to view the site’s progress.

Steinbach has been one of the most vocal supporters of Tesla’s presence in Germany. After citing economic benefits for Brandenburg State and Germany as a whole, the minster made every attempt to help the automaker remain on its tight schedule by using exemptions to move the construction process forward.

Eventually, Giga Berlin will produce 500,000 electric cars every year and will employ around 12,000 people. With only a year until the company’s planned beginning of production, crews are moving quickly and efficiently to remain on schedule, and the shell of Giga Berlin could be coming very soon.

Tesla Giga Berlin’s building structure is about to begin construction