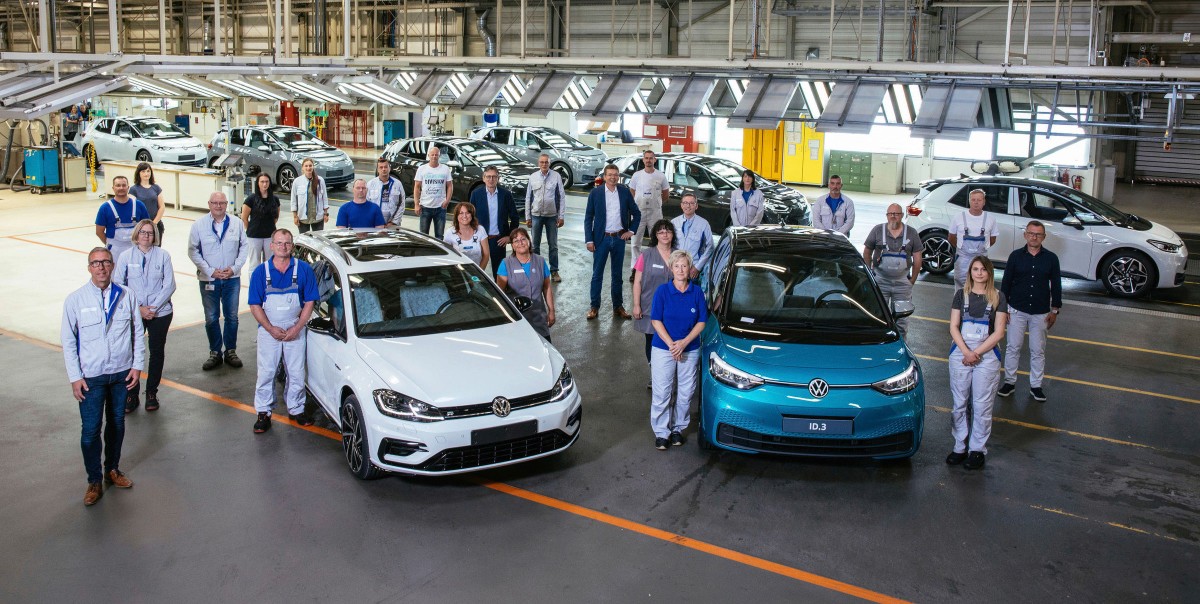 German automaker Volkswagen has built its final internal-combustion engine vehicle at its Zwickau plant in Mosel, Germany in an effort to transition to the production of electric cars. The production facility will now only produce EVs for Volkswagen, Audi, and Seat.

Volkswagen has been vocal about its intentions to eliminate gas-powered cars in its fleet, working toward developing a sustainable lineup of exclusively battery-powered vehicles. The German automaker took a giant step toward sustainability today after the final combustion engine left the assembly line the Zwickau car factory, the company announced in a press release.

“Today is a historic day for us,” Reinhard de Vries, Managing Director of Technology and Logistics at Volkswagen Sachsen, said. “We are proud of what we have achieved so far, and at the same time are greatly looking forward to what the future holds for us. The trend towards electric mobility will continue to pick up speed. We will meet this demand from Zwickau: we have already created the capacity to build 330,000 vehicles next year.”

Volkswagen’s next plans for the Zwickau factory include an expansion that will increase the annual production rate from around 200,000 cars to over 300,000. The company has already started expanding portions of the Zwickau production facility, and Volkswagen plans to be finished the project sometime this Summer. The company will begin producing its first electric vehicles at Zwickau by the end of the year, starting with the ID.4 and an SUV from VW’s sister brand, Audi.

Since Zwickau’s production lines became active in 1990, 6,049,207 Volkswagen models have been built at the facility. The Polo, Golf, Golf Estate, Passat Saloon, and Passat Variant configurations of the German automaker’s vehicles have been made at Zwickau since September 1990.

Volkswagen’s focus is now on the electrification of its fleet as it looks to continue a tradition of automotive excellence, Chairman of the General Works Council Jens Rothe said. “Zwickau is steeped in German automotive tradition. Our team has always delivered excellent performance and built vehicles with excellent quality. We have gained the trust in the Group to become the first location to start fully electric large-scale series production.”

The 8,000 employees who currently work at the Zwickau facility will be trained and certified in “handling high-voltage systems as a part of various training measures,” Volkswagen said. The focus with Zwickau employees was to help them adapt to the new infrastructure and not require any replacements or furloughs as a result of the updated goals at the plant. The team will complete 20,500 days of training by the end of the year that will ensure long-term job security for the current employees of the plant.

Even though Volkswagen’s push to electrification started in Saxony with the ID.3, the German giant’s intentions to begin transitioning its fellow plants to build only electric models indicates the company is all-in on a sustainable future. The company seems ready to put its Dieselgate scandal in its rearview mirror and purely focus on its sustainably-focused future.