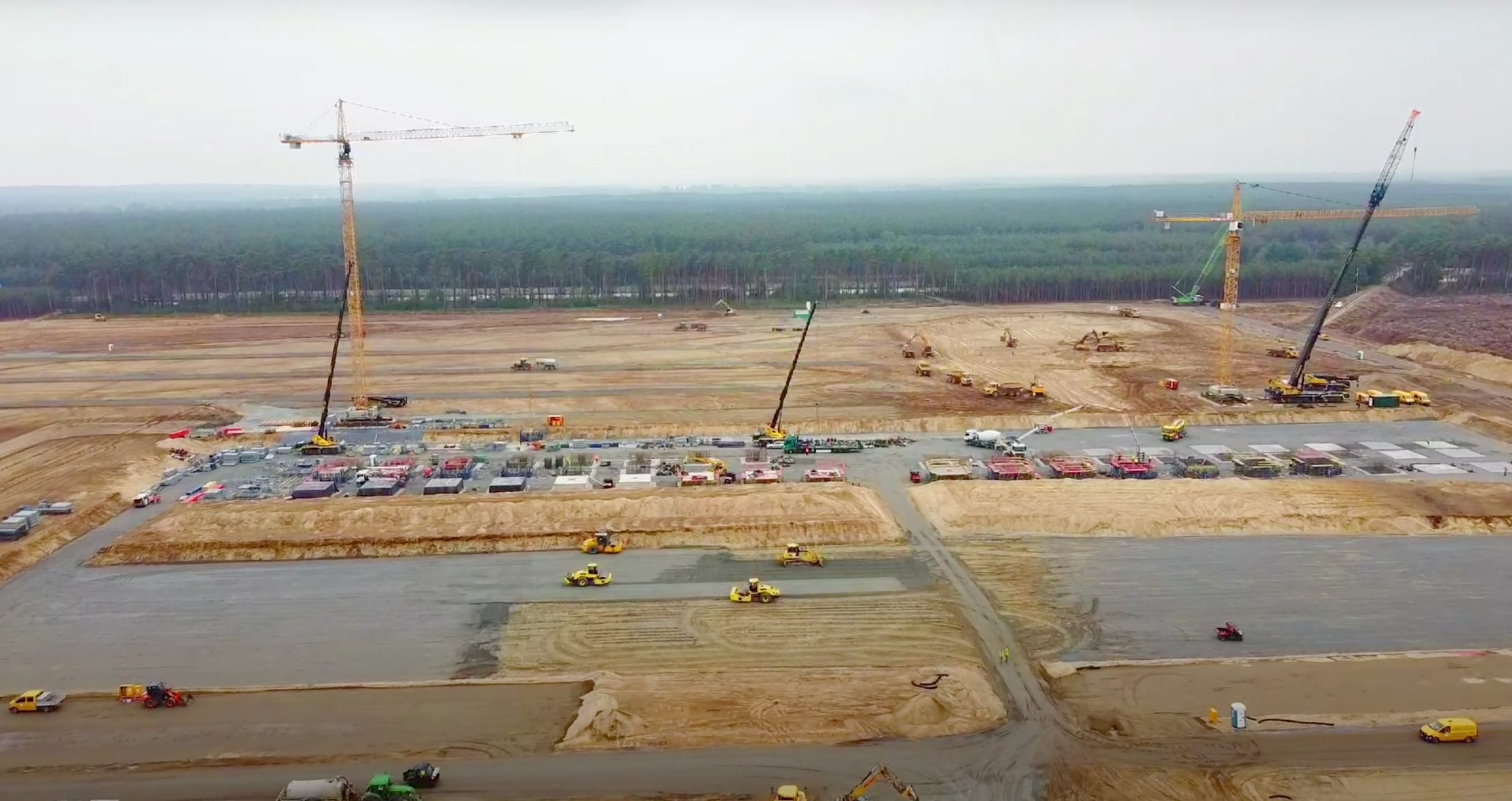 The pace of construction at Tesla’s upcoming European “Giga Berlin” factory continues to gain steam, with crew and supply trucks making a significant push toward the completion of the first phase.

A recent video captured by @Gf4Tesla shows an eighteen-wheeler with piles of structural steel packed onto a trailer, and high activity taking place around the site for the new foundation.

Tesla received preliminary approval to begin foundational work on the Giga Berlin site in late May. The State Environmental Agency granted the electric automaker’s contracted construction crews to start establishing a base for the future production facility. Its first steps were to lay gravel roads on the site for construction vehicles to travel on, followed by load tests that assessed the ground’s structural integrity.

Since late May, crews have made substantial progress on the site. In early June, the first cemented areas were laid down as teams had finally started foundational developments by laying flooring and footings for the cement to set.

According to CDMG, an engineering firm located in Canonsburg, Pennsylvania, near Pittsburgh, steel foundations are a surefire way to avoid issues with soil. There is no indication that Giga Berlin’s land is equipped with poor soil quality, but it could lead to extra foundational strength in the future. It could be a precaution to ensure the building’s structural integrity.

Tesla plans to begin production of the Model Y initially at Giga Berlin, which will start in July 2021. The plant is expected to manufacture around 500,000 vehicles a year and employ 12,000 people.

Despite numerous setbacks in construction due to COVID-19 and approval delays, Tesla has managed to stay on schedule with the development of the Giga Berlin facility. It will be the first Tesla plant that builds the company’s electric vehicles in Europe and will supply the continent with electric cars.

Tesla also started its international rollout of the Model Y earlier this week as the first crossover was delivered in Canada. CEO Elon Musk has indicated that European Model Y customers will have to wait until Giga Berlin starts production to receive their crossovers, which will eliminate the price hikes due to exportation fees.