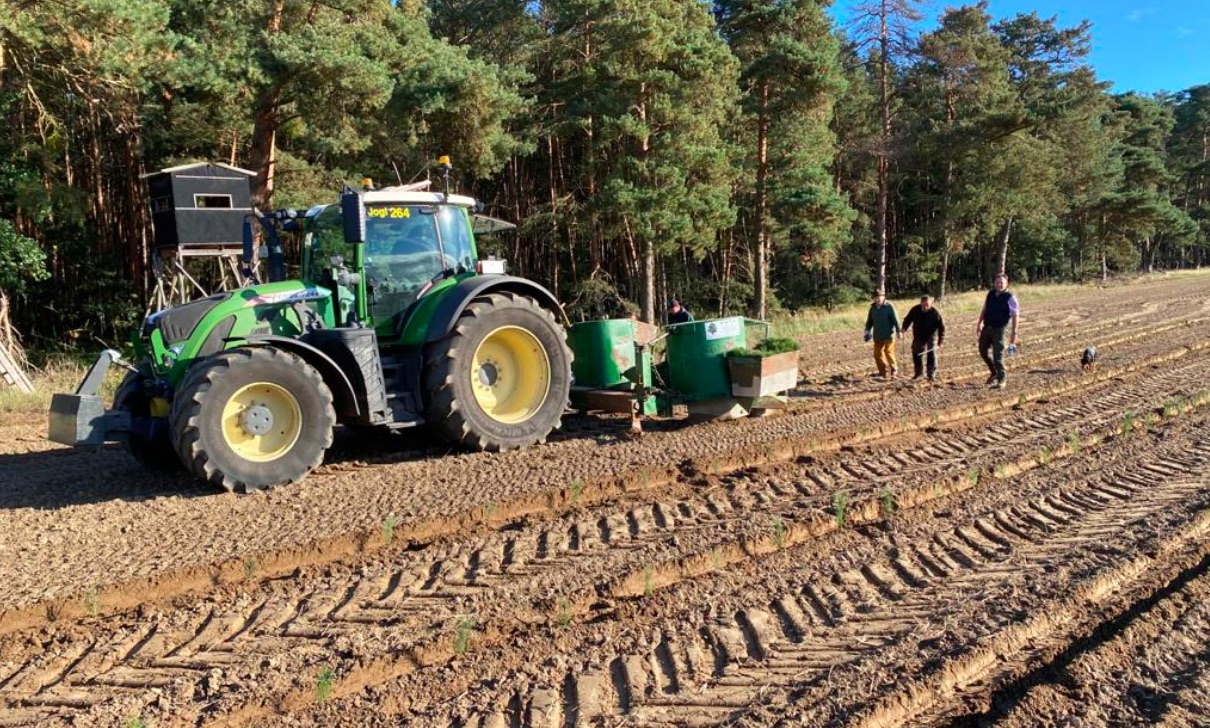 Tesla’s reforestation efforts for the Gigafactory Berlin site have officially begun, with the Naturraum für Generationen planting 50,000 seedlings in two days. These efforts mark the start of Tesla’s massive reforestation initiative in Brandenburg, which is required of the electric car maker due to its tree-clearing activities at the Giga Berlin site earlier this year.

The announcement was shared by the NfG on its official website and Twitter account, with the organization stating that the project will begin with the planting of pine trees near Krügersdorf, Mixdorf, and Merz. The pines are expected to fill about 30% of the target reforestation areas. Overall, the organization is aiming to plant over 200,000 tree saplings and bushes by the end of the year.

With pine trees making up 30% of the target afforested area, Naturraum für Generationen has stated that the remaining 70% of the land will be populated with deciduous trees. The planting of these trees is expected to begin in November, after the first frost. About 133,000 deciduous tree seedlings are poised to be planted, allowing the target areas to become a mixed forest. About 22,000 bushes will also be planted to create a forest edge.

The organization noted that planting a mixed forest is pivotal, considering that non-monoculture forests are needed from an ecological point of view. Of course, there are risks involved in the reforestation initiative, such as weather and pests. But despite this, the NfG team is confident that the massive project could be successful. This was related by NfG Managing Director Axel Behmann in a statement.

“I am optimistic that our reforestation will be successful – after all, we have experienced consultants at our side. Of course, not all trees will survive, that has to be said very clearly. We assume that when the area is reduced in 5 years, around 75% of the trees will still be standing. All in all, an important contribution to climate protection,” he said.

Tesla has pledged that it will be planting three times as many trees that it will be clearing for Gigafactory Berlin’s construction. This proposal caught some criticism among some environmental groups, though it was supported by officials such as Grünheide Mayor Arne Christiani, who noted that the trees in the Giga Berlin site are of “inferior” quality anyway.