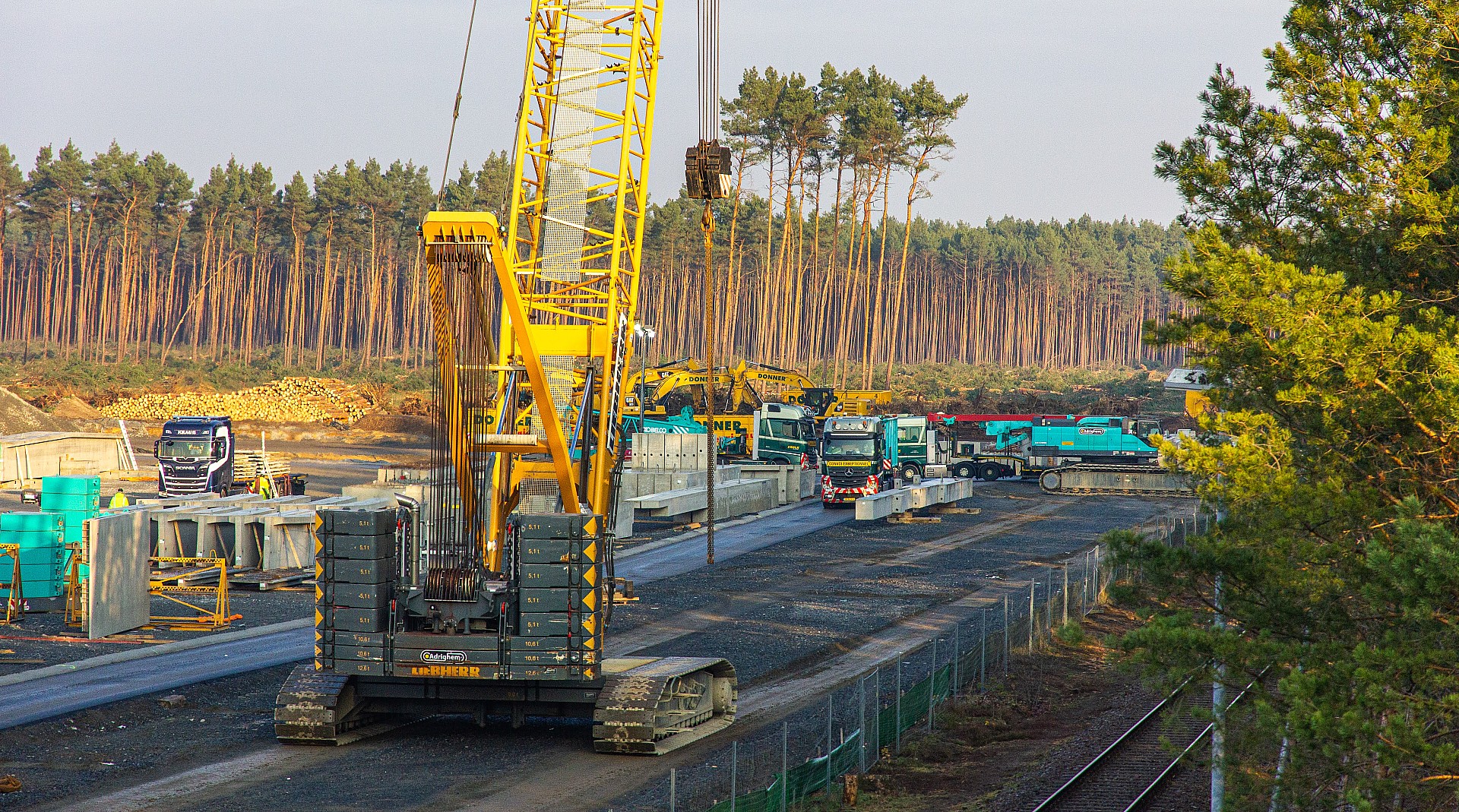 The Frankfurt (Oder) administrative court recently allowed Tesla to resume its tree-clearing activities at the Gigafactory Berlin complex, rejecting an urgent application from environmental organizations that called for a stop to the deforestation in the area.

This update should allow Tesla to resume the accelerated pace of Giga Berlin’s construction, including the buildout of facilities such as a dedicated battery facility that will be producing 4680 cells for the Made-in-Germany Model Y. News of the administrative court’s decision was posted on German news agencies on Thursday.

As noted in an rbb24 report, environmental associations NABU and the Green League called for a halt in the electric car maker’s tree-clearing operations on an 83-acre portion of the Giga Berlin complex. The groups stated that animals such as snakes and lizards could be threatened by Tesla’s operations.

Earlier this week, it appeared that the group’s efforts would bear fruit, with the court ordering a stop to Tesla’s tree-clearing operations. Christiane Schröder, Nabu Brandenburg’s managing director, shared the group’s opposition to Giga Berlin in a statement to local media.

“Although all experts know that even after two years of intensive fishing, it can hardly be ruled out that sand lizards and smooth snakes will be killed during such a construction project, it is claimed here that after two months you can be sure that you have caught all the animals is ‘completely impossible,’” she said.

If the administrative court’s recent decision is any indication, however, it would appear that the tides had turned to the electric car maker’s favor, at least for now. This bodes well for Tesla, especially considering that Gigafactory Berlin is a pivotal part of the company’s strategy in the coming years, being a facility that produces the Made-in-Germany Model Y, which will be equipped with single-piece casts and a structural battery pack.

Elon Musk has mentioned that Giga Berlin will host one of the world’s largest battery plants, which is expected to feature an annual output of about 100 GWh. This is already quite impressive considering that Gigafactory Nevada, a dedicated battery plant operated jointly by Tesla and Panasonic, only has an estimated annual output of less than 40 GWh even with its updated 2170 cell production lines from the Japanese firm.