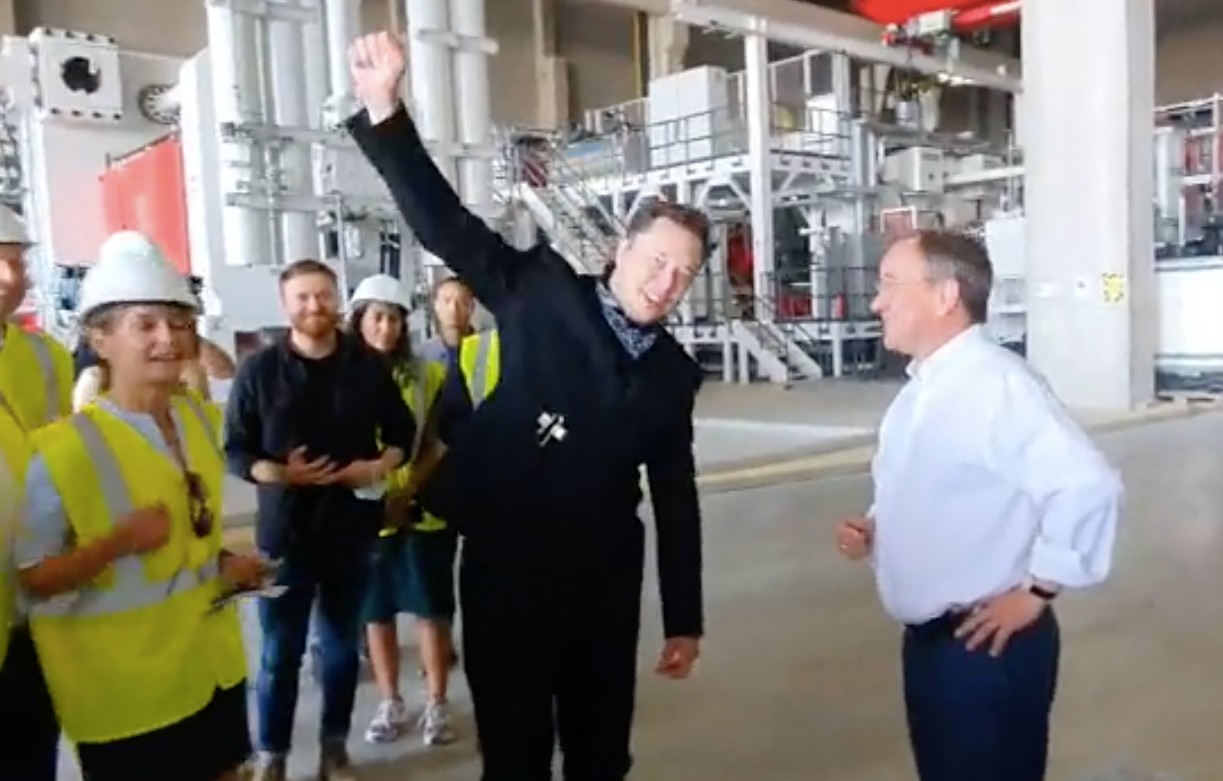 Tesla’s opening party for its Germany-based EV plant, which CEO Elon Musk describes as a “Giga Berlin-Brandenburg county fair & factory tour,” is in a few days. And while the excitement is palpable especially among electric vehicle enthusiasts, German police have noted that they are currently bracing for what could very well be traffic chaos due to the event’s attendees.

As per a report from BZ-Berlin, Tesla has hired a concert agency for its upcoming “Giga Fair.” The agency has extensive experience with open-air festivals, organizing concerts for musicians such as Sven Väth and Paul Kalkbrenner. With this in mind, it appears that the audio experience and fun factor for Tesla’s “Giga Fair” would indeed be through the roof.

The concert agency has not told the police or the public order office about the number of attendees to the upcoming “Giga Fair,” though the district office has allowed up to 9,000 visitors to the event. Police spokesman Roland Kamenz noted that with that many attendees, traffic could be an issue for the “Giga Fair.”

“Arrival and departure traffic will be a challenge. We use a hundred traffic police and motorcycle patrols to avoid traffic jams,” the police spokesman said.

The police’s concerns may be quite valid, as a good number of the event’s attendees might be coming to the Gigafactory Berlin site by car. Tesla has already started preparations for the “Giga Fair’s” visitors, however, with the company renting a space at the Freienbrink industrial park for its guests’ parking. Shuttles would then ferry guests from the Giga Berlin site to the industrial park.

The activities in the “Giga Fair” have yet to be specified by Tesla. However, food and drink stands are expected to be set up around the event’s area. Test drives will likely be happening between the factory hall and the motorway as well, as hinted at by a runway that has recently been paved in the Giga Berlin complex. It remains to be seen which vehicles Tesla would feature for its test drives at the “Giga Fair,” though the Model Y Performance might be a good contender due to its speed and the fact that it would be built at the Gigafactory Berlin site.