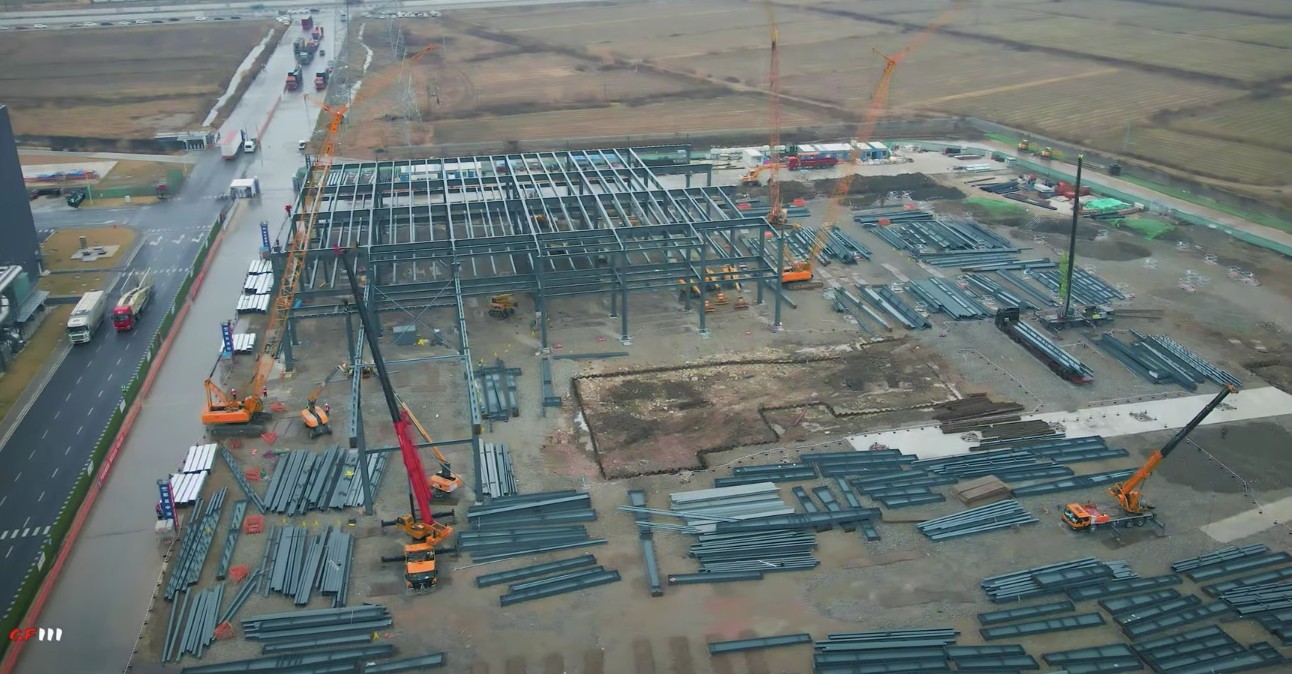 Tesla’s Gigafactory Shanghai facility seems mostly complete. Its Phase 1 and Phase 2 areas are operational, and both facilities are already producing the Made-in-China Model 3 and Model Y en masse. Yet if a new drone flyover of the Giga Shanghai site is any indication, it appears that the electric car maker is not done, as work is currently underway in what could very well be a potential “Phase 3” area.

Drone operator Wu Wa, who has followed the progress of the Gigafactory Shanghai complex since its early days, recently captured some footage of the ongoing activities in the northeast side of the massive EV factory. As per the recent video, the area now hosts a massive steel structure being built, suggesting that something notable will be rising on the site.

Interestingly enough, the groundwork in the area also includes a section that looks quite similar to the spaces in Giga Texas and Berlin that’s allotted for the company’s Giga Press machines, which produce massive single-piece casts for vehicles like the Model Y. Giga Presses have been spotted in the Gigafactory Shanghai complex, though the machines seemed to have been deployed in the Model Y factory.

Tesla’s Giga Press machines are among the largest in the industry, and thus, they require massive foundations. Some of these foundations were visible in the Gigafactory Texas complex around October, and they provided a glimpse of the scale of the house-sized casting machines. If Gigafactory Shanghai’s “Phase 3” area is indeed getting some Giga Presses installed, then it may suggest that Tesla is looking to produce another vehicle in the facility in the near future.

Initially, Gigafactory Shanghai is expected to produce the Model 3 and Model Y, both of which are already being produced on the site. Since starting operations in the facility, however, Tesla China has also shared its intentions to produce a third vehicle in the country–a smaller, more affordable vehicle that would be priced around $25,000. The location for the production of China’s $25,000 vehicle has not been announced by Tesla, though it does make sense to establish a production line for the upcoming EV within the Giga Shanghai complex.

Watch a recent drone flyover of the Giga Shanghai complex in the video below.