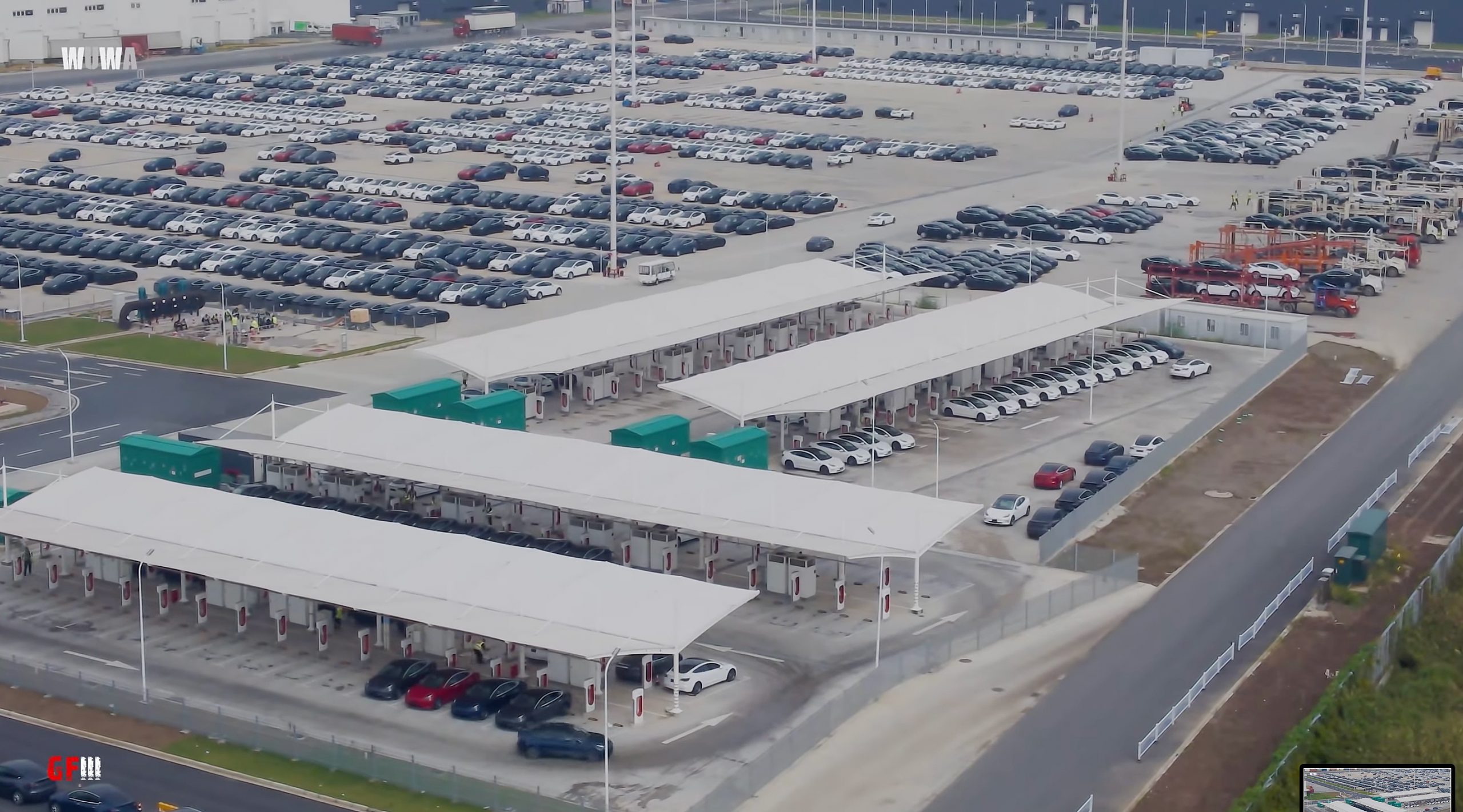 Tesla Gigafactory Shanghai does not seem content to rest on its laurels after a blockbuster September. A recent drone flyover of Tesla China’s factory revealed that the site remains a hub of activity, which may be just right, considering that the facility could soon be exporting the Model Y to the United Kingdom.

A recent visit from drone operator Wu Wa, who has followed the development of the site since its earliest days in October 2018, has shown that Gigafactory Shanghai’s production of the Model 3 and Model Y is still in full throttle. Footage taken of the facility’s holding lots showed vast numbers of the all electric sedan and crossover being transported from Gigafactory Shanghai as well.

Gigafactory Shanghai has evolved into one of Tesla’s biggest assets, with the facility dubbed by the company as its primary vehicle export hub in its Q2 2021 Update Letter. So far, Giga Shanghai has been spending about half of every quarter focusing its production on vehicles that are set to be exported, and the other half catering to the local Chinese market. Gigafactory Shanghai has already exported its vehicles to foreign territories such as Europe and Asia.

Giga Shanghai has effectively given Tesla’s Fremont Factory some breathing room as it ramps the production of the new Model S and Model X. Elon Musk appears to acknowledge Giga Shanghai’s contributions to Tesla’s overall operations when he personally praised the facility in the 2021 Annual Shareholder Meeting. “I’d just like to give a special hand to the Tesla China team. So it’s the best quality, lowest cost, and also low drama. So it’s great,” Musk said.

Gigafactory Shanghai’s role as Tesla’s primary export hub may just be beginning. Just recently, Tesla formally opened Model Y orders in the UK, and though the all-electric crossover was steeply-priced at £54,990 ($75,500) for the Long Range variant, the vehicle was listed with an estimated delivery date of early 2022. This estimated timeframe suggests that the Model Y, or at least its first deliveries, would likely be coming from Gigafactory Shanghai.

Watch a recent video of Gigafactory Shanghai below.