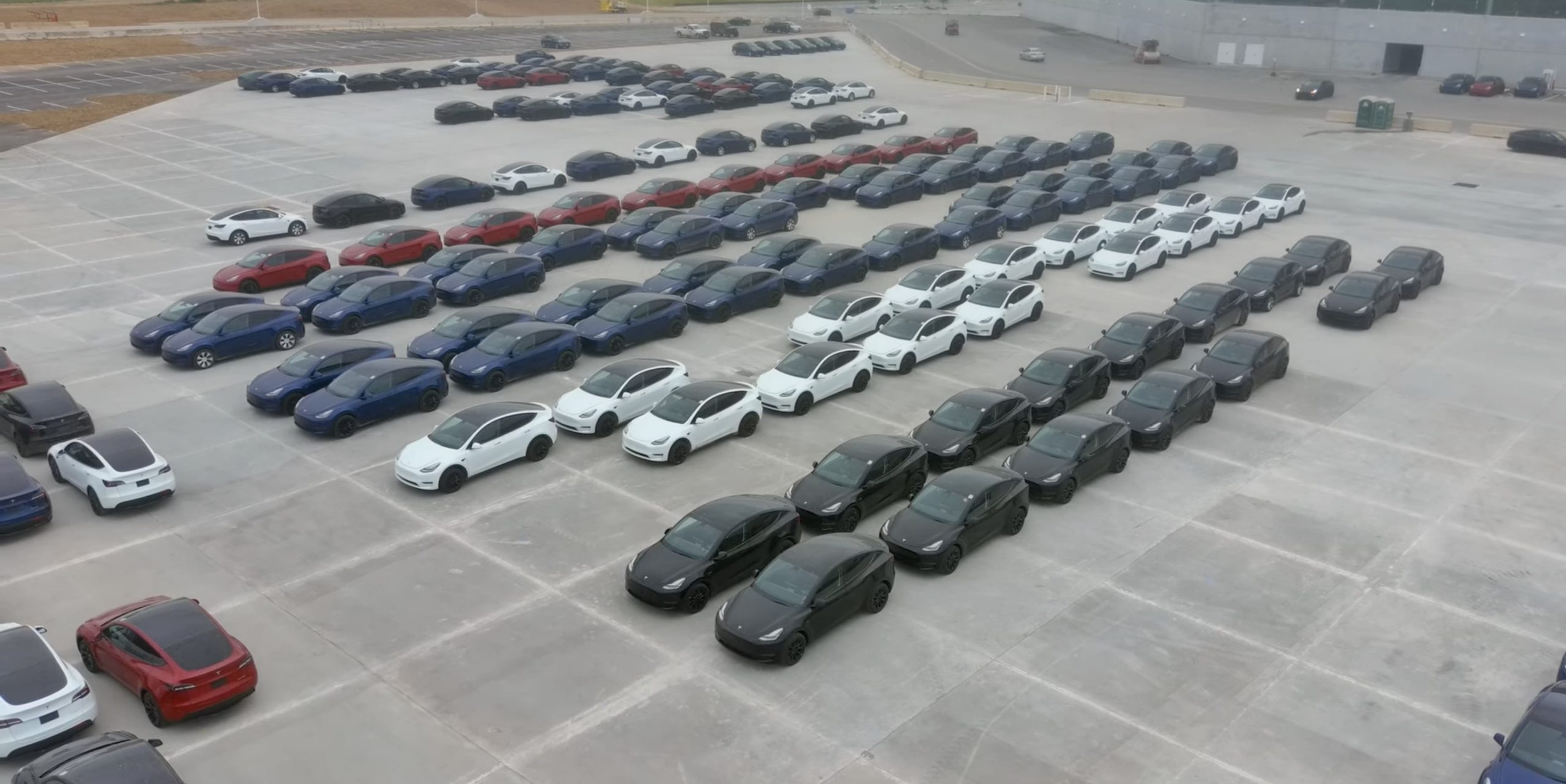 More freshly-minted Tesla Model Y vehicles were spotted on Giga Texas grounds recently. Tesla’s Austin Gigafactory will be instrumental to the EV manufacturer’s production goals for this year and beyond.

Tesla Gigafactory Texas has started producing Model Ys in various colors, including blue, black, white, and red. The only color not present at Tesla’s new headquarters is Midnight Silver Metallic.

According to Tesla’s order page, custom Model Y reservations ordered today have an estimated delivery date of October 2022 to January 2023. Giga Texas’s initial Model Y builds will be equipped with 4680 battery cells. However, Tesla recently revealed during its Q1 2022 earnings call that it plans to use 2170 cells in its Austin production lines later this year.

Tesla Giga Texas is currently in its early ramp stage of production. Elon Musk calculated that it usually takes 9 to 12 months for a factory to reach high-quality volume production. So the Austin Gigafactory will probably hit its stride of output around Q3 or Q4.

Tesla aims to produce 1.5 million cars in 2022 with the help of its Gigafactories in Texas, Berlin, and Shanghai. The Tesla Fremont Factory will contribute to Tesla’s production goals as well.

“So, as Zach said, we remain confident of a 50% growth in vehicle production in 2022 versus ’21. I think, we actually have a reasonable shot at a 60% increase over last year. So, let’s see,” Musk stated at the latest earnings call.

Tesla China is working hard to reach its production numbers before the latest Giga Shanghai shut down due to a COVID outbreak. Elon Musk predicted that Shanghai would produce more or less the same number of vehicles it did in the first quarter — provided there are no further issues that impede production.

Watch the latest drone flyover of Giga Texas below!