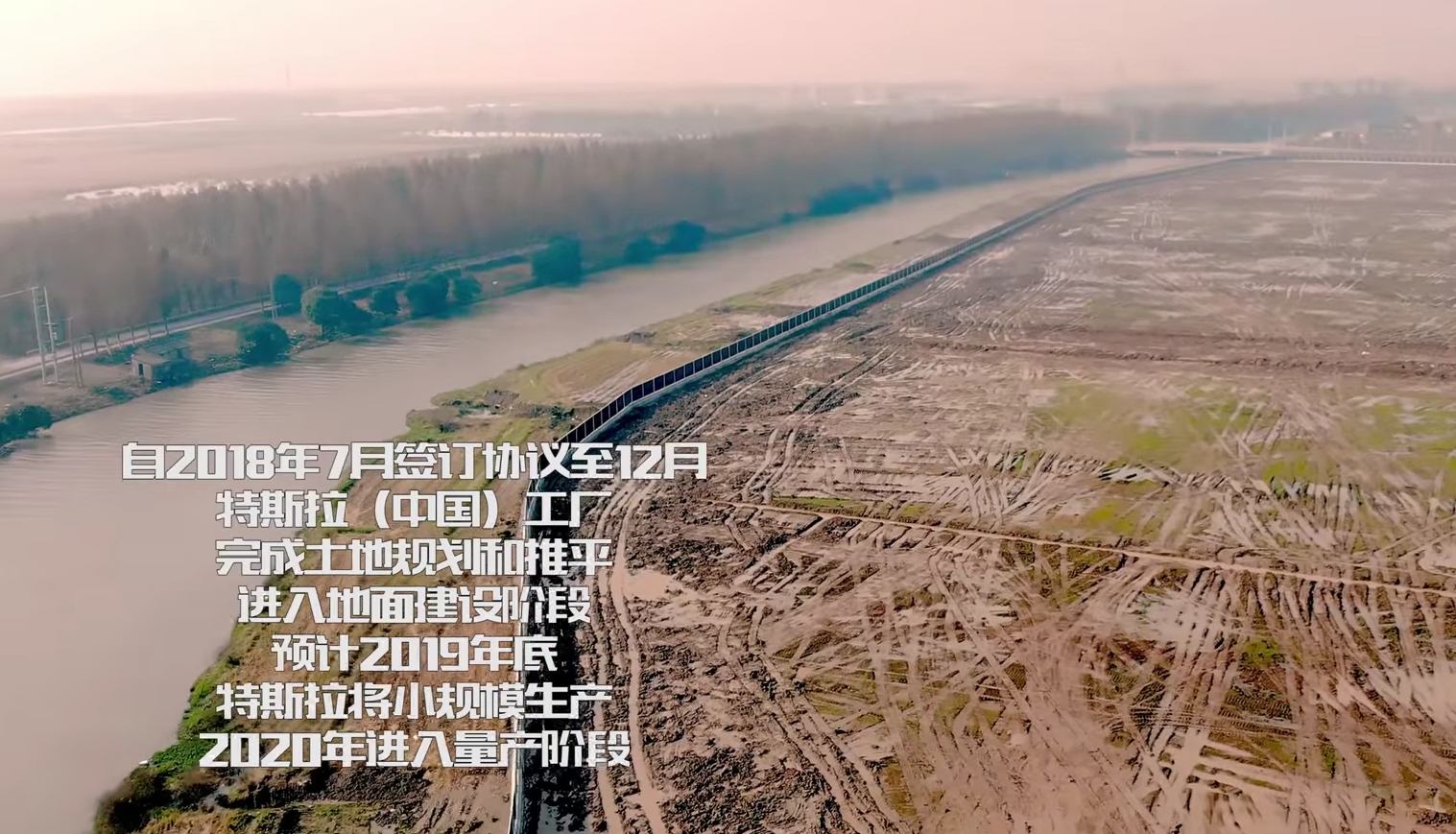 Elon Musk has arrived in China for the groundbreaking ceremony of Gigafactory 3. Set to be built in Shanghai’s Lingang Industrial Zone, the upcoming facility is expected to produce both batteries and electric cars for the Chinese market. Vehicles that would be produced in Gigafactory 3 include the Model 3 sedan and the Model Y SUV.

Clues about Tesla’s Gigafactory 3 groundbreaking event emerged this weekend, ironically after Tesla’s critics shared information about the route of Elon Musk’s private airplane. By late Sunday (early Monday morning in China), invitations for the event emerged online. Tesla owner-enthusiast @vincent13031925, for one, shared an image of an invitation for the Gigafactory 3 groundbreaking event, forwarded by a Shanghai Tesla Owner’s Group member.

As could be seen in the event’s invitation, guests for the Gigafactory 3 groundbreaking event can check-in as early as 14:30 local time. The event itself is expected to begin around 15:00-15:30 local time.

On late Sunday US time, Elon Musk confirmed his presence in China, stating that he was looking forward to the Gigafactory 3 groundbreaking ceremony. Musk also provided some details on the project’s timeline, stating that Tesla is aiming to complete the facility’s initial construction this summer, followed by Model 3 production beginning at the end of the year. High-volume Model 3 production in Gigafactory 3 is expected to start sometime next year. In a follow-up tweet, Musk added that the Model 3 and Model Y produced in the facility would serve the greater China region.

Prior to Elon Musk’s arrival, Gigafactory 3’s site, an 864,885-square meter plot of land in Shanghai’s Lingang Industrial Zone, has already been seeing a lot of activity. Last month, for example, a perimeter fence around the massive site was completed, paving the way for more work to be done. Shanghai Mayor Ying Yong and Vice Mayor Wu Qing also met with Tesla and its construction partners to encourage them to expedite the buildout of the battery and electric car factory.

Earlier this month, documents were shared online pointing to Tesla acquiring a construction permit to start building facilities for Gigafactory 3. Granted by the Shanghai Municipal Government, the permit is good for two stages of construction and effective for 180 days, beginning on December 29, 2018. The contractor listed for the project was China Construction Third Engineering Bureau Co., Ltd., a subsidiary of China Construction, a government-owned construction firm.

Interest in Gigafactory 3 appears to be high among China’s upstart workers. During a job fair that Tesla held for the facility at the Lingang Industrial Zone, the company ended up overwhelmed with applications that it was forced to extend its hiring hours. Some applicants interviewed by local media even revealed that they were from faraway cities, and they traveled hours just to get an opportunity to apply for one of the open positions for the upcoming facility.

Stay tuned for more updates as we follow this developing story.