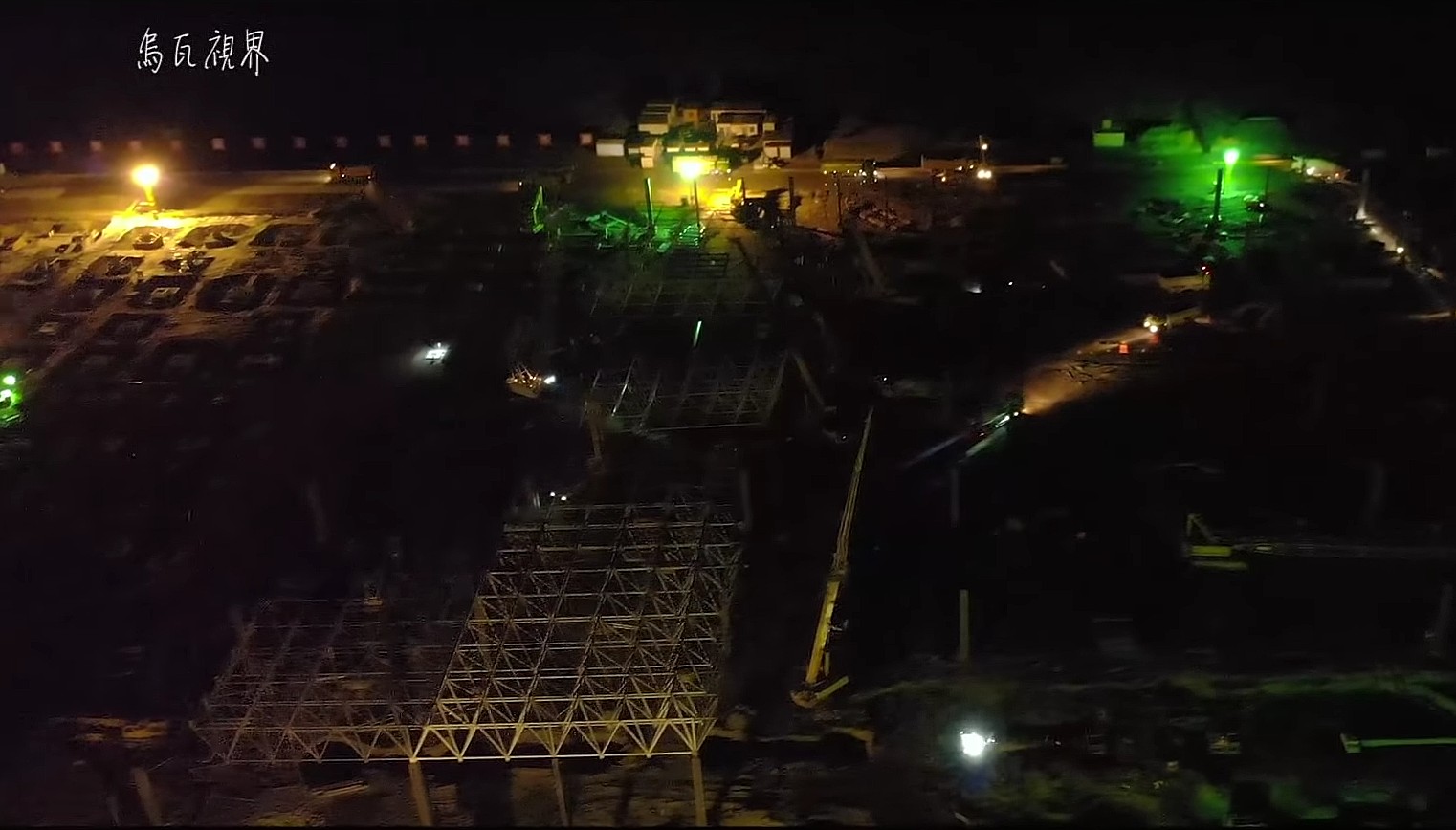 A closer look at Gigafactory 3’s overnight construction work has revealed several interesting details about the progress of Tesla’s upcoming factory in Shanghai. Two prominent elements are notable from the recently-shot drone footage. One, the work on site appears to have spread to other areas of the 864,885-square meter lot; and two, the ongoing work for Gigafactory 3 reveals a foundation that will quickly give rise to the upcoming building structure.

While the majority of the construction work being done on the site was still dedicated to the Phase 1 area where a general assembly building is expected to be constructed, other portions of the Gigafactory 3 lot are also ablaze with activity. This suggests that work on the upcoming facility has kicked into high gear, with China’s workforce now spreading their construction efforts for multiple projects.

This bodes well for the completion of Gigafactory 3. The timeframe for the facility has always been aggressive, with Elon Musk estimating that the initial construction of the electric car factory will be completed this summer. This already ambitious timeline was replaced by an even more aggressive timeframe by Shanghai official Chen Mingbo, who announced earlier this month that Gigafactory 3’s initial construction would be done this May. With multiple areas in the 864,885-square meter lot seeing activity, it will not be surprising if the Shanghai official’s estimates will be proven accurate.

Also impressive from the recent flyover is the presence of large, multiple square holes on the ground. These holes appear to be designed to hold prefabricated box beams for the facility’s roof trusses. The construction work in these areas also suggest that Tesla is using pile foundations for Gigafactory 3, which works well for the site considering that the ground in the location is loose and water-logged. From these initial components alone, it seems certain that Tesla and its construction partner, China Construction Third Engineering Bureau, are doing what they can to ensure that Gigafactory 3 will be durable enough to last decades.

Gigafactory 3 is expected to play a vital role in Tesla’s push into China. Dedicated to producing affordable versions of the Model 3 and Model Y, the upcoming factory will allow Tesla to compete on even ground against local competitors. China is the world’s largest electric car market, and if Tesla can breach it with premium, competitively-priced vehicles, the company’s efforts in the country could result in a lot of lucrative benefits.

Watch Gigafactory 3’s latest nighttime drone flyover in the video below, courtesy of 烏瓦 from YouTube.