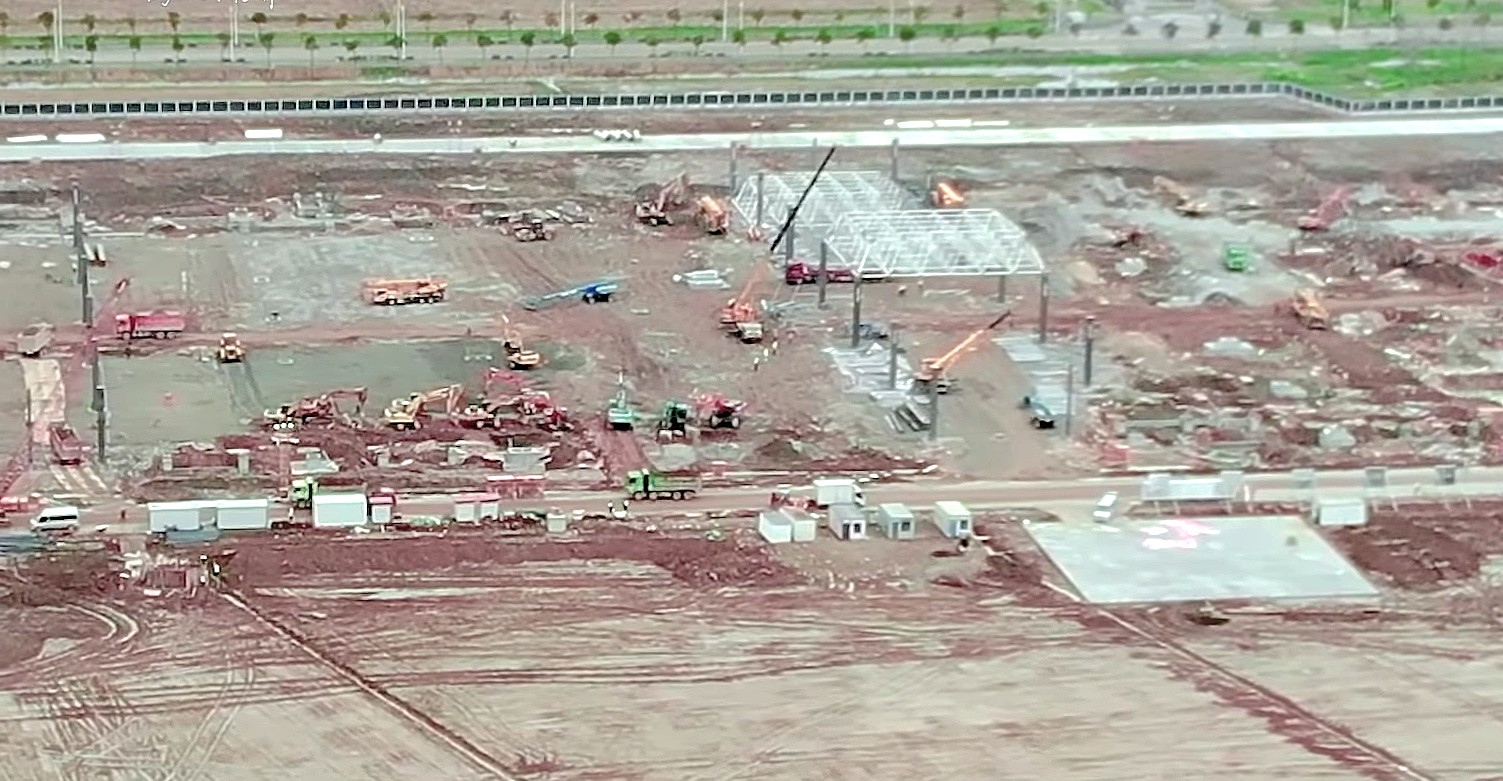 Tesla’s Gigafactory 3 in China continues to be built in a rapid manner, with recent drone flyovers of the site suggesting that work on the facility’s first sections is well underway. Provided that construction does not slow down, it would not be surprising if Gigafactory 3 does get completed within Elon Musk’s ambitious timeframe.

Footage of the site gathered by 烏瓦 and shared on YouTube earlier this week revealed the absence of pile drivers, machines that are designed to help prepare the soil for the laying of foundations, in key areas of Gigafactory 3’s lot. With the pile driving stage being complete, the first phase of the project, which is expected to include to the buildout of a general assembly building, is able to continue.

From the air, it is evident that large sections of the 864,885-square meter lot have recently been paved with cement. Steel foundations, the first of which was inaugurated recently, are also being set up. There were even areas where metal scaffolding was being installed. Other sections of the expansive lot were abuzz with activity as well, with heavy machinery and human workers moving soil to make way for more construction.

In one part of the video, the channel’s host asked one of the workers in the site about the schedules being adopted for Gigafactory 3’s construction. According to the worker, the construction activities in the location continue overnight. A surveyor on the site also mentioned that the facility is being built like building blocks, which would allow Gigafactory 3 to be completed quickly.

Based on this recent footage, it seems undeniable that Gigafactory 3 is being built in a rapid manner. With China’s construction workforce fully mobilized, the progress in the facility’s buildout has been impressive. Shanghai official Chen Mingbo mentioned that Gigafactory 3’s initial construction would be completed by May earlier this month. Such a target is undoubtedly ambitious, but seeing the progress of the facility’s construction so far, it seems that the Shanghai official’s estimates might prove to be realistic.

Gigafactory 3 is expected to host the local production of the Model 3 and Model Y’s affordable variants. The facility is expected to incorporate both battery cell production and vehicle assembly, allowing Tesla to manufacture its electric cars efficiently for the Chinese market. During Gigafactory 3’s groundbreaking ceremony, Elon Musk noted that he expects the facility to start producing the Model 3 by the end of 2019.

Watch the latest drone footage from the Gigafactory 3 site in the video below.