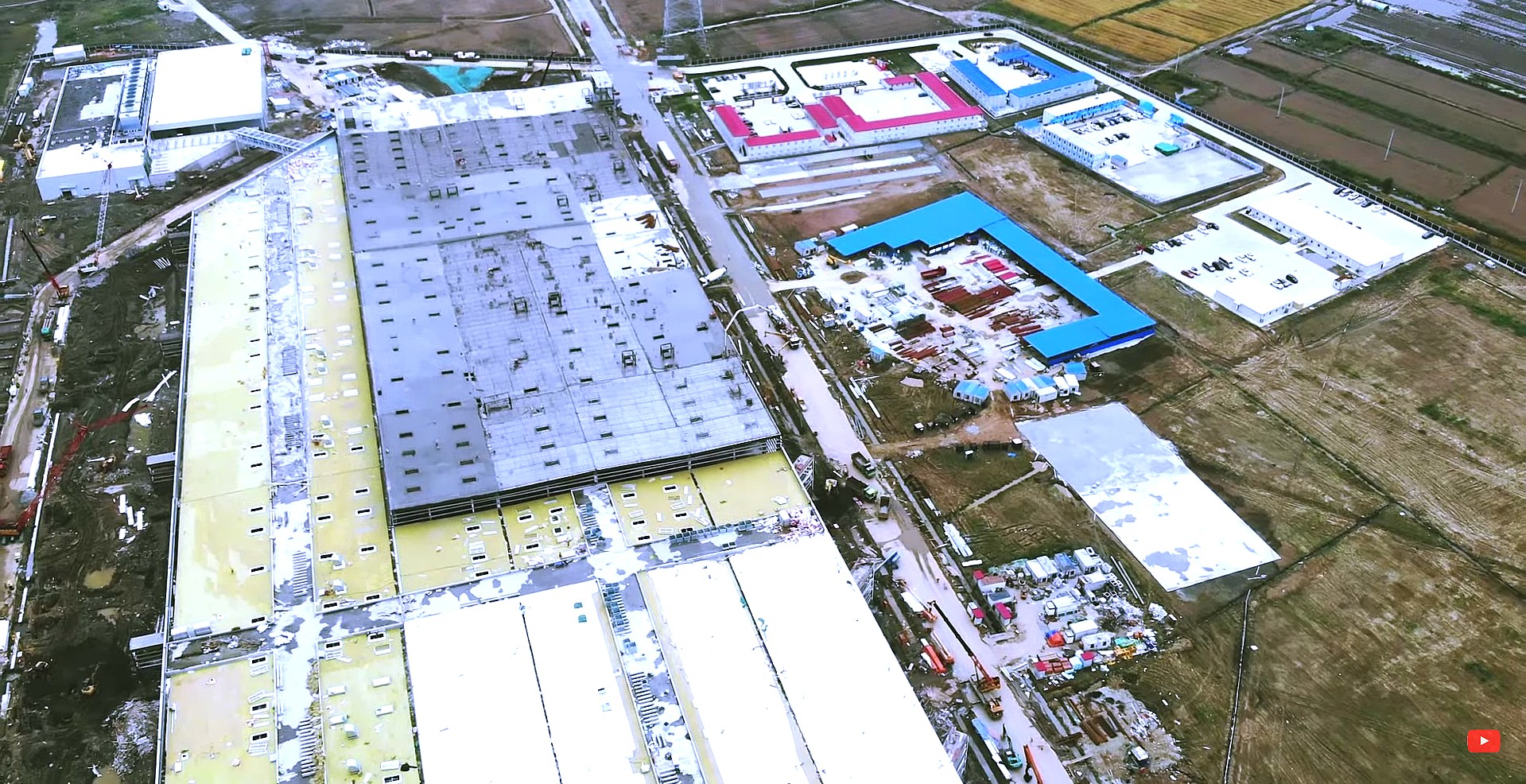 A recent flyover of Tesla’s Gigafactory 3 site in Shanghai, China, shows that work on the location continues to proceed at full speed. As could be seen in footage taken this Sunday, operation platforms are now present on the site, suggesting that the construction of the facility’s interior, as well as the preparations for the buildout of the factory’s assembly lines, is entering its initial phases.

Other signs of the work being done in the interior of Gigafactory 3 include the fewer number of cranes on the area. Updated images of the facility’s interior are yet to emerge, though it is not too farfetched to speculate that Tesla’s construction partner is now getting sections of Gigafactory 3’s interior ready for the setup of the Model 3’s production equipment.

Tesla intends to start manufacturing the Made-in-China Model 3 at Gigafactory 3 as early as possible. Provided that there will be no unexpected slowdowns in the construction of the facility, Gigafactory 3 might very well achieve its target of starting trial production runs of the Model 3 sometime in September.

Seemingly learning its lesson from the Model 3 ramp in the United States, Tesla announced during the launch of the locally-produced electric sedan that deliveries of the Gigafactory 3-produced vehicles will start in around 6-10 months. This aggressive timetable is actually quite conservative, as the Model 3 could start production in less than four months. Perhaps Tesla is trying its hand at under-promising and over-delivering? One can only hope.

With the rise of Gigafactory 3, Tesla’s presence in China has become more prominent. During a recent auto show alone, Tesla’s rather simple booth was crowded with visitors, with attendees taking a particular interest in the Model 3. Tesla has also started a children’s program at its stores in China, which is aimed at educating the young about the world’s transition to sustainable energy.

With Gigafactory 3 ‘s shell all but complete, it is now up to Tesla to get its production equipment set up as quickly as possible. While it will be challenging to match the speed and near-surgical efficiency of China’s workforce when they were constructing Gigafactory 3’s factory shell, Tesla does have some experience with rapid buildouts as well, in the form of the GA4 Model 3 line in Fremont, CA. The facility, which was the brainchild of Tesla President of Automotive Jerome Guillen, is credited for providing a boost to the company’s Model 3 production capabilities last year, allowing the electric car maker to produce 5,000 units of the vehicle in a week for the first time.

Watch Gigafactory 3’s latest flyover in the video below.