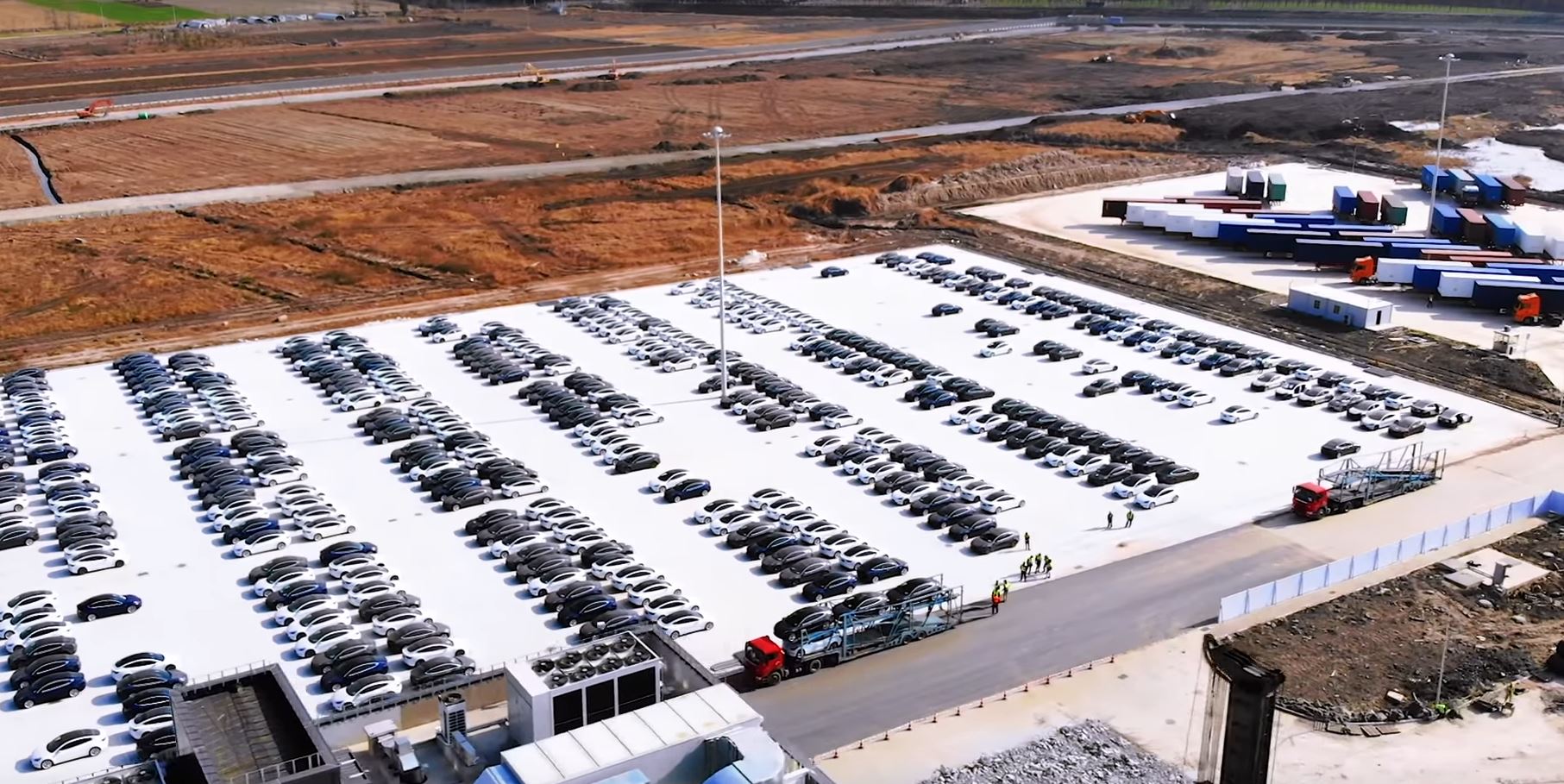 Tesla is expected to deliver the Made-in-China (MIC) Model 3 soon and it has now become normal to see Gigafactory 3’s holding lots filled with hundreds of electric cars. In recent days, more transport trucks have been seen leaving the facility to bring vehicles to delivery centers across China.

The recent video posted by drone operator Jason Yang on YouTube showed the busy grounds of Gigafactory 3 as Tesla staff moved locally-made Model 3 units from the parking lot to transport trucks. Another video by Tesla fan and owner JayinShanghai showed busy workers constructing what seemed to be a temporary holding area to accommodate the mass number of Model 3s rolling out of the factory.

“Temporary Parking Lot at Tesla Shanghai Gigafactory 3. Here is another video footage on the ground, while more and more MIC Model 3 come out of the factory they are in need of more parking space,” JayinShanghai wrote to describe his footage.

Following the announcement of China’s Ministry of Industry and Information Technology that Tesla’s Model 3 units made in the country will receive government subsidies, the U.S. electric car manufacturer has raised its game and filled the parking lot of its Gigafactory in Shanghai with Model 3 units. Car trailers hauling Model 3 out of the factory were also spotted around the same time.

Tesla also recently increased the prices of the imported Model 3 units coming to China to encourage the market to buy readily available locally-produced electric vehicles. The move increases the prices of the Model 3 Performance to roughly $72,400 and the Model 3 Long Range to about $62,500. Meanwhile, MIC Model 3 units will be sold for around $50,000 before government incentives, saving consumers around $3,500.

According to an industry analyst, Tesla’s positioning of the MIC Model 3 in the country will help attract younger customers and poach them from buying green cars from local makers. “Tesla is a very famous and hot brand in China. It is not only an EV car brand to consumers but also a brand of high-technology image,” said senior analyst at Shanghai-based consultancy LMC Automotive Alan Kang.

While the EV sales in China experienced a slump in recent months, the entry of Tesla is seen as a catalyst in the largest EV market in the world today.

You can watch the video from Jason Yang showing the MIC Model 3 units filling the Gigafactory 3 parking lot as staff load vehicles to car trailers:

Meanwhile, here’s the video showing the construction of a new temporary parking lot in the facility: